From internet-connected doorbells that help prevent burglaries to sensors that prevent frozen and burst pipes, the IoT could transform one of the planet's largest industries.

Many corporate investors and smart money VCs have placed significant bets on the Internet of Things industry, which is expected to see nearly $2B in annual funding to private companies in 2015.

After digging into company partnerships and news in the CB Insights database — across both Internet of Things startups and corporates — we found different ways the insurance industry is using the IoT to price risk, lower prices, and rollout new products. Here are 11 examples of how connected devices are changing the landscape for insurers and their customers. 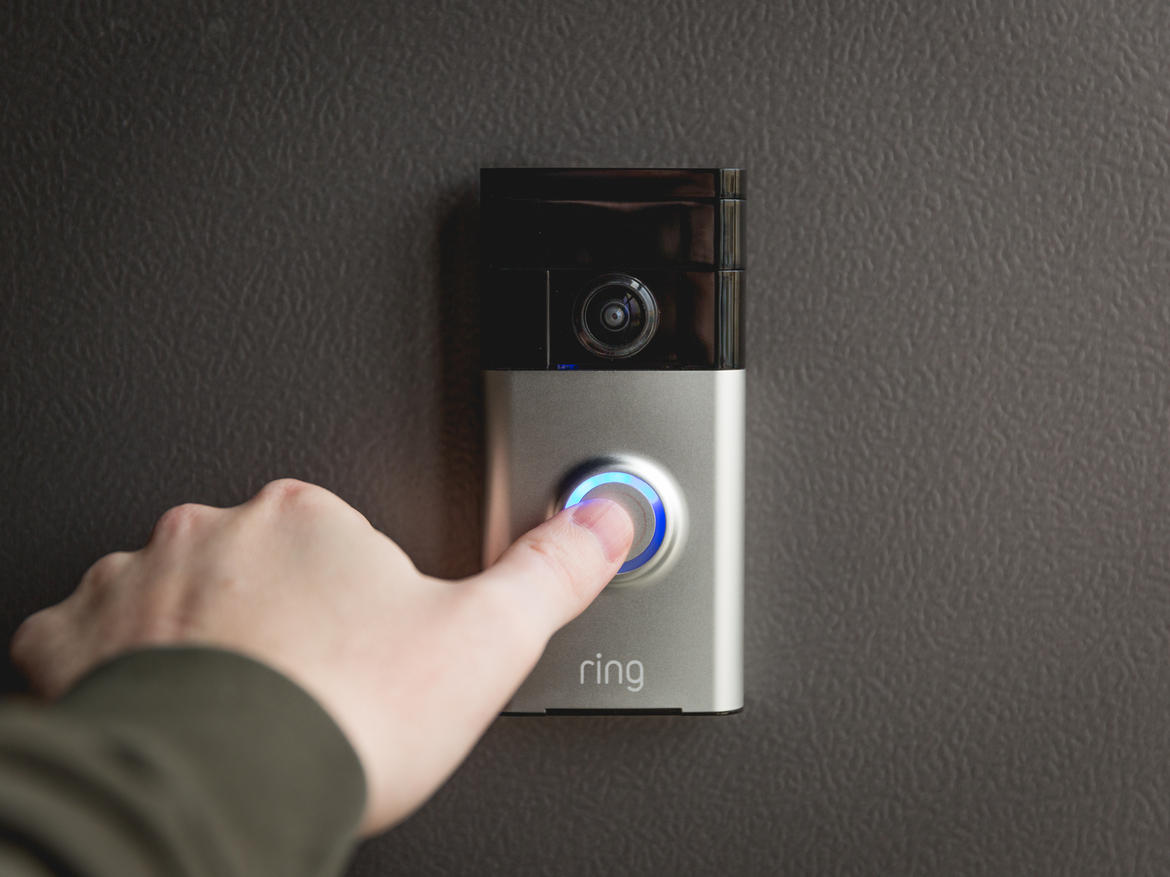 American Family Insurance, which is also an investor in the startup that develops the Ring doorbell system, is providing its home and condo insurance policy holders a $30 discount and the chance to qualify for a 5% deduction from their premiums once the device is installed. Moreover, in the event of a burglary Ring offers its users a refund on the insurance deductible.

Using a motion detector, the doorbell records videos of whoever approaches the door and uploads it to the cloud, even before they ring the doorbell. According to Ring’s CEO Jamie Siminoff, company data shows that using an internet-connected doorbell “dramatically reduces the likelihood of home break-ins.” Auttomatic co-founder Matt Mullenweg, True Ventures, and Upfront Ventures are among the investors in Ring. 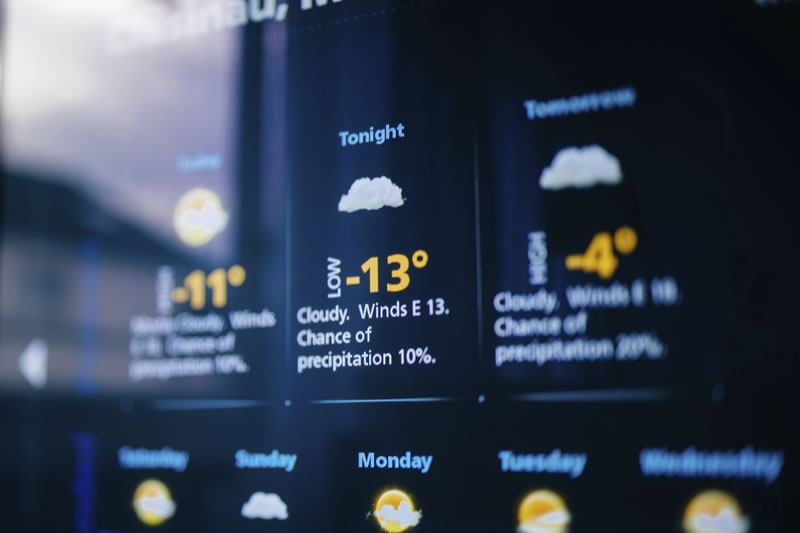 IBM recently acquired the digital assets of The Weather Channel, including The Weather Company’s digital assets (The Weather Channel app, but not the TV channel) and its massive network of data-collecting sensors, forecast locations, and facilities. The purchase also included WSI, a unit that licenses data to many industries such as agribusiness and insurance to mitigate risk. In the case of an emergency or impending natural disaster, the data can help insurers move to prevent some losses and estimate potential payouts. This sort of predictive data can save companies money in the long run. 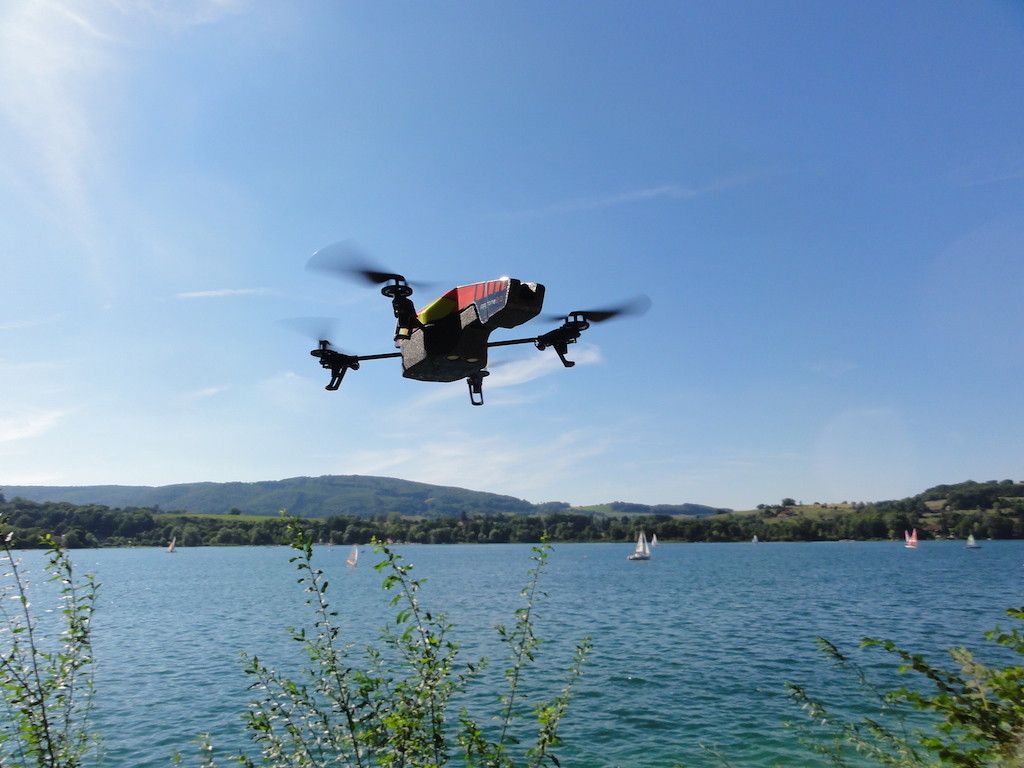 The world is still figuring out what the best applications might be for unmanned autonomous vehicles or UAVs like drones. But already insurers see the potential to make claims easier.

Overwatch, a high-risk insurance provider that is a division of Avalon Risk Management, has begun looking into the possibility of using the flying devices to assess property damage from above. Instead of sending an adjuster to a site to check out an individual claim, a drone could go directly to the site and inspect a property. The president of Overwatch told Insurance Journal that he foresees a time when an adjuster could go to a catastrophe site and use a drone to know “exactly where to go first and what’s most significant… within minutes.” Overwatch also is offering quotes on drone insurance. 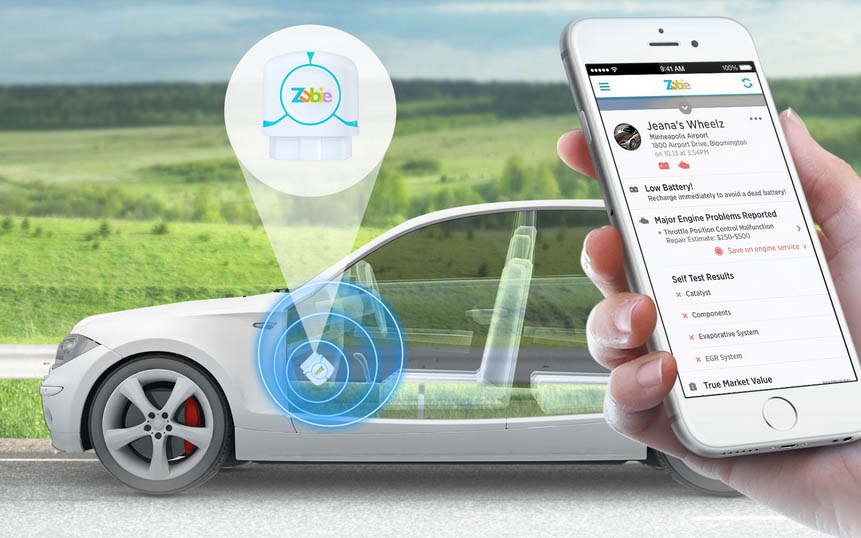 Zubie, which manufactures a dongle that plugs into any automobile, has partnered with Progressive Auto Insurance to quote the device’s users with usage-based rates. It works by giving Progressive users the Zubie plug-in device, have them drive with it for six months, then offer them a new insurance rate based on their driving habits. The in-car monitor also pushes user alerts if something like the engine needs repairing, and will even diagnose the likely problem.

The partnership allows Progressive to offer a new usage-based pricing without having to provide its own proprietary hardware. In the past, it sent users hefty black boxes to wire into the cars to record the drivers for the six-month period. 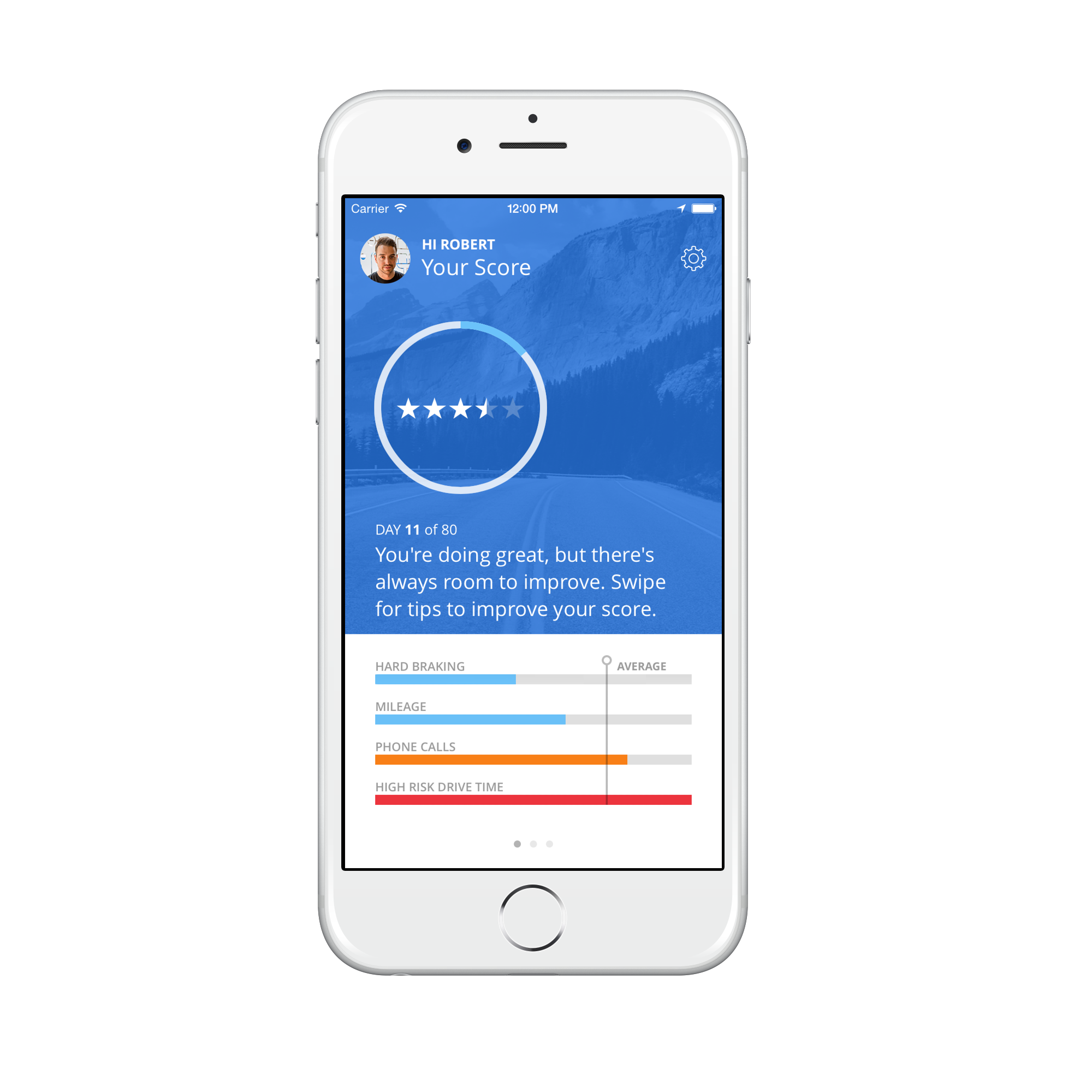 Censio, which makes an app that uses smartphone data to track user driver habits, has also teamed up with Progressive to share user data with the insurer. The app tracks similar data to what Zubie follows (see above), but intends to be a smartphone-only way to collect driving data.

The app uses the smartphone sensors and accelerometers to analyze car movements. For instance, if a car stops suddenly or makes a hard turn. For Censio users, the app helps instill good driving practices. For Progressive, it offers another product that powers usage-based pricing while avoiding hardware costs. 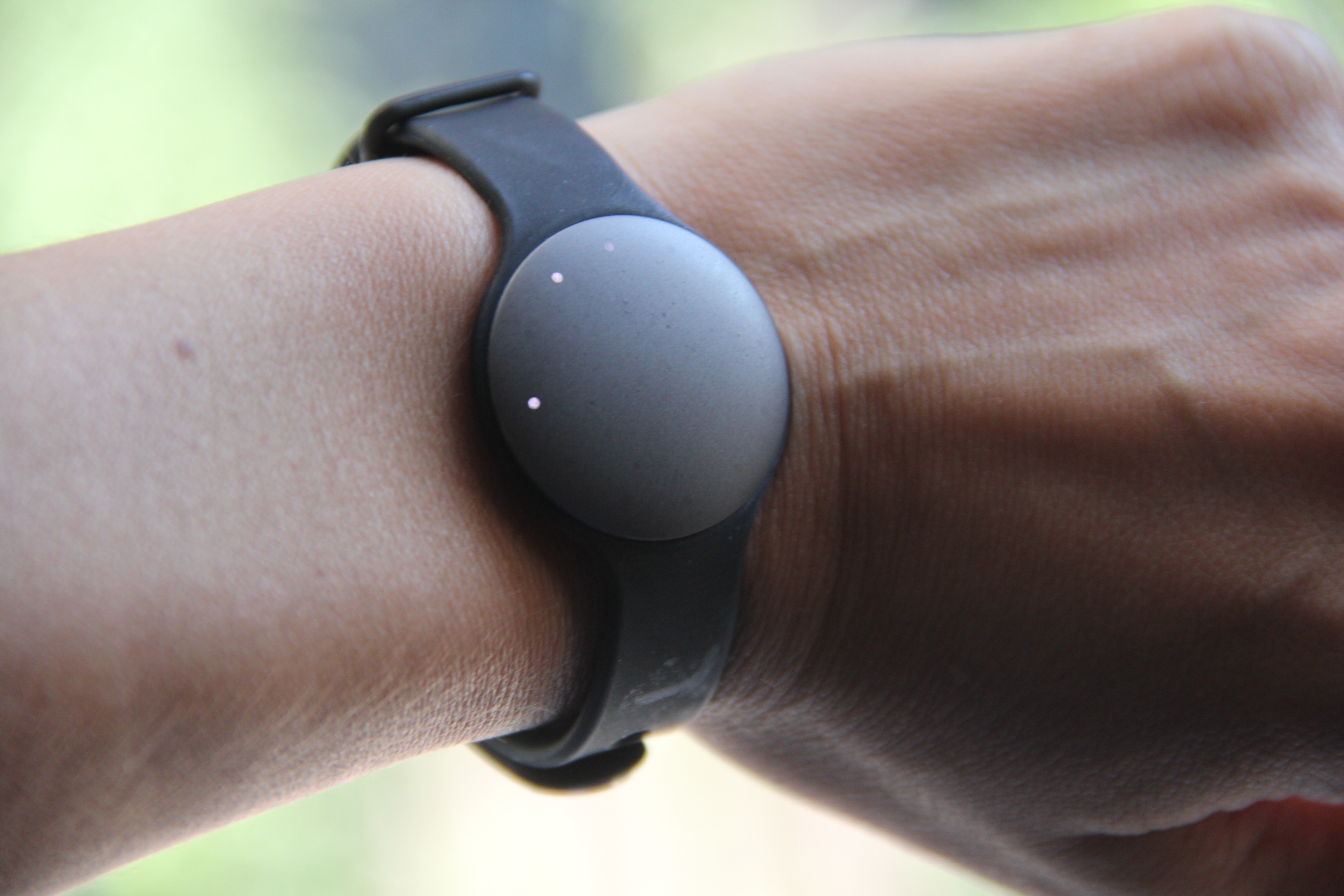 Oscar Health, the insurance startup that’s raised over $320M to date, announced a partnership with the Misfit wrist-worn wearable in 2014. With it, Oscar subscribers are given the chance to fulfill daily step goals. If they hit the goal 20 times in a month they receives a $20 gift card. In total, Oscar subscribers can receive up to $240 each year.

The payouts end up saving the company money since they lead to healthier customers and less doctor visits, according to the company. “It’s to prevent you from getting sick in the first place,” Oscar co-founder Mario Schlosser told Forbes. 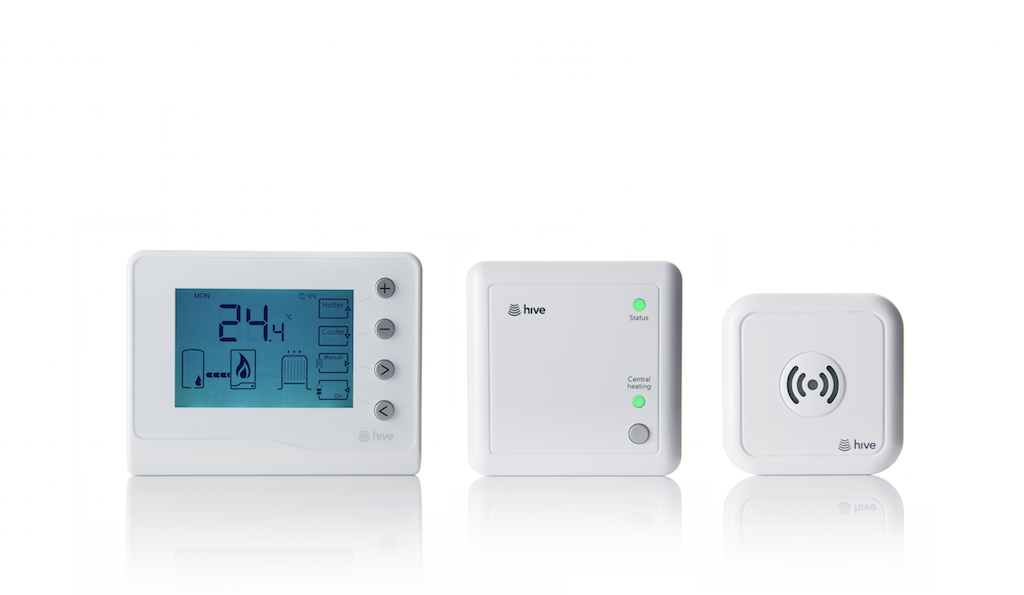 European insurance provider Axa is working with British Gas, which is offering their customers Axa-underwritten home insurance policies. Part of the partnership centers on the latter company’s popular Hive app. Hive is a connected home heating system that lets users control their home heating and hot water via mobile devices. Among other things, the Hive helps homeowners and landlords with frost protection. Users who buy Hive products are redirected to AXA’s website.

Google-owned Nest has been working to get its connected home devices into more houses by partnering with insurance companies like American Family and Liberty Mutual. The partnership not only helps offset the cost of the actual devices, but also informs the insurance companies that their customers have working smoke detectors.

Beyond ensuring that customers’ devices are up to date, connected home partnerships help protect homes against disasters. PURE Insurance, for example, gives discounts to people who install temperature monitoring systems. For PURE — which specializes in high-net worth homes — this alerts all parties about  emergencies like frozen pipes happen and helps minimize any damage to customers’ houses in the case of extreme temperatures. 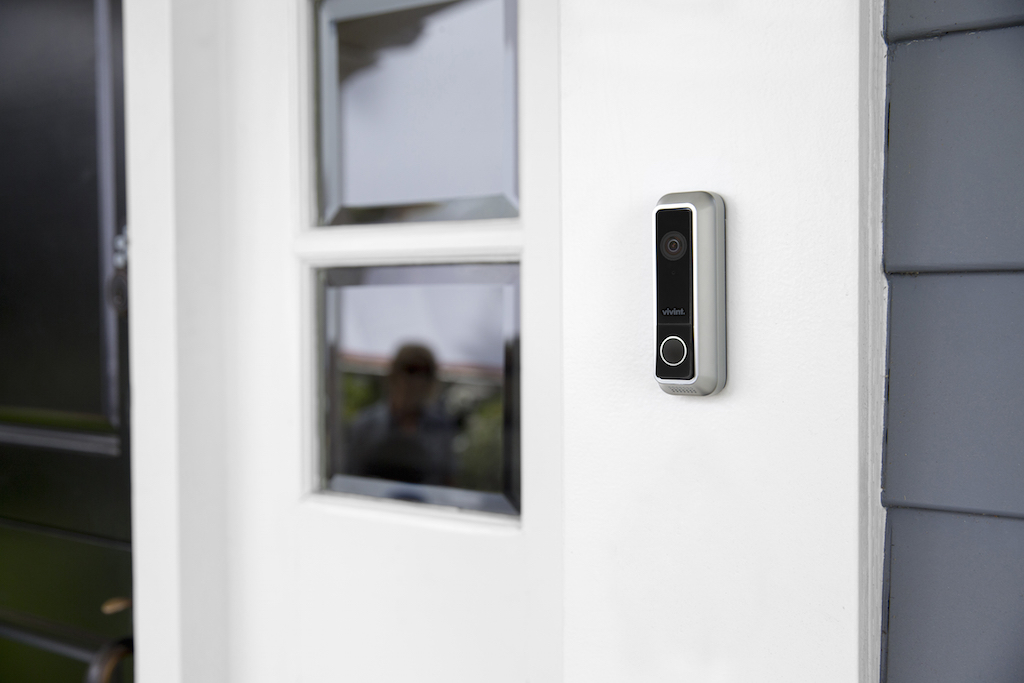 Vivint, the connected home device maker with a large portfolio of connected consumer security products, has struck a partnership with Liberty Mutual that gives insurance customers discounts on Vivint equipment and installation, as well as discounts on insurance. Vivint’s products let users know via a mobile app when a window is broken, if someone is using the front door, and even keeps track of lights and heating.

Vivint has a long roster of high-profile roster of debt and equity investors, including Bank of America, Goldman Sachs, Peterson Partners, and U.S. Bancorp. 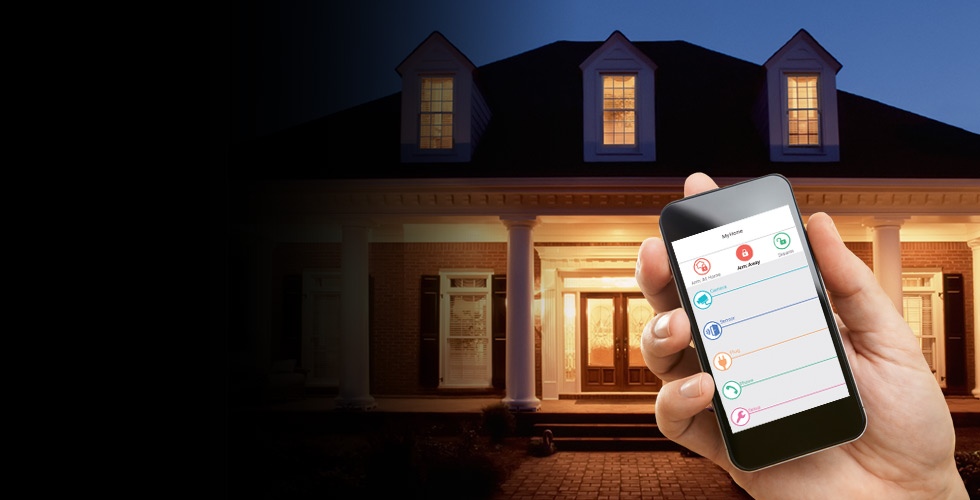 Connected home security involves all aspects of a home. Panasonic, for example, has a partnership with Allianz that will give German users of Panasonic devices offers centered on Allianz’s home protection services. Using Panasonic’s devices, if a water leak is detected or sensors discover broken glass, the devices inform both the user’s mobile device and alert Allianz, which dispatches repair teams to deal with the issue as quickly as possible or trigger a burglary alert. A locksmith service is bundled into the package.