Home appliances, medical devices, and smart building materials are just a few of the categories in which the Internet of Things is gaining significant momentum. Funding to IoT startups has more than doubled over the past 6 years. We used CB Insights data to identify top corporate investors in IoT startups, and tracked investments and deals.

Over the past 6 years, corporate investors, i.e. corporations and their venture arms, have joined in rounds that funneled $3.2B into the IoT space, across a total of 266 deals. At the current run rate, 2015 will nearly double last year’s dollar total for rounds involving corporates, at 89% year-over-year growth in funding. Deal count is on track to quadruple since 2010. 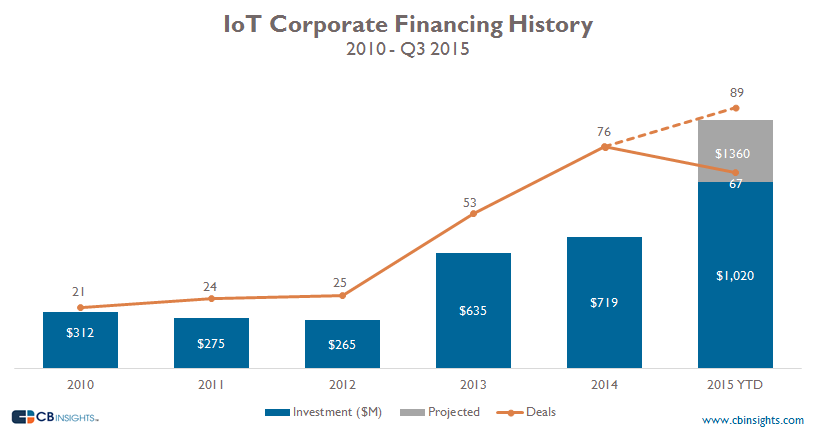 Diving into the quarterly trends, the first quarter with more than 10 deals was Q2’13, which included notable rounds to Enlighted, which develops energy-saving smart home and building systems ($20M Series C); as well as late-stage rounds to smart pill company Proteus Digital Health ($45M Series F) and smart-glass maker View ($60M Series E). Since that quarter, the count of deals involving corporates has remained in the double digits, ranging from 11 to 28.

This past quarter Q3’15 was the highest in funding through deals involving corporates, thanks in large part to a $150M Series G to View, along with $36M in financing to Sensity Systems, a lighting tech startup. 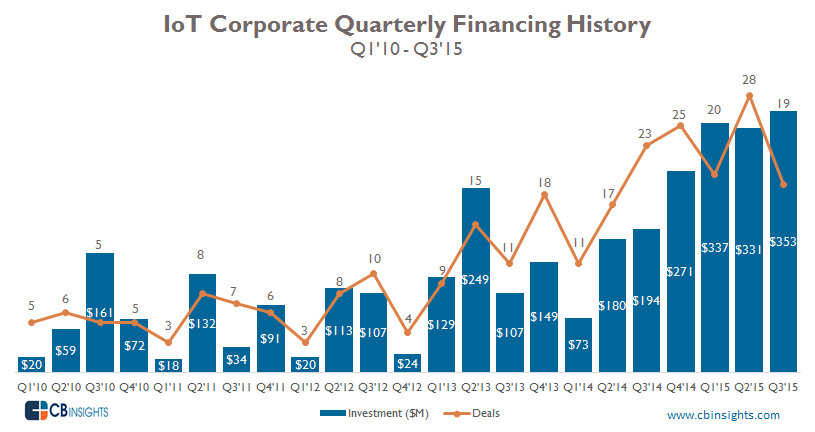 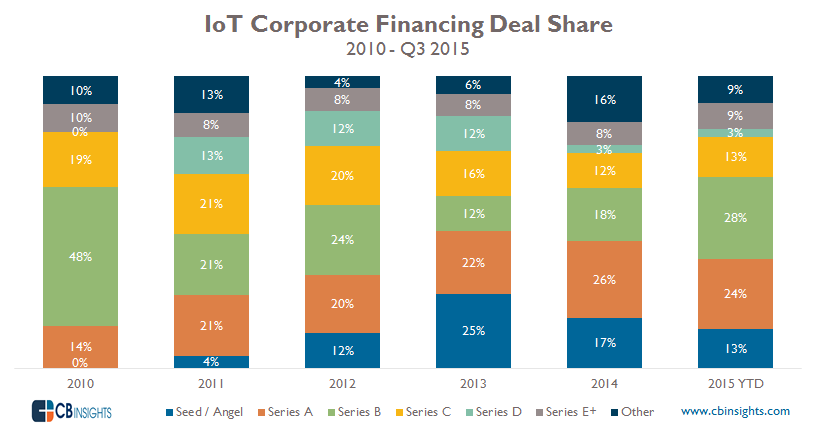 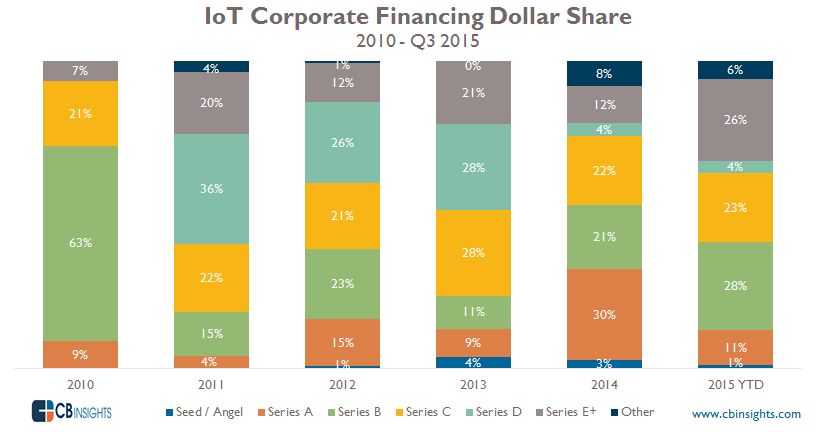 The top three most active corporate investors are involved in the semiconductor industry or networking technology. With the IoT demanding ever-smaller chips and specialized networking infrastructure, this area clearly offers them strategic value.

We used CB Insights’ Business Social Graph, which shows how top investors and target companies in any industry are interrelated, to visualize these corporates’ investments. 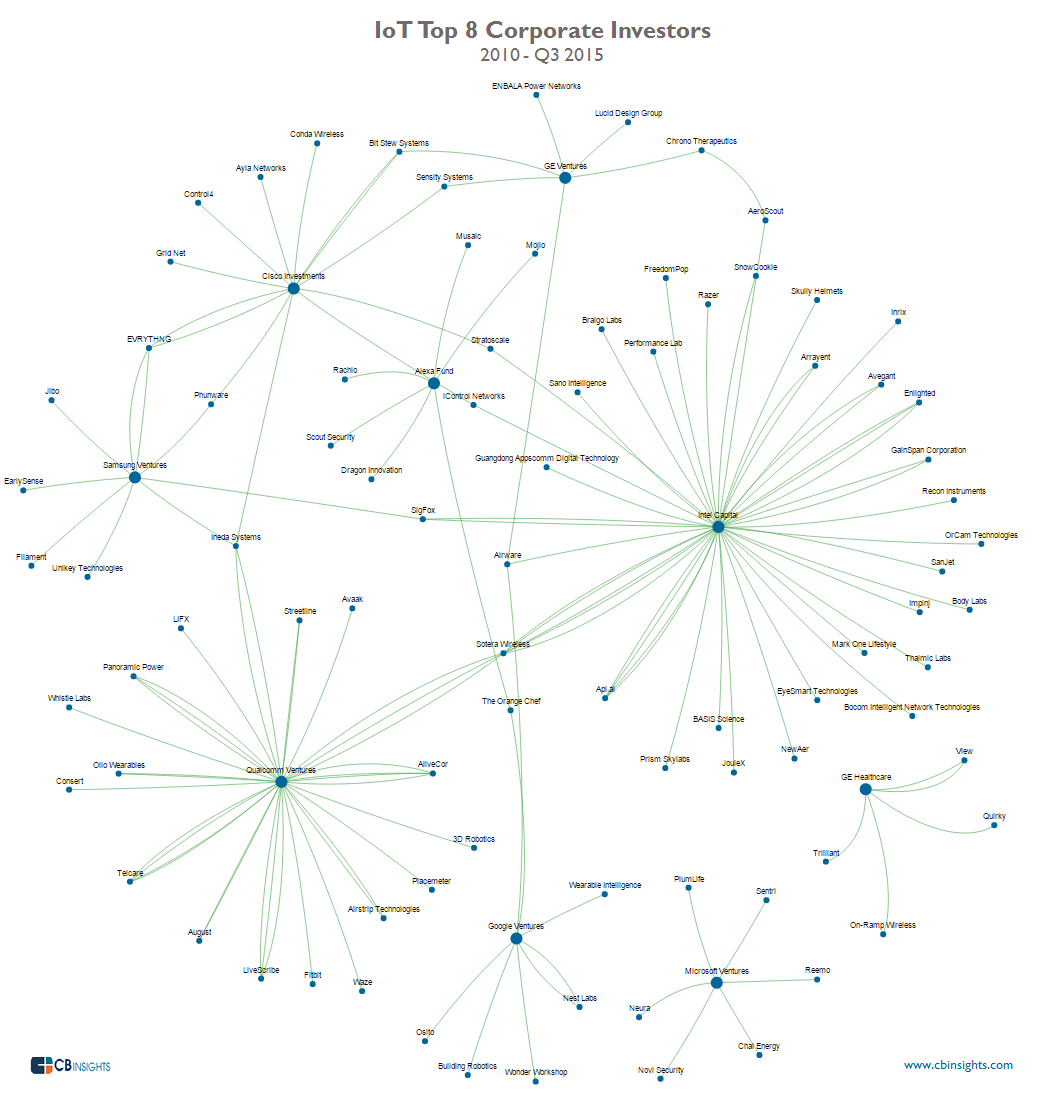 Drilling into early-stage deals, we see many familiar names on the most active investor list. Once again, Intel Capital tops the list, followed again by Qualcomm Ventures.

Third most active in early stage IoT investment was the Alexa Fund, Amazon’s new investment arm named for its Alexa product (the cloud-based voice-activated digital assistant powering the Amazon Echo). The $100M fund opened for business at the end of Q2’15 and focuses on voice-controlled hardware and software. So far, its IoT investments have included Rachio, a connected irrigation system and Scout Security, a home security device, among others. 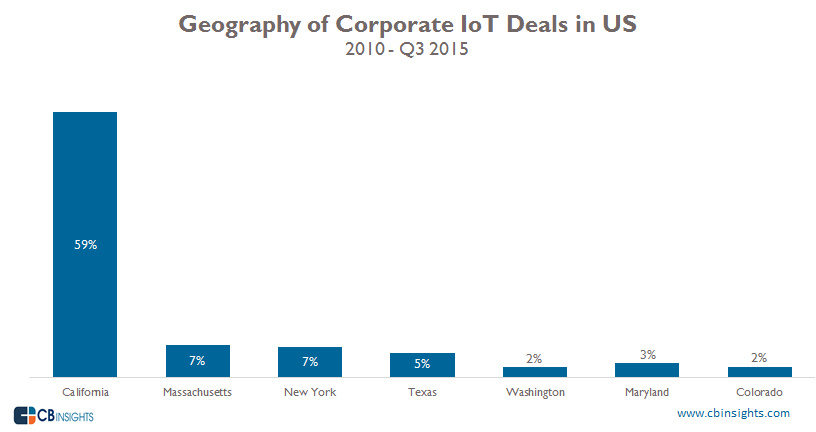