From policy-comparison engines to tech-enabled health coverage and insurance tools for on-demand workers, startups are invading the multi-trillion dollar insurance industry — and investors are chasing them.

Companies targeting the insurance tech space raised $2.12B since 2010, a whopping $1.39B of which has come since the start of 2014, according to CB Insights data. 2015 is already the biggest year on record for insurance tech, as the chart below highlights, spurred by Zenefits’ huge $500M round. 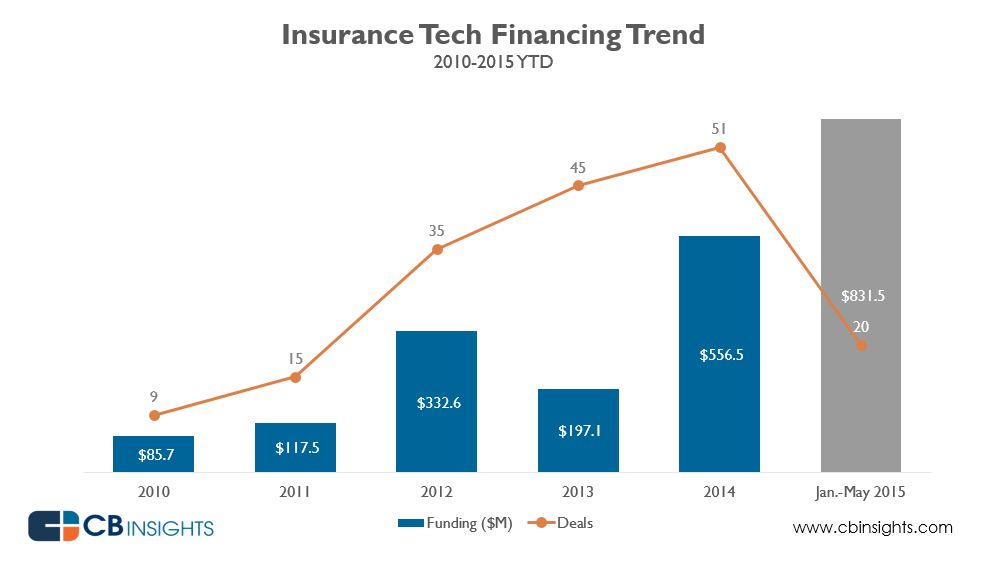 In 2010, the Affordable Care Act was signed into law in the United States, creating new opportunities for consumer health-insurance providers. And since the start of 2010, 56% of all insurance-tech startups are providing solutions aimed at health insurance — more than all other insurance markets combined. Health insurance tech companies that have raised funding since the start of 2014 include Oscar, Gravie, Stride Health, Collective Health, and Navera. The remaining 44% of companies that raised funding over the period spanned a diverse set of insurance markets, and included auto insurance comparison engines, insured storage services for bitcoin, and crop insurance tools. 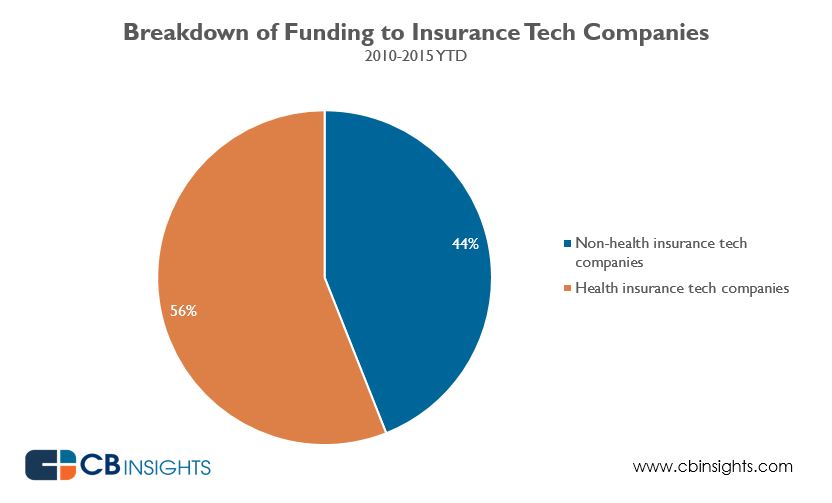 Since the start of 2010, over 290 different investors (across all types) completed a deal in the insurance-tech ecosystem. In 2010, the number was less than 20. The new investors included VCs — such as Founders Fund and Andreessen Horowitz — as well as corporate venture capital and strategic investors, including Mayo Clinic and BlueCross BlueShield Venture Partners. The Business Social Graph below highlights the rapid investor growth. (The graph’s green lines connect investors to the companies they’ve invested in.) 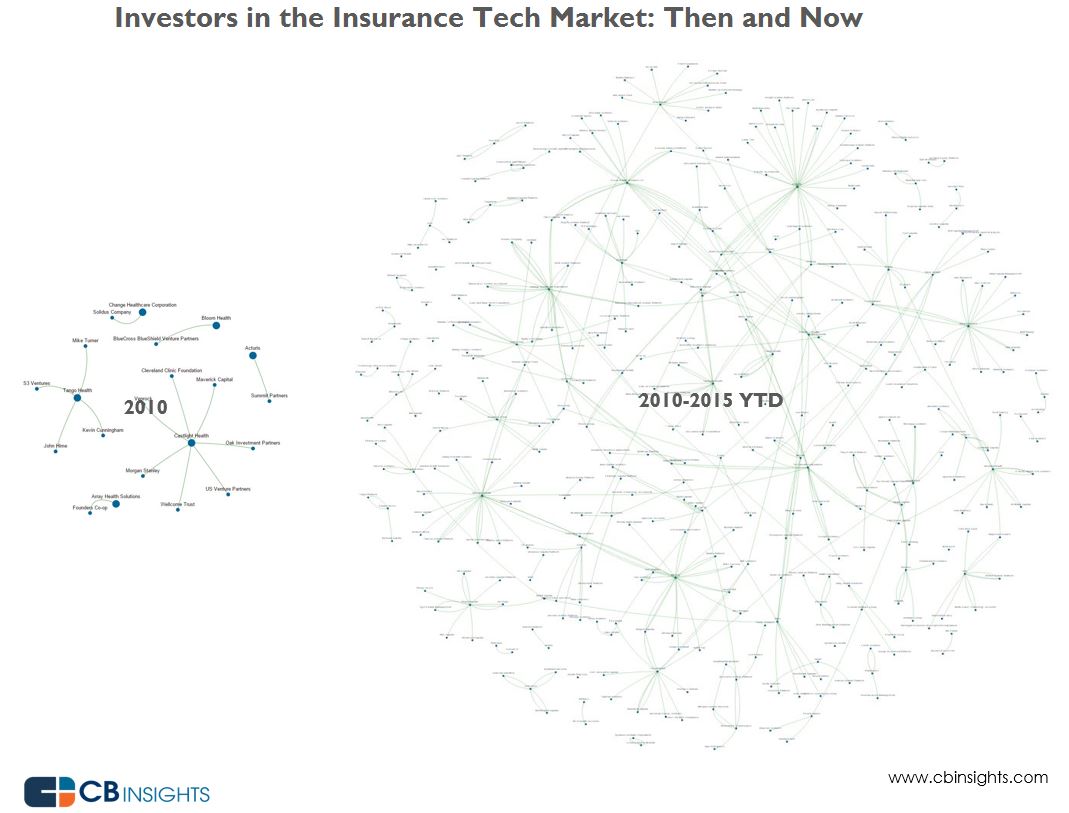 Within the U.S., California and New York dominate for insurance tech investments

Breaking down the financing data by geography, we see that nearly 80% of deal activity since 2010 went to U.S. startups, with India being the largest international market for activity. Within the U.S., California has taken 40% of insurance-tech deals since 2010, while New York-based startups took 16%. Massachusetts came in third with 7% of deals to U.S. insurance-tech startups. 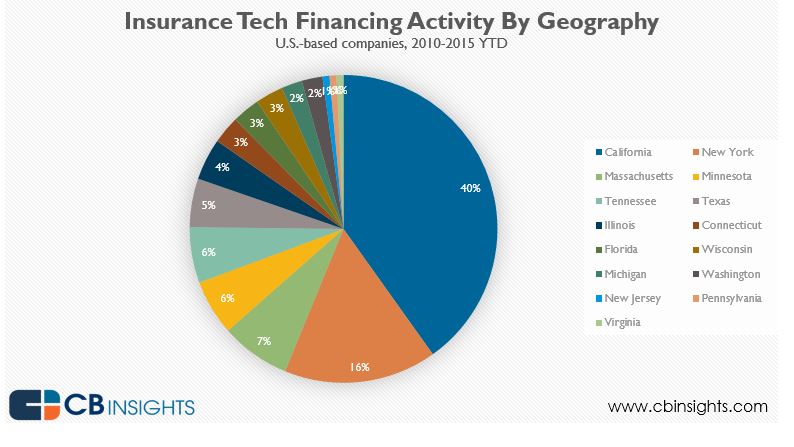 The diverse cast of players

As software eats the insurance industry, startups are attacking a wide range of different pain points. The graphic below highlights a selection of the diverse insurance-tech startups active in today’s market that have received investment.

Related: See where big insurance corporates are investing in tech. Want to track insurance startups data yourself? Sign up for the CB Insights Venture Capital Database free below.