Deal activity in the insurance tech space fell in Q2’16 after a record quarter for deal pace in Q1’16, according to CB Insights data.

In total, funding to insurance tech startups topped $1B in the first half of 2016. The deal volume of 80+ deals in the first two quarters combined puts the year on pace to top 2015’s total by over 42%. 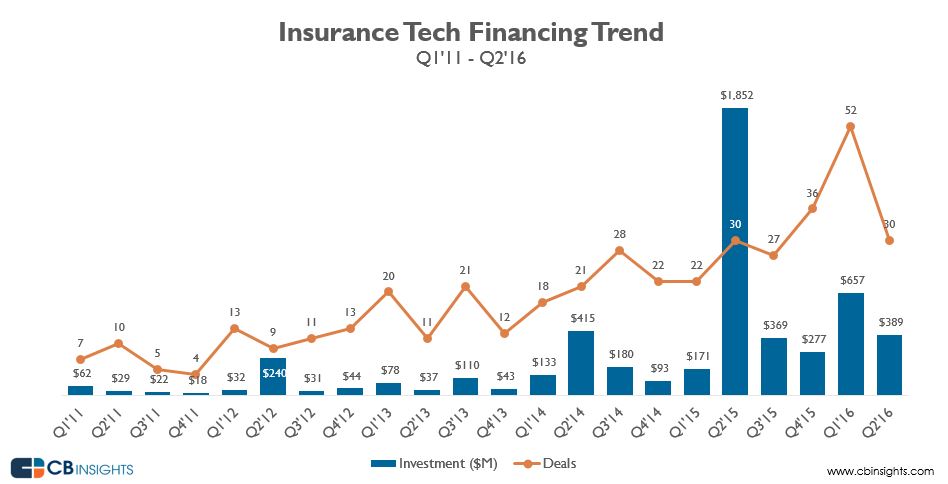 47% of insurance tech deal activity took place at the seed/angel stage in H1’16, Series A deals, which included rounds to Insurance Zebra, Shift Technology, Embroker, and League among others, took 15% of all deals in the six-month period, while mid-stage deals (Series B-C) made up a combined 16% of deals.

Interestingly, 9% of deals in the first half of 2016 went to corporate minority rounds including Allianz’s investment in product insurance startup Simplesurance and Intact Financial’s investment in per-mile insurance provider Metromile. 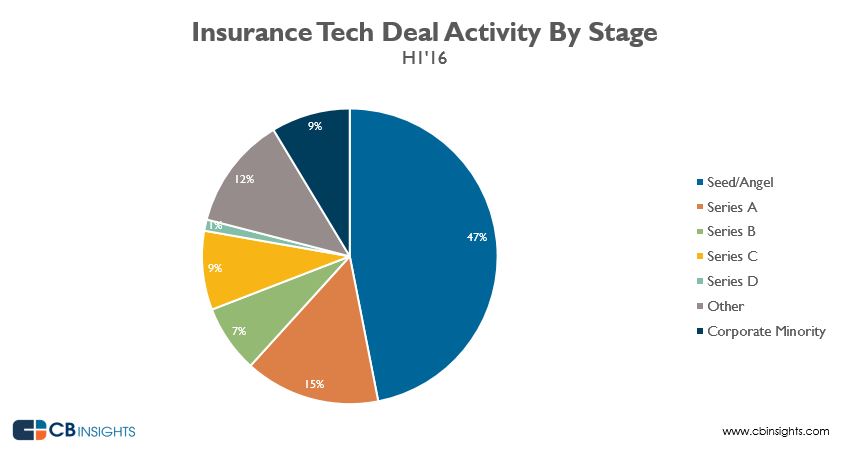 63% of deal activity to the insurance tech market went to US-based startups in the first half of 2016. Germany, India and the UK each took 5%+ of deal share over the period, with no other country registering more than 3% of deal share.

Within the US only, New York, and California each saw the same amount of deals in H1’16 and three times more than any other state. 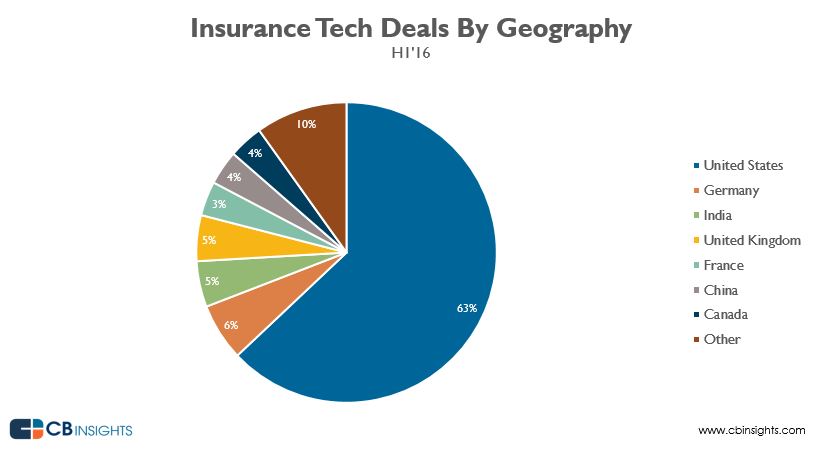