In Q1’11, fewer than 10 insurance tech startups raised a financing round. Fast forward to Q1’16 and insurance tech notched its strongest quarter ever on the deal front with more than 45 deals totaling $650M in funding, according to CB Insights data.

On the funding front, Q1’16 marked the second-largest quarter for insurance tech, in large part due to health insurance carrier Oscar‘s $400M mega-round led by Fidelity Investments. Oscar’s round accounted for just over 60% of the funding in the three month period. We’d earlier highlighted Q1’16’s top insurance tech startup hires and 10 largest deals, which totaled $601M in aggregate.

Over half of Q1’16 activity at seed-stage 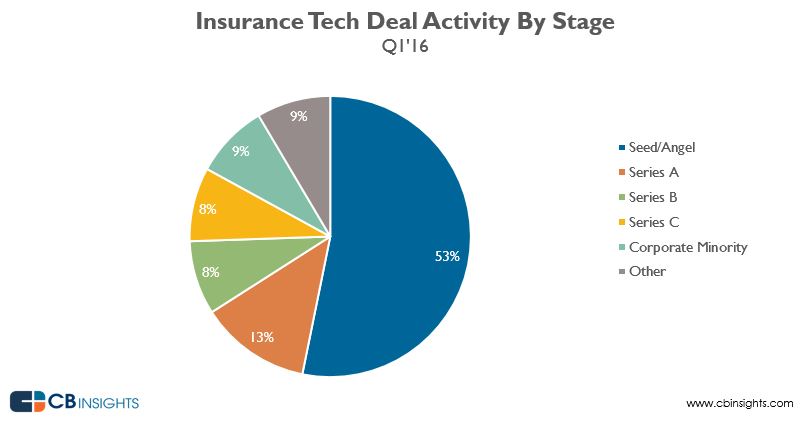 Not surprisingly, the large majority of insurance tech deals in Q1’16 went to US-based startups. Fewer than 5 deals each went to the UK, Germany, Canada, and India. 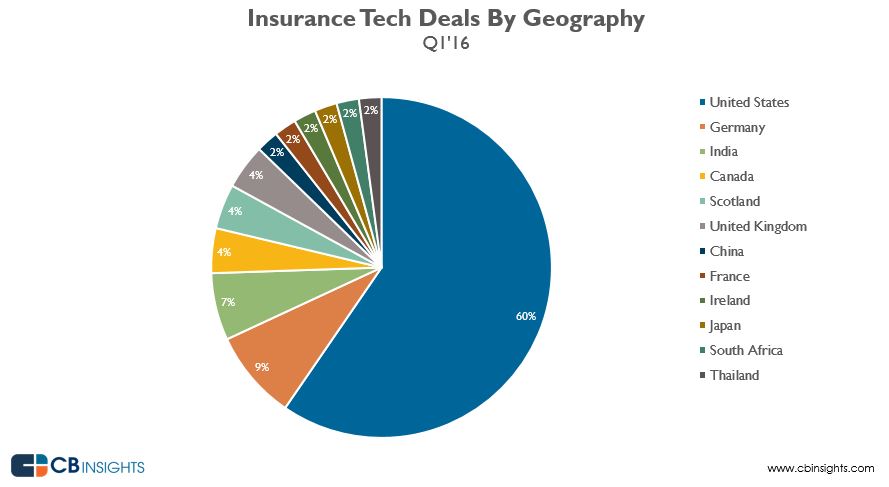 Within the US, 32% of insurance tech deals in Q1’16 went to health insurance startups. We’d earlier highlighted that as early-stage investments move beyond health coverage to small business, renter’s, life insurance and other areas, 2016 could see about-face in US deal share. The shift has happened and now two-thirds of deals have gone to areas outside of insurance. 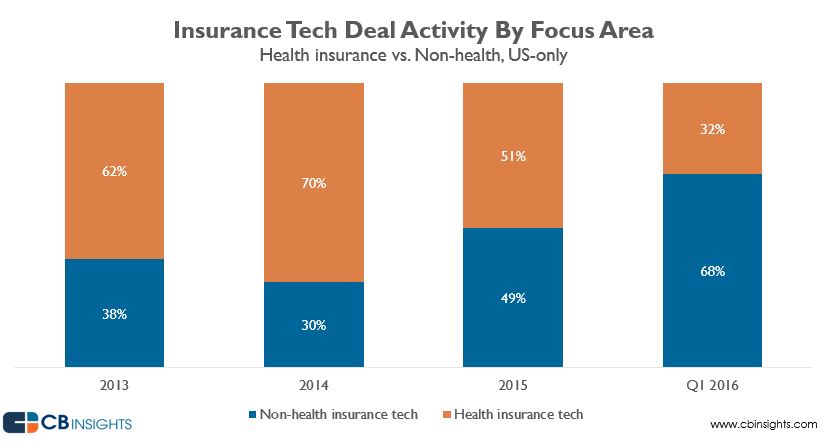