Our snapshot of early-stage insurance tech investment shows that year-to-date funding in 2015 already tops investments in all of 2014 by 43%.

In May, Generali CEO Mario Greco warned that the insurance sector was “on the verge of a revolution.”

Because early-stage companies offer a sneak peek into where a market is going from a disruption and innovation perspective, we analyzed CB Insights data around how early-stage activity in the insurance tech market is trending. And according to the data, early-stage investment activity is booming, a signal that technological change is coming to the insurance industry. 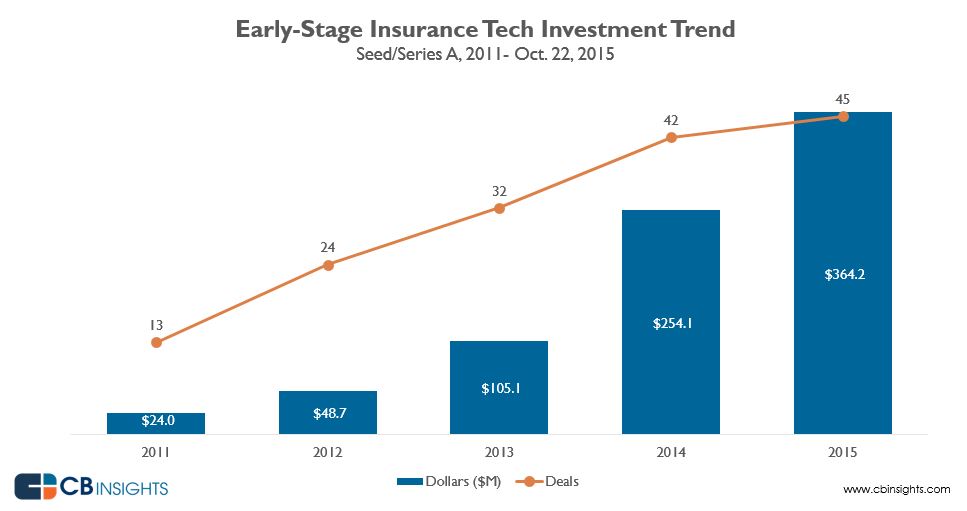 74% of early-stage deals to insurance tech startups since 2011 have gone to US-based startups. Germany and the UK topped all international markets for early-stage insurance tech activity over the period, but the latter took just 3% of overall early-stage deals. Rob Moffat of UK-based Balderton Capital has blogged on the relative dearth of entrepreneurs taking on digital insurance. 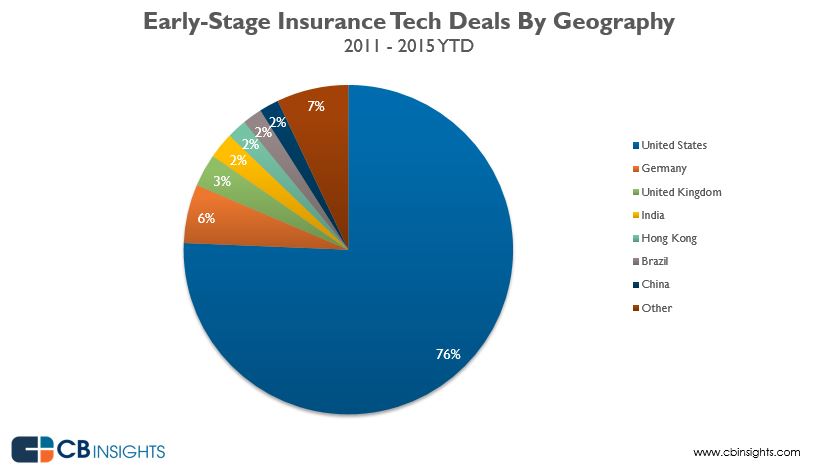 Within the US, California takes half of all early-stage insurance tech deal activity since 2011, including deals to Hixme, Stride Health, and SimplyInsured among many others, followed by New York at 17%. Massachusetts early-stage rounds out the top 3 at 6%. 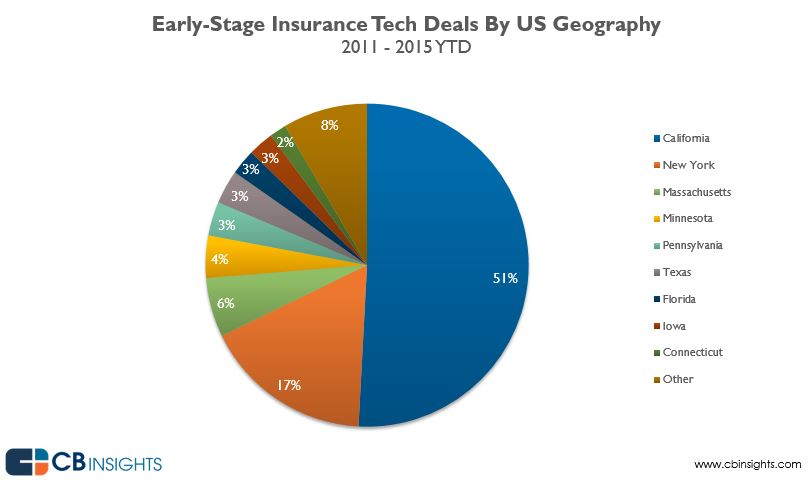 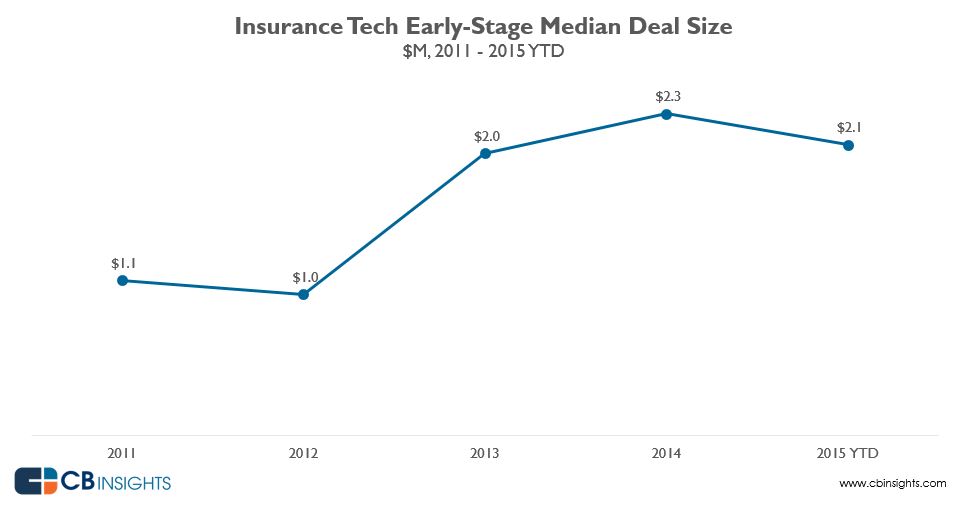 Which startups are receiving early-stage funding?