Since 2010, insurance corporations have participated in $1.78B in funding to tech companies ranging from Uber to Betterment to Coinbase. Here's the strategic areas that they're focused on.

From Northwestern Mutual to Ping An to Transamerica, a coterie of the largest insurance providers in the world are rapidly increasing their investment activity to private tech companies. According to CB Insights, tech startup deal activity by insurance companies and their corporate venture arms rose 460% YoY in 2014. Since 2010, insurance companies have participated in $1.78B in funding to tech companies covering a broad array of companies ranging from Uber to Betterment to Coinbase. 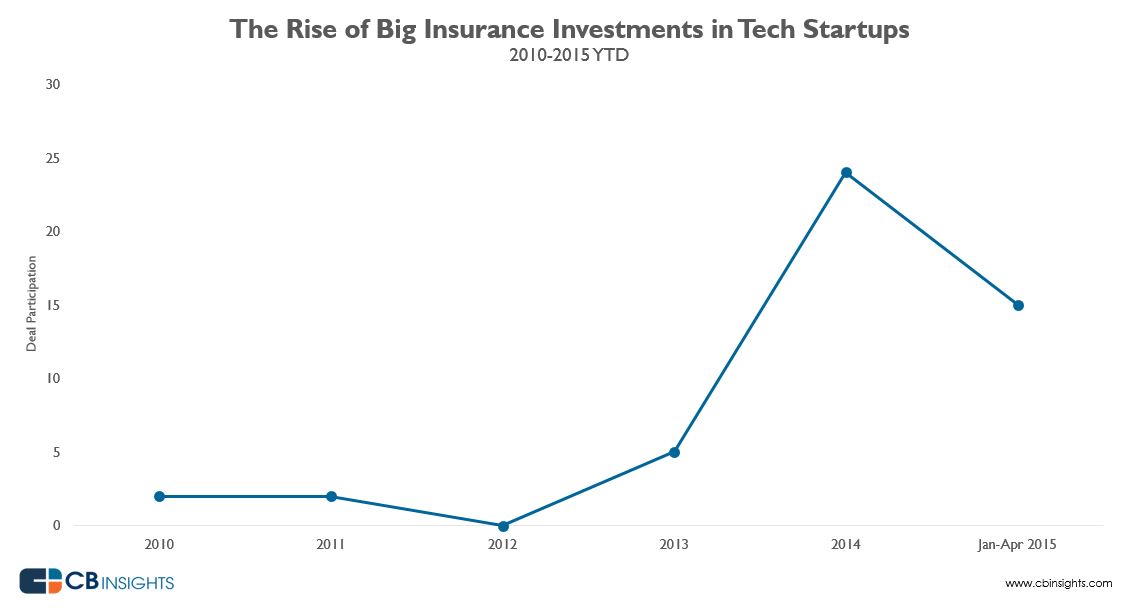 Insurance cos have spread their tech investments geographically. Since 2010, 29% of tech investments by analyzed insurance firms went to California-based startups including Coverhound, TrueCar and Expect Labs, while another 19% went to NY-based companies. 12% went to Wisconsin-based companies, primarily due to deals by Wisconsin-based American Family Ventures, the corporate venturing arm of American Family Insurance. 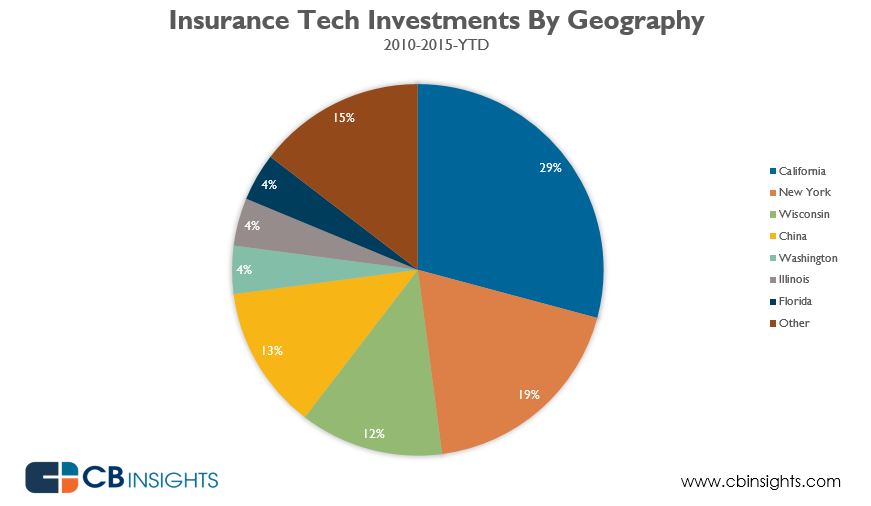 What pockets of tech are insurance players most bullish on? Analyzing the Business Social Graph reveals a couple of the key areas where insurance firms have targeted. Among the hot areas are price comparison, where insurance giants have invested in comparison startups for parking, auto insurance and car repair among others, as well as lending and robo-advisors. 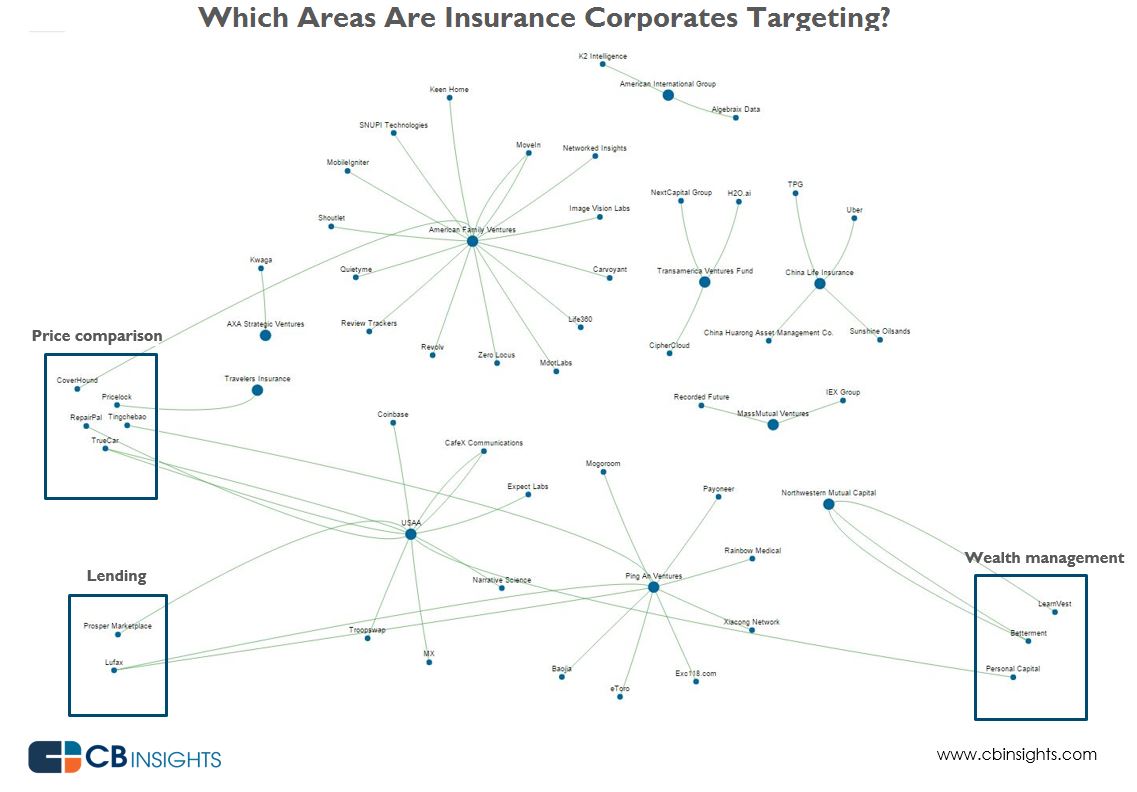 Below are the largest deals with participation by insurance corporations. Interestingly, USAA was a participant in four of the 10 largest deals including TrueCar, Prosper and Personal Capital while Chinese insurance firms participated in two of the top financing deals.

For reference, active insurance CVCs and corporates since 2010 included in this venture capital financing analysis are listed below:

Both corporate venture and corporate minority investments by insurance firms are available as part of CB Insights venture capital database.