Last year saw venture capital funding to drone startups rise to record highs. Meanwhile, a growing group of the largest US property insurers are looking to drones to help conduct inspections for underwriting and claims adjusting.

For example, new Farmer’s CIO Ron Guerrier recently commented that Farmer’s is evaluating how it can use drones to inspect brush clean-up in areas prone to wildfire. Allstate is similarly testing the use of drones to help with property claims after natural disasters such as hurricanes.

The testing and research of drones by insurers is evident in the boom of FAA drone exemptions going to insurers in 2015, including those going to firms such as AIG, Liberty Mutual, Allstate, and State Farm, the latter of which was approved for three exemptions. (Farmer’s has filed for an exemption but it has not yet been approved.) 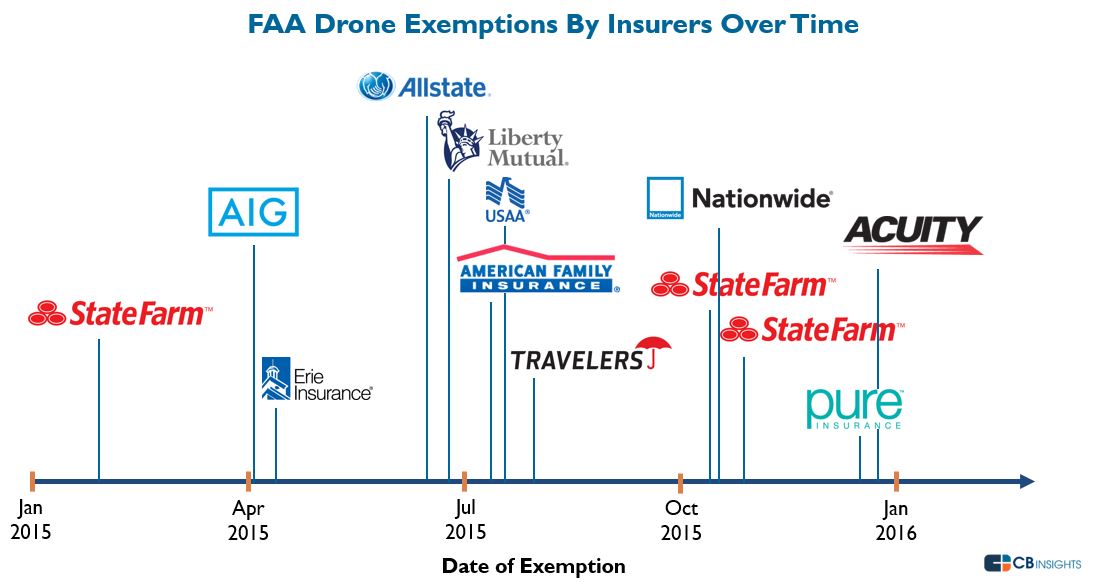 Below is a roundup of notable drone exemptions granted by the FAA to insurance firms.

Looking for insurance tech data? Sign up for the CB Insights Venture Capital Database free below.