We visualize Facebook's top acquisitions, including its $22B purchase of messaging platform WhatsApp.

Of all the FAMGA (Facebook, Amazon, Microsoft, Google, Apple) tech giants, Facebook has had the shortest acquisition history. Since 2007, the company has made over 80 acquisitions, including photo sharing platform Instagram and VR developer Oculus.

Using CB Insights M&A data, we made a visual timeline of the largest acquisitions in the company’s history. See the top 10 list below. 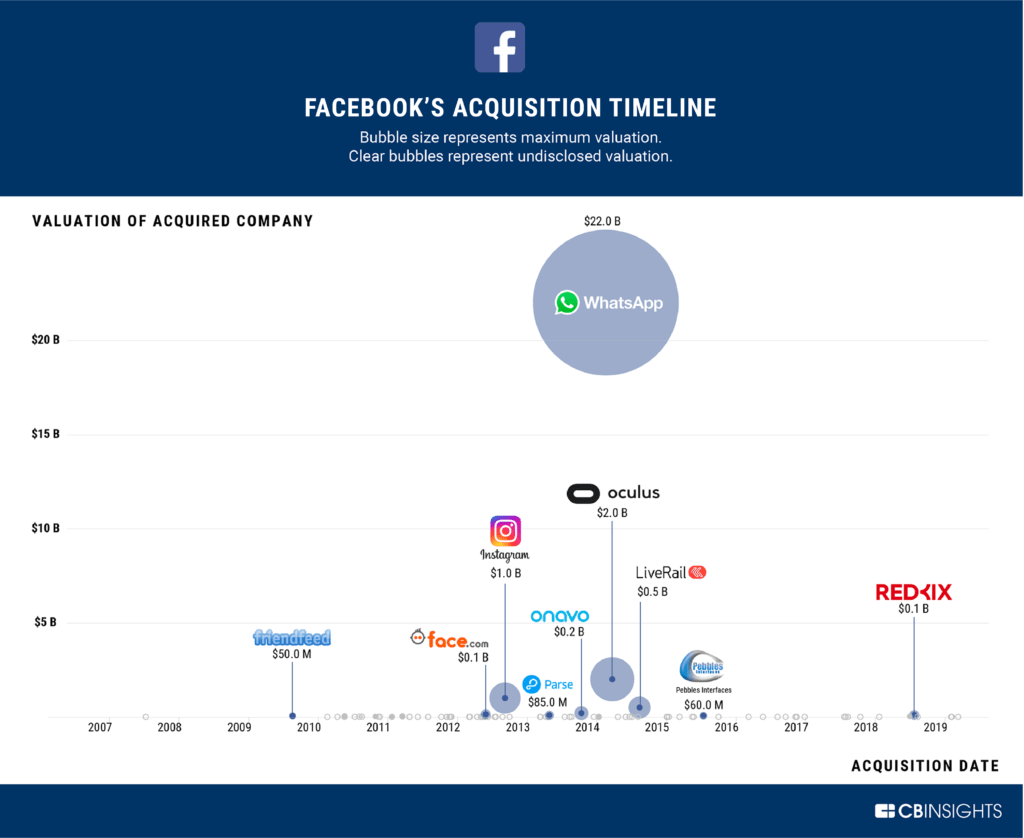 These are Facebook’s top 10 largest acquisitions since 2017: