Startups bringing digitization and IoT infrastructure to asset-heavy industries — such as manufacturing, logistics, mining, oil, utilities, and agriculture — are receiving a greater share of the deals going to the greater Internet of Things (IoT) ecosystem.

Large corporates have also been involved in M&A in the space. Recently, General Electric, for example, acquired IoT platforms Bit Stew Systems and Nurego, in addition to two large 3D printing acquisitions this past fall.

Industrial IoT saw its 4th straight year of growth in 2016, with investment totaling over $2.2B across 321 deals. That translates to a 21% boom in deals and a 5% increase in funding. 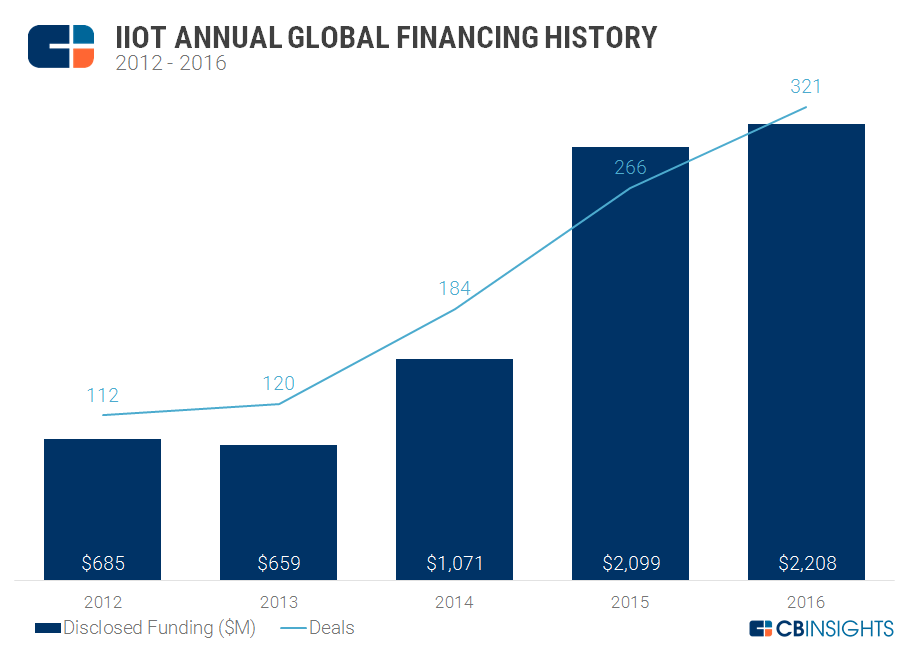 Startups working on industrial sensor networks have potential to revolutionize manufacturing, logistics, and energy, just to name a few areas. Sign up for a free trial and look for IIoT in the Collections tab.

Interestingly, IIoT deals have been on a steady quarterly decline after peaking at 97 deals in Q1’16. Since then, there’s been a steady drop, but that’s had little impact on the amount of capital deployed to the industry. Last quarter, in Q4’16, funding totaled $579M, making it the second-largest quarter yet. 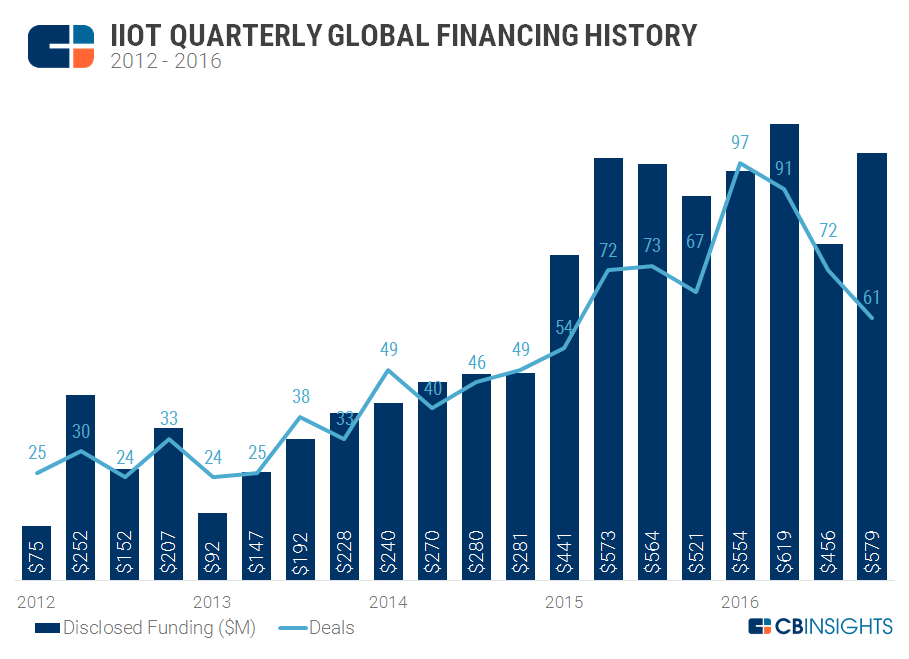