Research Brief
3105
Despite the strong activity in Industrial Internet of Things companies in the first half of 2016, funding is running flat compared to last year.

The Industrial IoT has seen an increasing share of the overall funding going to the Internet of Things category and has attracted investment from the venture arms of blue-chip tech corporates such as GE Ventures, Intel Capital, Cisco Investments, and Qualcomm Ventures.

Startups in the space are attacking incumbents in categories including networking infrastructure, sensor manufacturing, as well as developing big data software-as-a-service to make sense of the deluge of machine data, as we highlighted in our market map of the Industrial IoT. 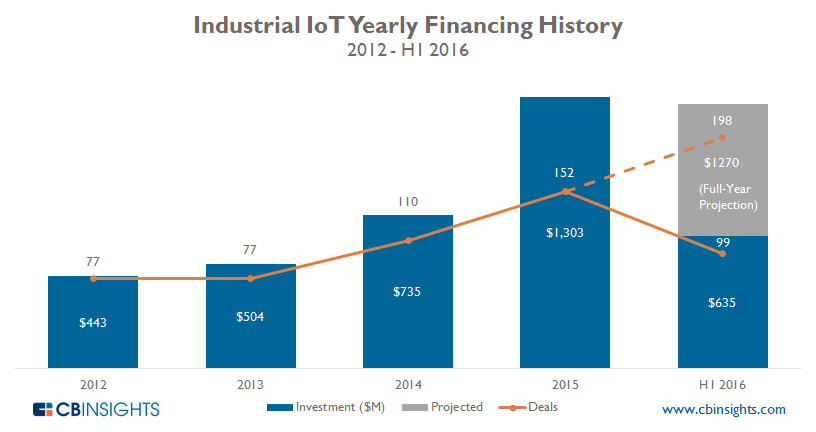 Looking at a quarterly scale, both deals and dollars retreated in Q2’16, although it was one of just three quarters with 40+ deals. After a significant uptick in Q1’16, when deals peaked at 54, activity fell by 26% quarter-over-quarter. And funding fell from $328M to $325M, which translates to a 9% decline quarter-on-quarter. 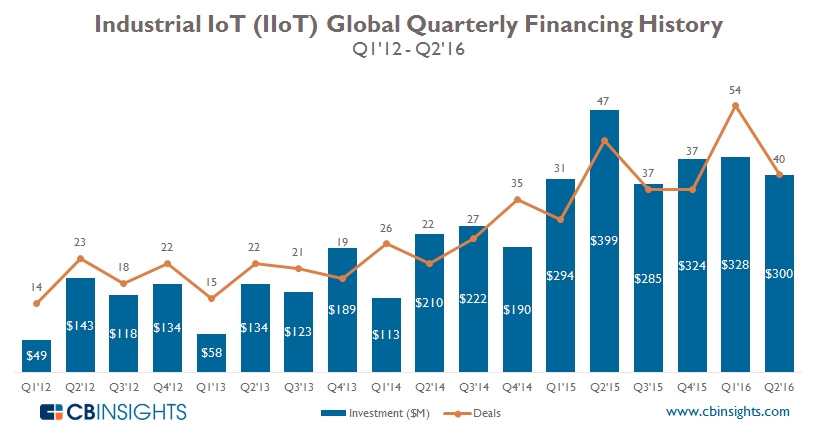