Research Brief
2607
The industrial IoT is driving roughly one-third of investment in the broader IoT category. Over half the deals are happening at the early stage.

The most recent quarter was one of the strongest quarters for IoT startups yet in funding terms, with $846M in financing, second only to Q2’15. The industrial IoT category is driving a significant amount of this investment, accounting for nearly a third of overall IoT investment in the last quarter.

Increasingly, heavy industry is finding use cases for IoT, and many industrial IoT (IIoT) startups are seizing the opportunity, applying connected sensors to capital-intensive settings like factory and warehouse floors, trucking fleets, and oil wells. 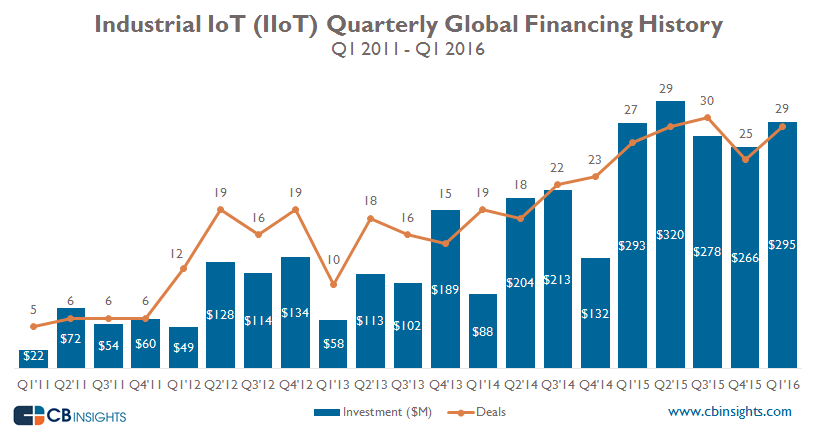 IIoT deals taking place in the last 5 quarters skew toward the early stage, with seed and Series A deals comprising 51% of all investment activity. Mid-stage deals made up 24% of deals, and late-stage deals only accounted for 10% of all deals.

Large early-stage deals in Q1’16 included a $20M Series A deal to mPrest, which makes software for monitoring IoT systems, and a $10.5M Series A to Motive Drilling Technologies, a guidance system for connected oil drilling in horizontal wells. 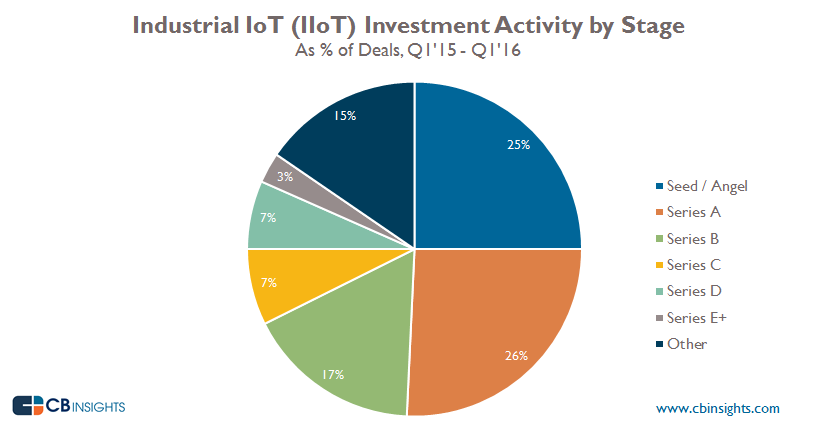