Research Brief
3510
More deals and funding are being concentrated in startups on the industrial side of the IoT space. Large deals have gone to IoT cybersecurity and enterprise IoT platforms.

Startups bringing digitization and IoT infrastructure to asset-heavy industries — such as manufacturing, logistics, mining, oil, utilities, and agriculture — are receiving a greater share of the deals going to the greater Internet of Things (IoT) ecosystem.

We used CB Insights data to compare quarterly financing to the IoT and industrial IoT (IIoT), in order to visualize the industrial share of overall IoT funding. 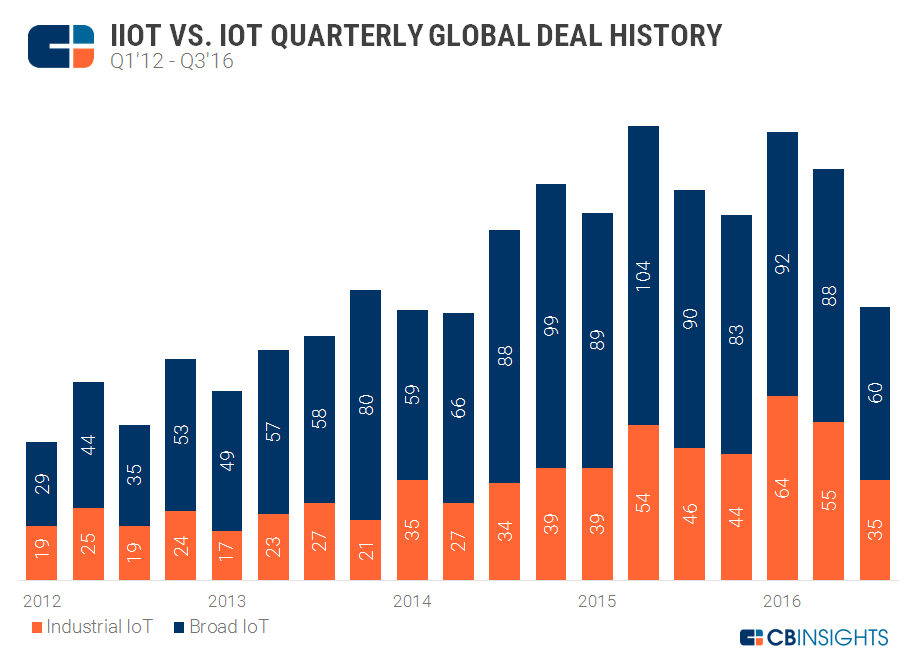 Startups working on industrial sensor networks have potential to revolutionize manufacturing, logistics, and energy, just to name a few areas. Sign up for a free trial and look for IIoT in the Collections tab.

IIoT companies have taken an increasing piece of the overall IoT funding pie. Back in 2012, IIoT accounted for 36% of all funding dollars. Similar to the above deal history, 2013 marked a dip in industrial IoT’s share of overall funding dollars, accounting for only 26% of the dollars invested. Fast-forward to 2016, however, and IIoT is up at 40% of funding in the year to date through Q3. 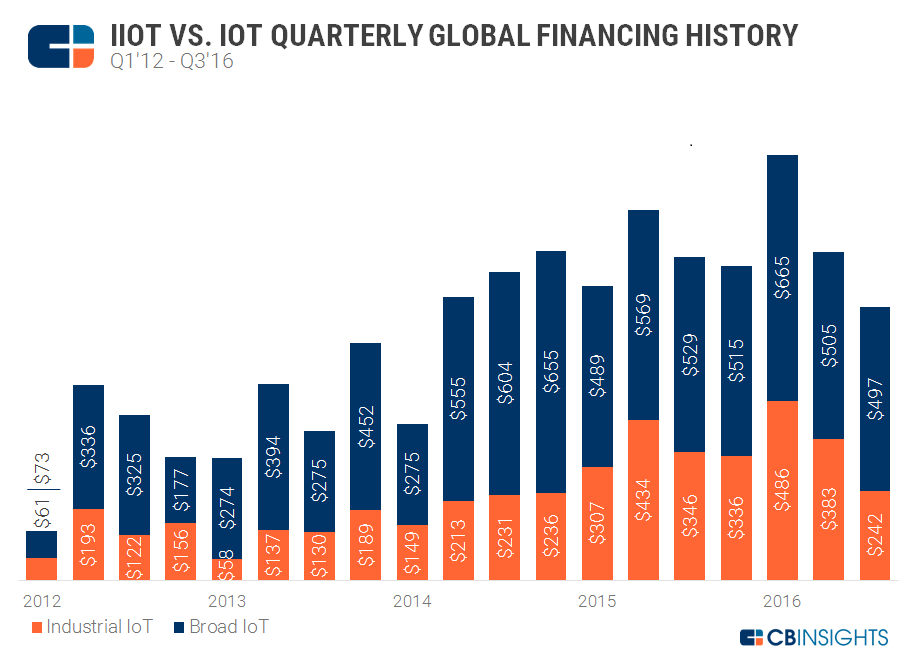 Want more data about top Industrial Internet of Things (IIoT) companies? Log in to CB Insights, or sign up below.