Prior to 2015, most acquiring was done by publicly traded 3D printer makers, including 3D Systems and Stratasys, and 3D design software company Autodesk.

After 2015, industrial corporates jumped into 3D printing. GE led the way with its near simultaneous acquisitions of printer manufacturers Arcam and Concept Laser in September and October 2016.

Siemens acquired its first 3D printing company in 2016, the 3D printed parts maker Materials Solutions, after investing in the company through Siemens’ next47 fund.

Looking at the below chart, industrial corporates made 7 of 9 industrial 3D printing acquisitions in 2017. 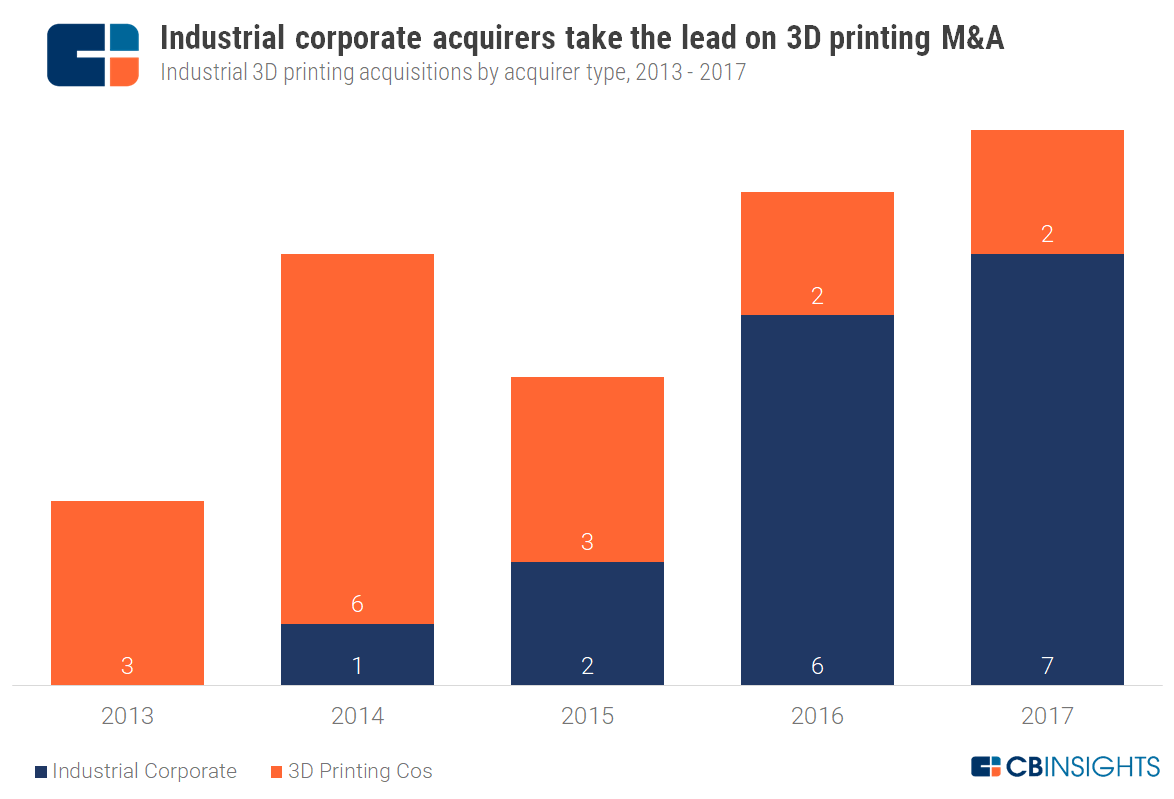 Stratasys has not made any acquisitions since it bought 3 industrial 3D printing companies in 2014.

The decline in acquisition activity by Stratasys and 3D Systems corresponds with a decline in the two companies’ earnings and share prices starting in 2014. 3D Systems posted losses in 2015 and 2016, amid declining revenue. Stratasys has lost money each year since 2013, including -$1.3M in net income in 2015, the company’s worst performing year on record. Stagnating earnings and share price drops constrained both companies’ ability to acquire.

The poor performance of the two largest 3D printer companies amid increasing M&A in the space by mature industrial conglomerates indicates both the nascent state of industrial 3D printing and its future promise.

Industrial 3D printer makers are not yet profitable, restricting their ability to expand horizontally through M&A. However, deep-pocketed industrial companies are taking the long view on the technology, buying companies outright and providing venture investment.