Tech investments are booming in India with notable eCommerce companies such as Flipkart, Snapdeal, and Myntra leading the way. With this increase in total funding, and a recent $1B+ VC-backed tech round, more VCs are flocking into India’s tech ecosystem. In fact, thus far in 2014, 71 different VC investors (VC and Corporate VC) have made an investment in an Indian tech company, more than the prior 4 years, and 22% higher than all of 2013. This marks the 4th straight year of growth in terms of the number of VCs doing deals in India’s burgeoning tech scene. 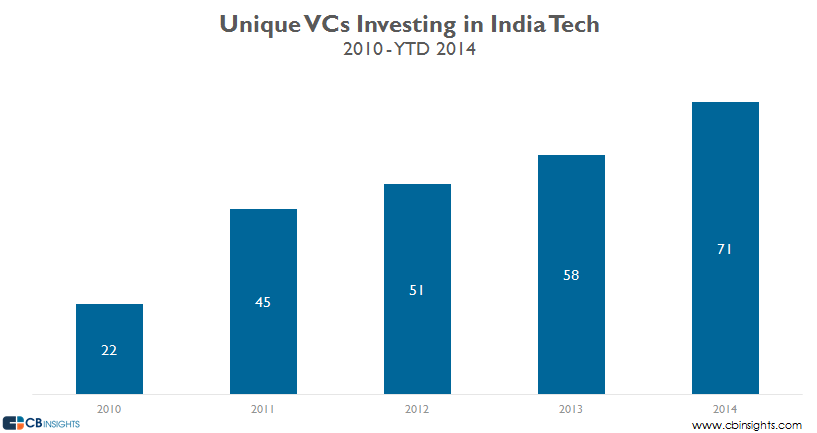 In 2010, US-based VCs accounted for over 2/3 of all VCs investing in Indian tech companies. Since then, the share of US-based investors has fallen every year and stands at 39% of all tech deals in India in 2014.  The decline has come as a result of India-based VCs stepping up and growing their share of deals to 41% thus far in 2014, slightly down from the peak of 45% in 2013. India is also seeing interest from VCs based in other markets with 2014 seeing VCs from 6 other countries accounting for 14% of the investors thus far this year with Singapore-based VC investors also increasing their share of Indian tech investment activity. 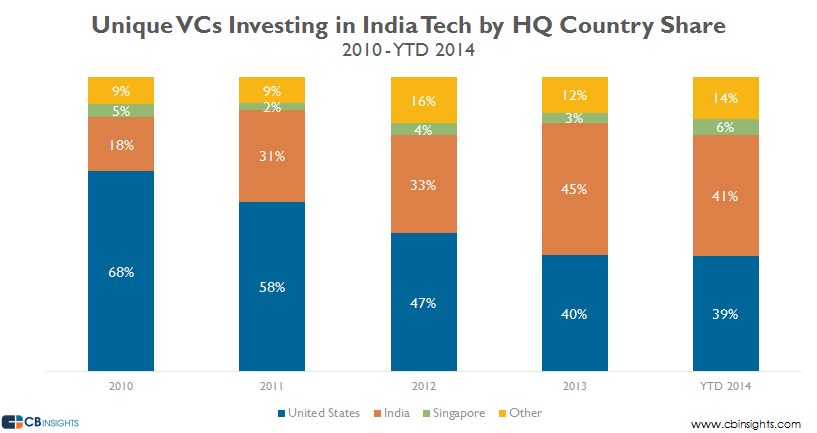 To track India’s venture capital financings and M&A, check out our briefs on India’s most active tech VCs, biggest financings, and overall financing activity. Loging or sign up for a free account below.