Funding totals are skewed by mega-deals to major startups in the region, including Snapdeal, Olacabs, One97 Communications, and Flipkart.

India’s tech ecosystem is growing rapidly, with the number of deals increasing in each of the last five years. While 2017 is on track for a slow down in deal pace, funding is on track to reach a new high and more than triple totals seen in 2016.

With the tech sector still relatively nascent in the region, activity has skewed heavily toward early-stage deals, while a few of the mature breakout companies have seen huge funding rounds over the past few years.

Using CB Insights data, we analyzed annual and quarterly financing activity in the region and looked at deal share distribution over time.

2016 marked the fifth consecutive annual high for equity deals to tech companies in India, at 965, up from 882 the previous year. But, without any major rounds to some of the top startups in the region, funding totals were well below the amount raised in both 2015 and 2014.

The biggest deal in 2016 was a $200M Series F to e-commerce site Snapdeal. In comparison, 2015 had several mega-deals — a $680M corporate minority round into One97 Communications, the company that operates mobile wallet and e-commerce site PayTM, and two mega-rounds to Uber-rival Olacabs within a span of two weeks in 2015, totaling $725M.

2017 has also already seen its fair share of mega deals, and eclipsed funding for full-year 2016. This was driven in part by the $1.4B Series J raised by Flipkart in Q1’2017. In addition, Q2’2017 has seen a number of large deals including Softbank taking a corporate minority stake worth $1.4B in One97 Communications and Olacabs picking up $404M across multiple rounds in the quarter. 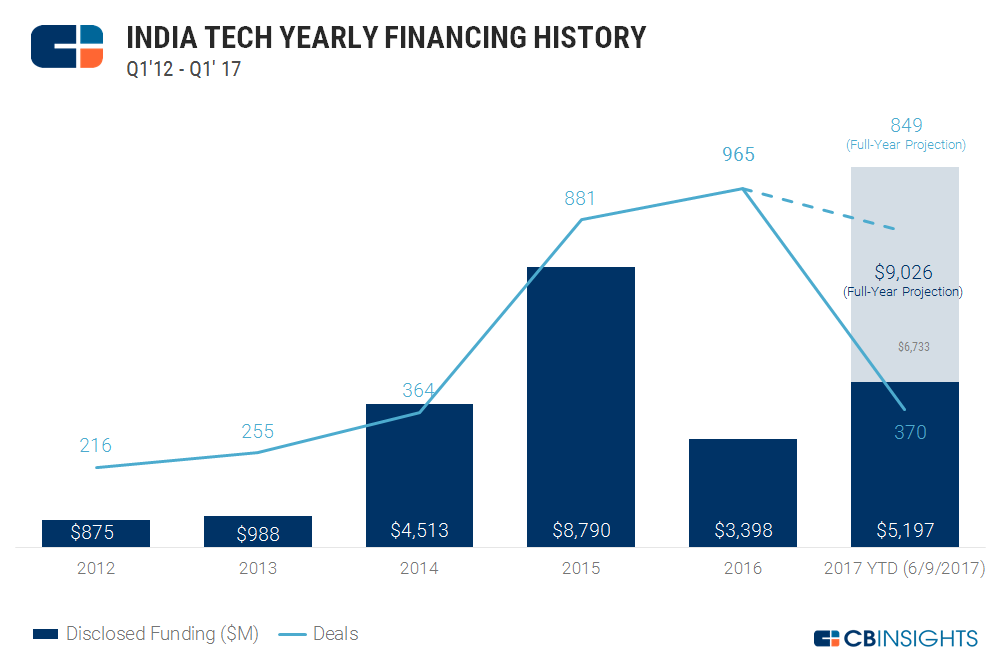 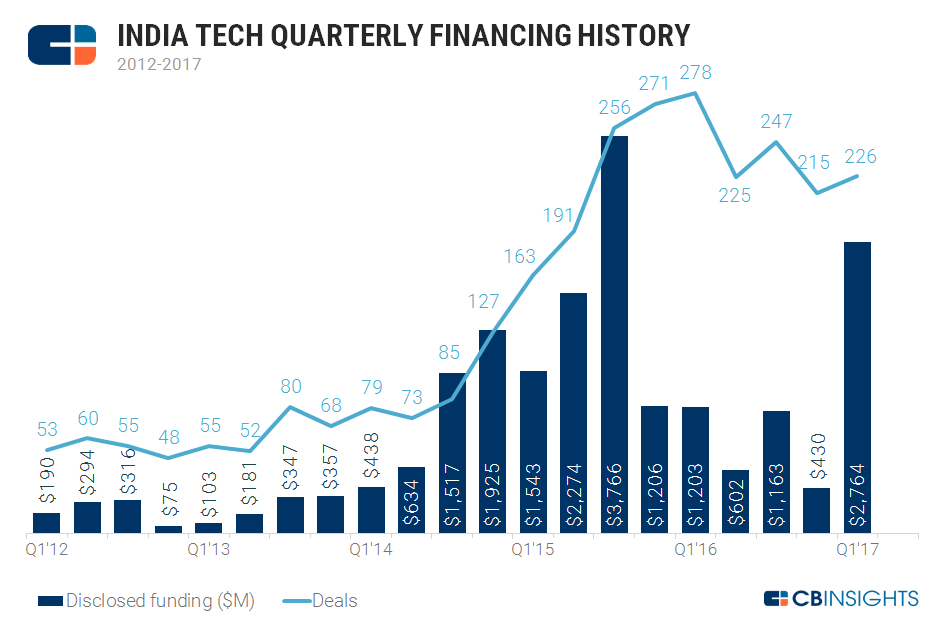 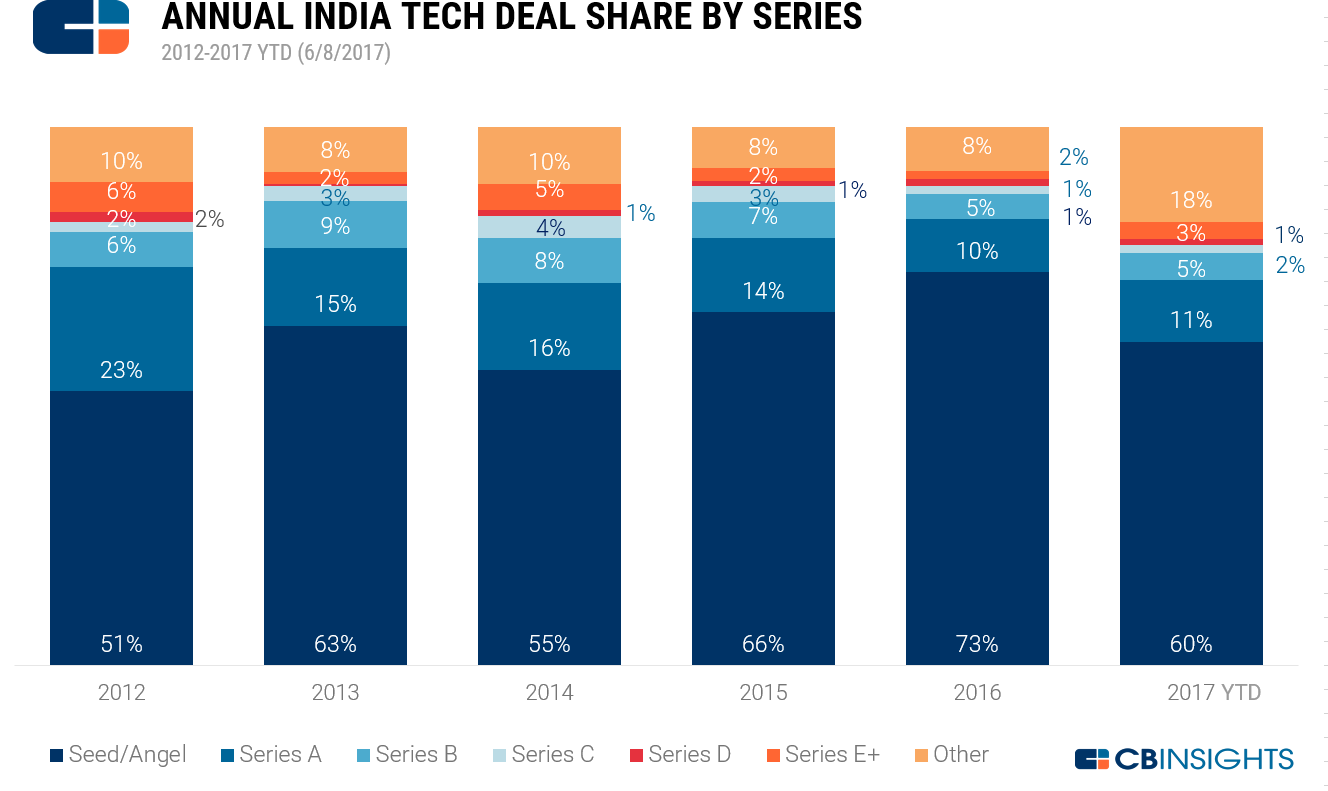 Want more data on startups in India? Log in to CB Insights or sign up for free below.