Since 2012, the top ten rounds in India’s startup ecosystem have all been mega-rounds (above $100M). They have been split across five companies: One97 Communications, the parent company of e-wallet and e-commerce site Paytm, e-commerce sites Flipkart and Snapdeal, taxi-hailing company Olacabs and internet company Atria Convergence Technologies. All except for Atria Convergence Technologies are considered unicorns.

The largest deal yet was closed recently in August 2017 to Flipkart, the second tranche of the e-commerce site’s Series J round worth $2.5B from SoftBank Group’s Vision Fund. Flipkart is India’s most well-funded startup and had four other rounds make it to the top ten. 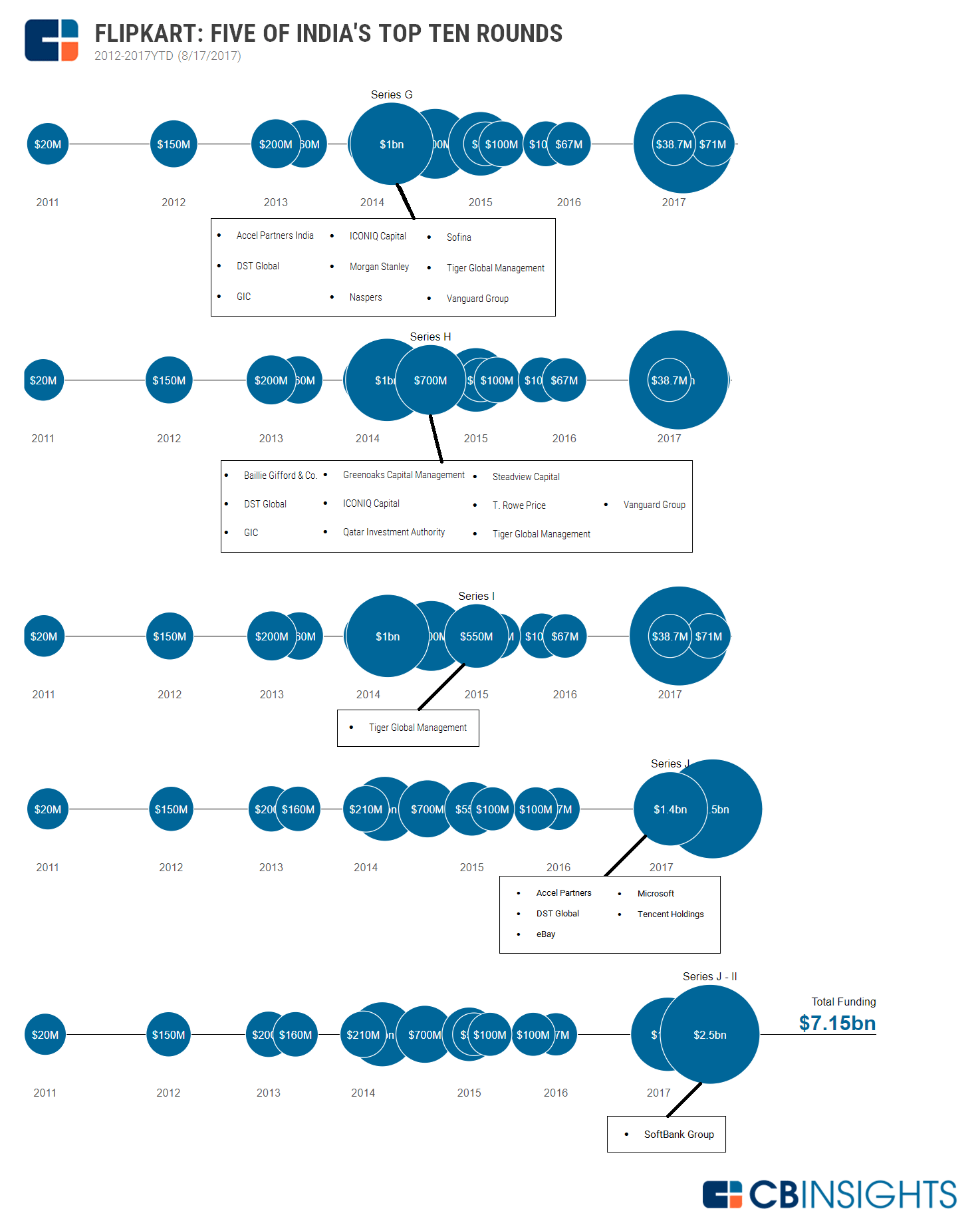 Foreign investors were highly active in helping finance these mega-rounds. Japan’s SoftBank Group was involved in three of India’s top rounds: one to Flipkart, another to One97 Communications in a $1.4B corporate minority round, and the third to e-commerce site Snapdeal in a corporate minority round that it raised in October 2014.

In total, 2016 brought in just $3.39B in funding to Indian tech startups, lower than totals in both 2014 and 2015. To put that in perspective, all of the money invested into Indian startups in 2016 is less than half of Flipkart’s total funding.