So far this year smart money VC firms participated in over 10 deals to startups working on tech for brick-and-mortar retail stores.

In 2016 year-to-date, smart money VCs have already made as many deals to in-store tech startups as they did in 2014 and 2015 combined.

The cohort’s activity in the space has been erratic, rising from six deals in 2012 to 11 in 2013, and then falling for two years in a row before jumping again in 2016.

The jump is especially impressive considering this year’s slump in overall IoT deals, a category into which many in-store tech startups also fall.

We define the in-store tech category as startups bringing digital enhancements to the in-store retail experience. These include connected sensors that track store foot traffic, digital and AR/VR-powered in-store advertising, beacons for proximity marketing, in-store point-of-sale software, and more. While some of these startups, such as real-time analytics dashboards, do pull in data from e-commerce channels, all the companies on our list have significant in-store use cases.

(For more on how we selected the 24 smart money VC firms, see the note at the end of this post.)

Smart money VCs participated in 12 funding deals to in-store tech companies in 2016 year-to-date, as many as they did in all of 2014 and 2015 combined. These deals added up to a total of $208M in aggregate, led by a $50M Series C to FiveStars, a mobile loyalty platform that rewards shoppers for visiting local businesses. Lightspeed Venture Partners participated in the deal, which brought FiveStar’s total funding to $90M.

The second-largest deal so far this year went to Zenreach, which raised a $30M Series B with participation from both Founders Fund and First Round Capital, boosting total funding to $50M. Zenreach offers a turnkey guest Wi-Fi system for retailers and restaurants, analyzes walk-through and usage data, and sends personalized mobile marketing messages to connected visitors. 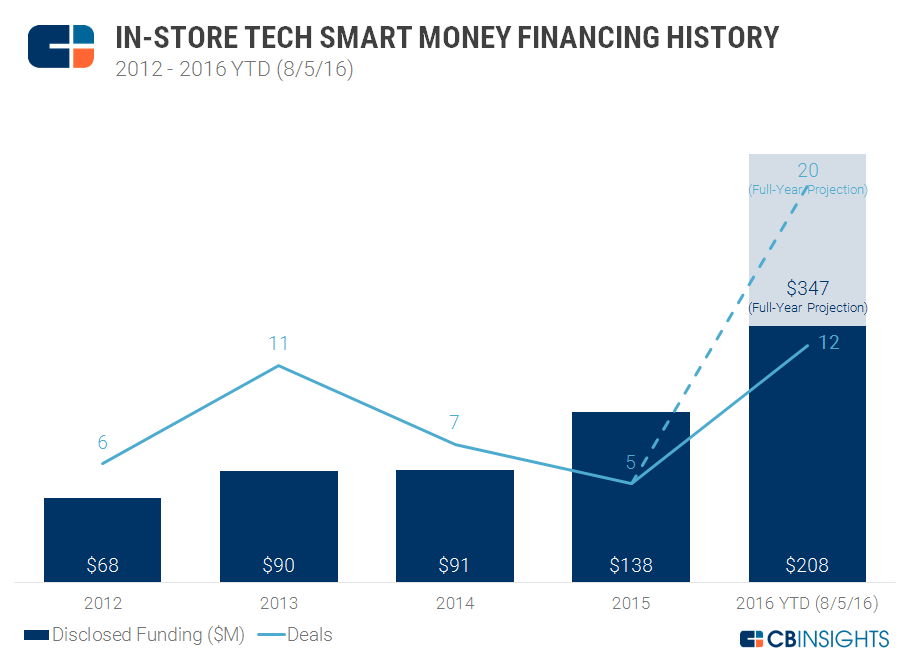 Since 2012, smart money VCs have most often invested in Series A deals to in-store tech startups, followed by Series B deals, with seed/angel deals in third place for deal share. They have not yet participated in any Series D+ deals in the space. 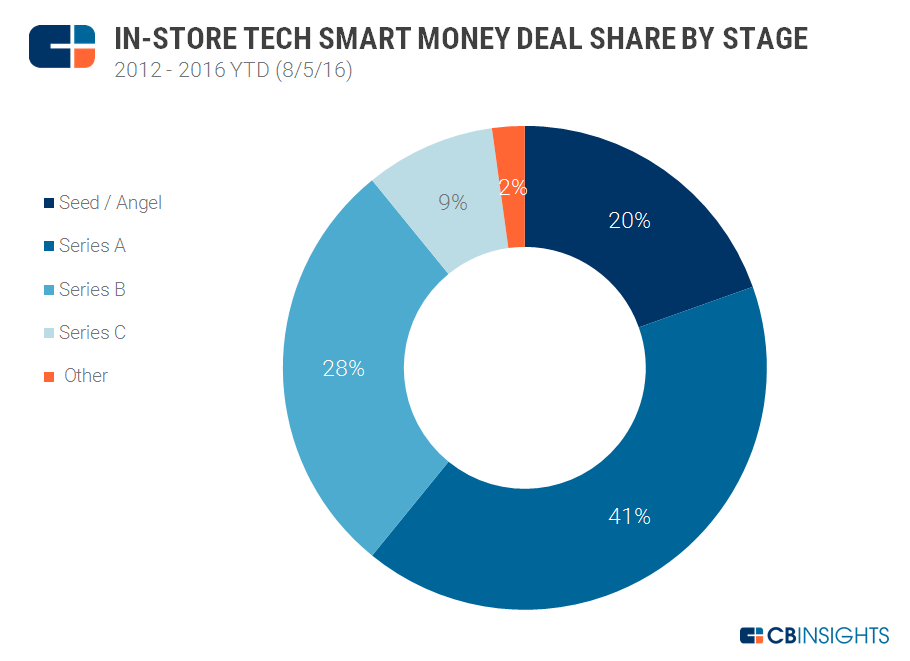 We used our Business Social Graph tool, which shows how investors and target companies are related, to visualize smart money activity in the in-store tech industry. We identified several startups that have attracted funding from more than one smart money VC, including Zinc, Euclid Analytics, and Raise Marketplace.

The graph also shows that Andreessen Horowitz and NEA have been the most active smart money VCs in this space since 2012, investing in three in-store tech startups each. However, NEA participated in three rounds in the space so far this year — doubling down on existing portfolio companies Raise Marketplace and Euclid Analytics, while newly investing in Blispay — while Andreessen’s most recent deal in this space was in 2015. 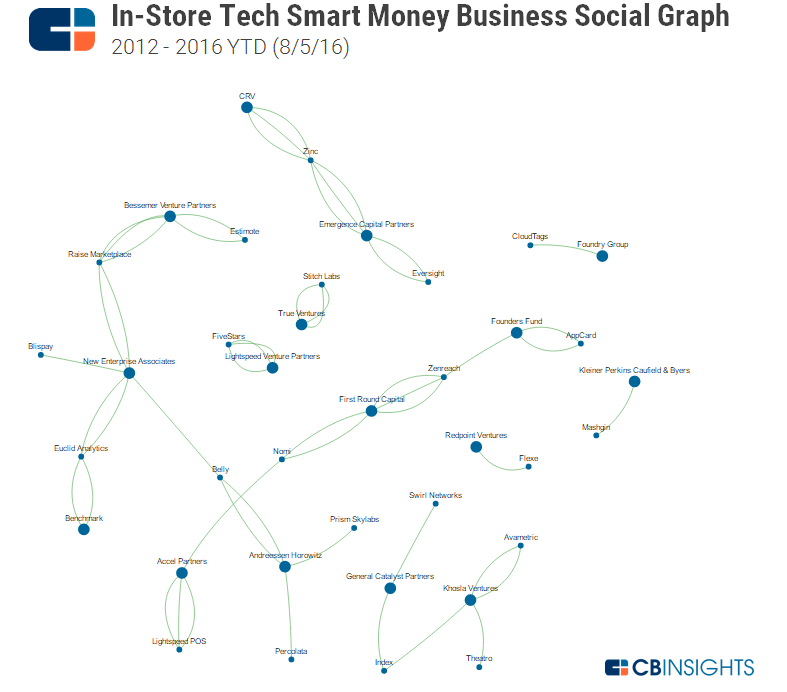 Want more data on smart money VC activity? Login to CB Insights or sign up for free below.