[Inspired by Sarah Cooper’s infamous lists, here’s my attempt at one. I’m too lazy to come up with 10, so there are only 8 here]

All VCs are not created equal. Some are clearly more important than others. If you’re a VC and need help appearing more important to founders and other VCs, here are a few handy tips to quickly gain the upper hand.
1. Namedrop notable founders and investors using only their first name.

A surefire way to look well-connected and important is to reference reputable investors or founders by first name. “Chamath would be really interested in that company.” Even better if you reference founders whose companies haven’t achieved unicorn status, and say it with confidence. This makes people shift uncomfortably in their seat, thinking they should know who this person is.

2. Be late to meetings, or better yet – reschedule meetings at the last minute.

Nothing will show your importance more than running late to a meeting, because it shows that your time (e.g. YOU) are in high demand. Always blame it on a board meeting running late.

3. Keep your email autoresponder on at all times.

Even when you’re not traveling or out of the office, and even if you get only a few emails a day, a persistent autoresponse immediately communicates that you receive way too many pitches and inquiries from founders to respond to all of them personally.

4. Congratulate people publicly on their funding or acquisition announcements.

Companies announce fundraising or acquisitions. Firms announce they’ve raised another fund. This is the time to publicly congratulate the news on Facebook and/or Twitter. It will make you look like you know these people personally (and thus are an important VC). Be sure to tweet the news as soon as it breaks, so it looks like you’re in the know – or better yet, like you knew it was going to happen.

5. Criticize other VCs for not being founder friendly.

An easy way to win the hearts of founders everywhere is to proclaim yourself and your firm “founder friendly.” Take that a step further and publicly call out other VCs for not being founder friendly. Instant cred.

6. Joke about how valuations are too high.

Or joke about any topic, really – the market being too frothy, startups raising too much money, founders being too greedy, etc. In doing so, you immediately appear like a VC who’s done so many deals that you know what’s hot. No matter what the issue, it’s important to have a very firm public opinion on it even if you are neutral on the issue or don’t actually know much about it.

Nothing screams “basic b*tch VC” more than when you choose a meeting location and it’s Starbucks or Peet’s. Pick a coffee shop that’s not a chain but saturated with important VCs and founders. In downtown Palo Alto, recommended choices are Coupa Cafe and Philz. In doing so, you’ll rest assured that important VCs and founders will see you there and you will be viewed as an important VC by association. Bonus points if you snap a photo of your coffee drink and your whereabouts on Instagram/Twitter/Swarm.

8. Lament about deals you passed on that are now $1B companies.

Be it Uber, Lyft, Airbnb, or Dropbox, important VCs all would have had a chance to invest in their seed rounds. The only thing better than having actually invested in these unicorns is having passed on those deals. Then you can publicly lament about how you passed on the deal. Admitting such failure won’t make you look bad. To the contrary, it’ll make you look like you are important enough to have gotten such an opportunity. A bit of public self-deprecation perpetuates just the right amount of self-confidence. By calling yourself an idiot who passed on Airbnb when it was < $10M valuation, you look baller.

Every important VC is able to predict the future. Take a stab at predicting trends (“Marketplaces are going to blow up in 2015”) or specific transactions (“Slack is going to raise an even bigger round next year”). The more vague, the better because then you increase your chances of being right and patting yourself on the back on Twitter. Just like #6, the key is to declare these with the utmost confidence. 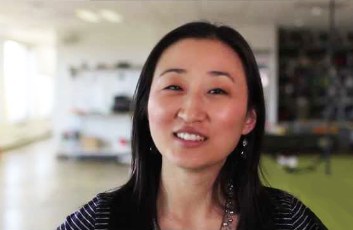 Christine Tsai is a Managing Partner at 500 Startups where she oversees the Accelerator program and Distribution/Growth team. Prior to 500, she was in product marketing at Google and YouTube for many years. Before life in consumer internet, Christine worked in international sales at OSIsoft and ChevronTexaco. Christine holds a BA in Cognitive Science from the University of California at Berkeley. She is also a ballet dancer of over 20 years.