The firm that invests for Mark Zuckerberg and others has notched two exits this month and was a Series A investor in unicorn Apttus.

Iconiq Capital is a California-based multi-family office that is relatively new to the investment scene since it was only founded in 2011. With over $1.4B under its discretion as of 2014, according to reports, it was founded by Divesh Makan, formerly of Morgan Stanley and Goldman Sachs.

A factor that has likely benefited companies in Iconiq’s portfolio has been its post-investment support system, which provides access to an influential network, such as the names mentioned above. That has enabled Iconiq to invest in rounds to unicorns such as Uber, Flipkart, The Honest Company, and Apttus (where the fund was a Series A investor and has followed on through the Series D). Indeed, Iconiq has invested in 11 unicorn companies valued at or over $1B in the private markets, putting them in an elite class of investors with over 10 unicorns in their portfolios. This, despite Iconiq being founded just 5 years ago.

To date, the fund has only had two exits from disclosed investments, those of Viv Labs and Coupa Software mentioned above. But given its participation in funding rounds to notable companies, its ramped-up investment pace, and investments in new areas such as life sciences, we decided to dig into Iconiq’s investment strategy, co-investors, and exit history.

Notes on the analysis:

We’ll discuss trends and highlights in Iconiq Capital’s portfolio over the past few years by analyzing the following dimensions:

Iconiq Capital has made the large majority of its investments to companies at the Series B and beyond. However, the fund has also made the occasional seed/Series A bet, often co-investing with Sequoia Capital. Modern Meadow‘s 2013 seed round and a second tranche of WeLab‘s Series A in 2015 were both co-invested with Sequoia.

Despite a slow start from 2011-2014, Iconiq Capital has been ramping up investment activity as of late. From 2011-2014, the fund only participated in 6 rounds. In 2016 the fund had already made that many investments by July, and averaged 2 deals per quarter between Q1’16 and Q3’16. Some of the firm’s notable recent deals include:

Below is a graph of Iconiq Capital’s monthly investment participation (deals count, as well as the total funding from the rounds Iconiq participated in, taken from their profile on CB Insights).

Iconiq Capital generally keeps the average size of the deals it participates in below $120M. However, the company has also participated in larger rounds. For example, the 2014 peak in deals size above is explained by the fund’s participation in Uber‘s $1.2B Series D and Flipkart‘s $700M Series H rounds.

Average deal size since 2014 has hovered under $100M. Due to two recent large late-stage deals, to Apttus and Sprinklr, average deal size in Q3’16 was up 30% over Q2’16. Below is a graph from the Investor Analytics tab on CB Insights that shows trends in average and median deal size for rounds involving Iconiq Capital. 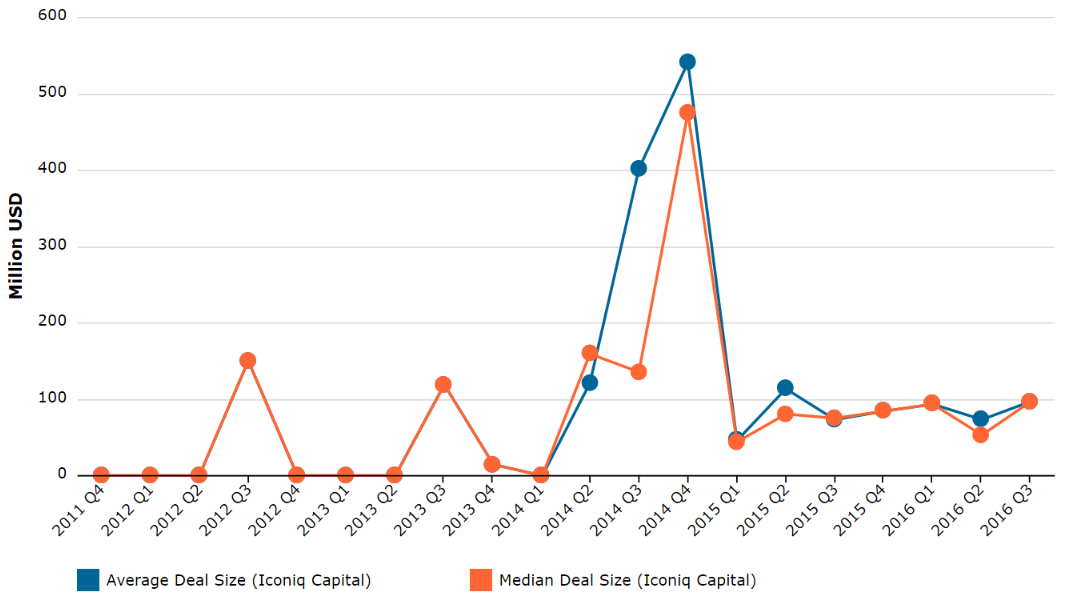 Iconiq Capital has had two exits since its founding in 2011, both of which occurred last week. Other companies in Iconiq’s portfolio that are in our Tech IPO Pipeline report or rumored to be nearing an exit are The Honest Company, Uber, Flipkart, Apttus, and Docusign.

“Samsung will drastically accelerate our vision. For us, the glaringly obvious advantage Samsung brings to our vision is scale.”

Since 2011, the majority of Iconiq Capital’s investments have been focused in the internet services sector. However, their overall portfolio has diversified occasionally into industrial/food companies such as Modern Meadow, mobile-focused companies such as Uber, and software-centric companies such as Viv Labs. Within the internet sector, investments are split into software/services and e-commerce. The industry heatmaps below show deal and funding activity per industry for the time period indicated by the orange slider. The size of the box represents the number of deals and the shade of the blue represents total funding amount with darker shades indicating higher funding. 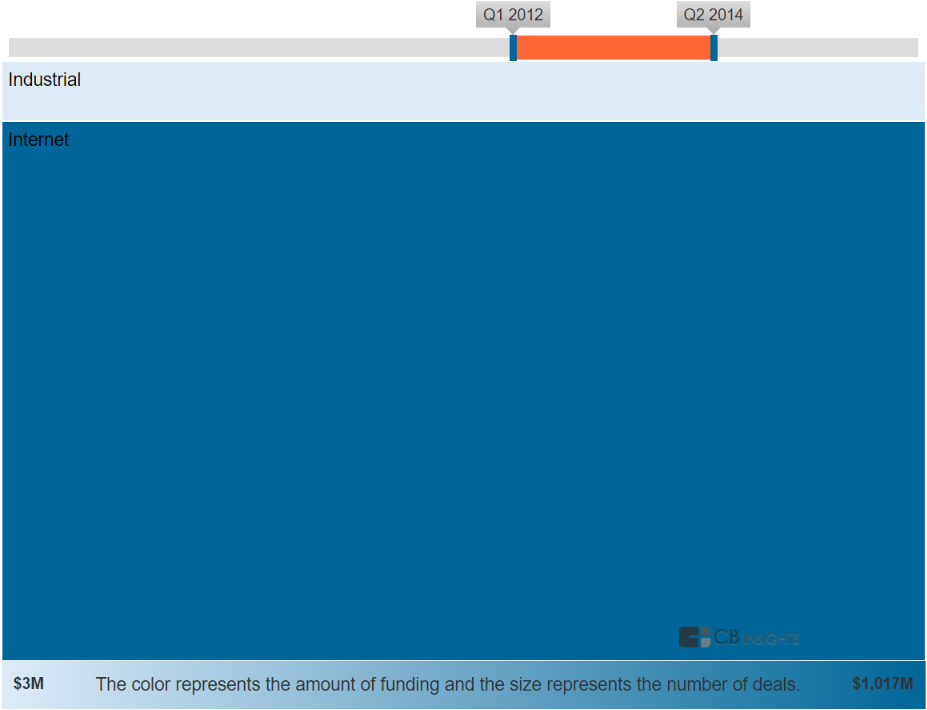 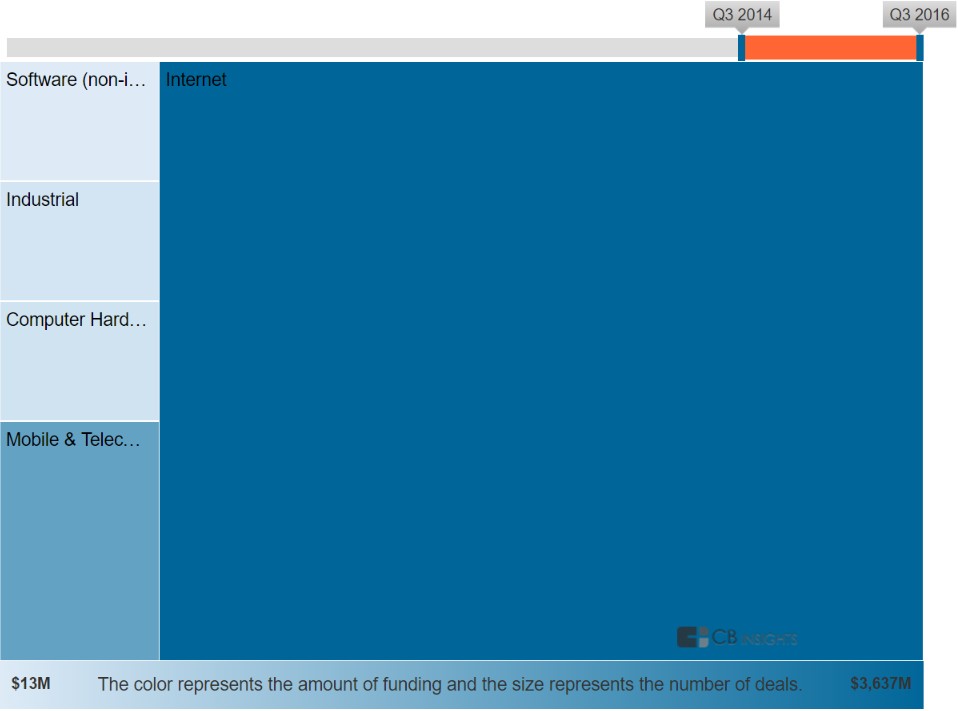 Within e-commerce, Iconiq’s investments were mainly follow-on and focused on multi-product deals such as The Honest Company and Flipkart. Within software, Iconiq has focused on customer relationship management, project management, and content management platforms. 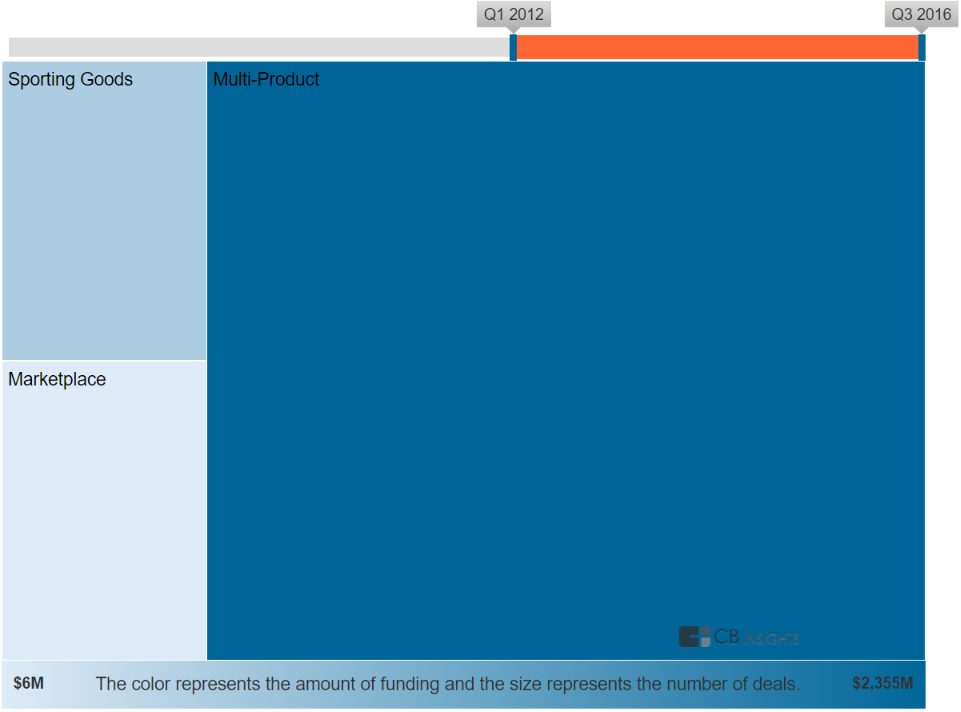 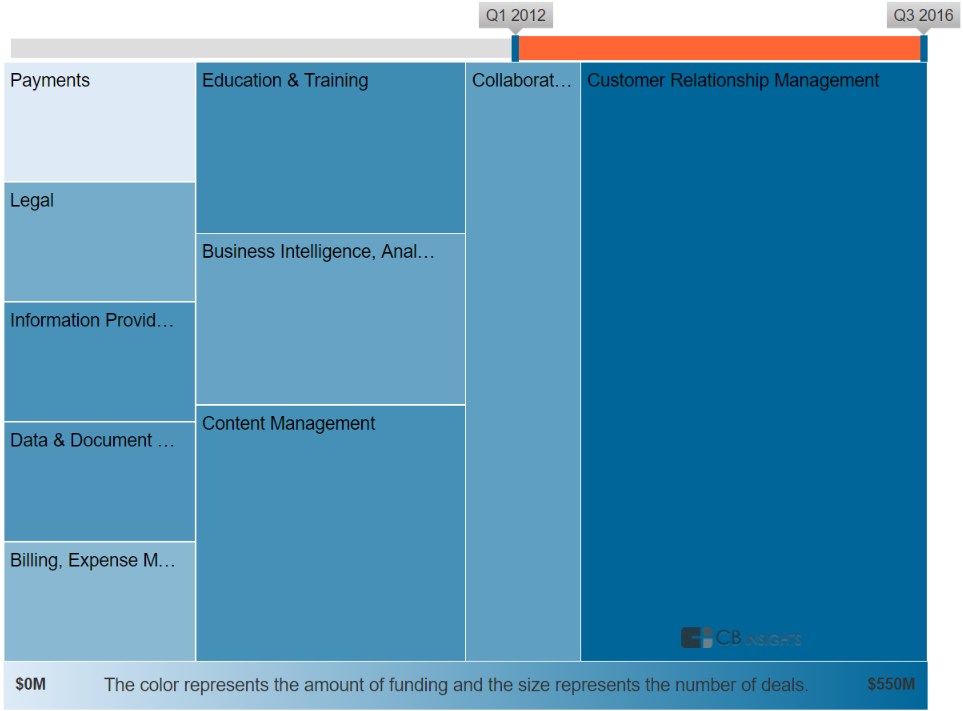 Over the past 3 years, just under two-thirds of Iconiq’s investments have been to late-stage Series D+ deals and over one-third to mid-stage Series B and C. Due to higher valuations and increasingly crowded cap tables, participating in such late stage deals often limits potential return on the investment. Notable exceptions to this strategy include participation in WeLab‘s and Apttus‘ Series A rounds and Modern Meadow‘s seed financing. Late-stage deals have been, on average, 3x larger than those to mid-stage companies.

Iconiq’s latest late-stage deals have been in Flipkart‘s $700M Series H, Coupa‘s $80M Series G, and DocuSign‘s $233M Series F. The table below gives details on the firm’s deals in each stage:

Iconiq Capital shares the highest number of rounds with New York-based Tiger Global Management, having joint investments with the hedge fund in 8 separate deals to 4 companies.

TGM is also the firm most likely to invest after Iconiq. Mr. Makan’s alma maters Goldman Sachs and Morgan Stanley have also been investing in rounds after Iconiq, second only to TGM. Another notable trend is that Iconiq tends to invest just after Battery Ventures; it has done so in 11 deals to date. 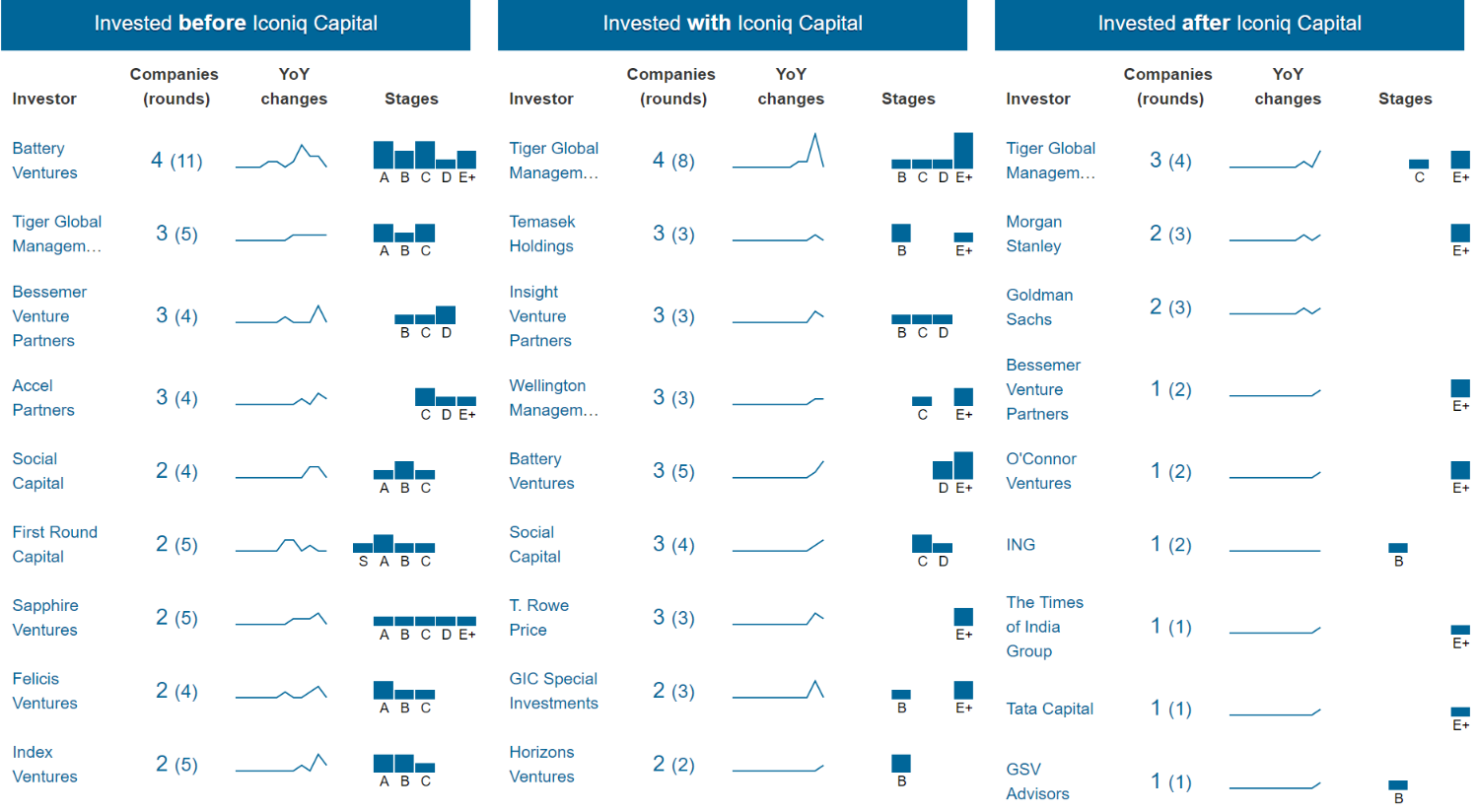