This year, for the first time, HR tech startups based outside the US are on track to take a majority of deal share in the space.

We used the CB Insights database to analyze total deal share by geography, and dug into deals since 2012 to HR tech startups outside the US, mapping the most well-funded companies in each of the countries outside the US that have seen significant HR tech private market activity.

Track HR tech companies outside the US

There have been deals to HR tech companies in 52 countries between 2012-2016 YTD, with the US as the dominant country for HR tech startup financing during that time period.

Looking beyond the US, the UK accounts for 6% of deals during the time period, India and Canada each account for 4%, followed closely by China which accounts for 3%. The remaining 21% of deals took place in 47 other countries. 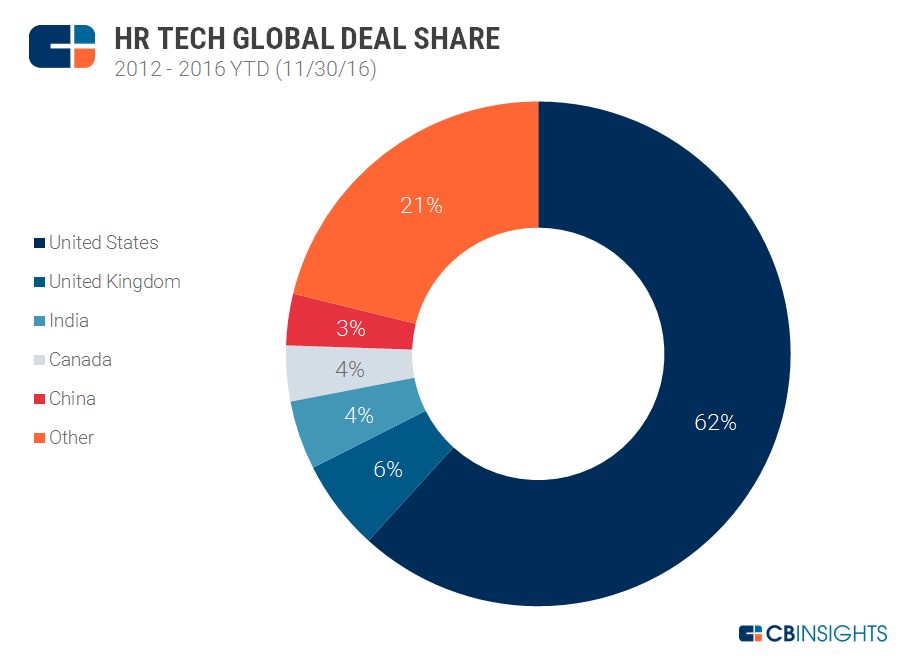 Most well-funded HR tech companies outside of the US

For our map, we included startups in countries with at least 4 HR tech companies that received funding since 2012 and included the 3 most well-funded companies in each of those countries during the period. A complete list is at the end of this brief. 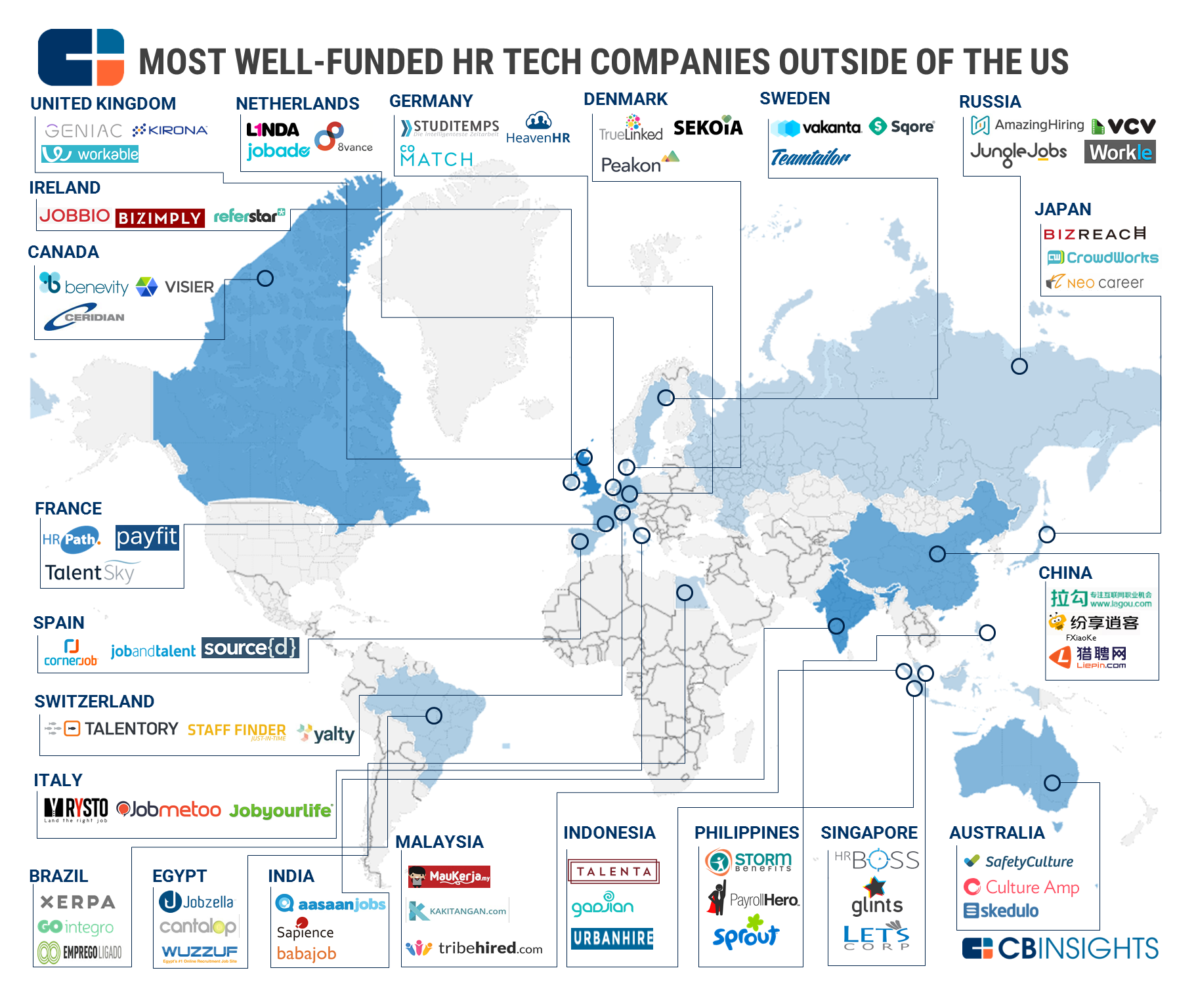 Top deals and most well-funded companies

Smart money VCs participate in HR tech deals outside the US

Of the 24 top VC firms, selected according to portfolio valuations and investment outcomes, 5 have made investments in HR tech startups outside of the US.