HR tech closed out 2016 at record levels with 402 deals worth approximately $2.2B in funding. 500 Startups remained the most active investor in HR tech since 2012.

The top deal in 2016 went to Ceridian, a payroll and benefits management software that announced a $150M private equity investment from Fidelity National Financial. Other highlights from 2016 include the uptick in investment activity from corporate investors. Though funding lagged 2015’s dollar investment, the record deal total suggests investors have remained optimistic about the category.

Funding also saw steady growth between 2012-2015, but 2016 lagged 2015’s dollar investment. However, funding was still strong relative to previous years, with several mega-rounds of $100M+ invested. This included Ceridian, mentioned above, SnagAJob, an on-demand marketplace for part-time jobs, which announced a $100M Series D investment; and Liepin, a marketplace and recruitment platform for full-time jobs in China that announced a $100M Series D investment. 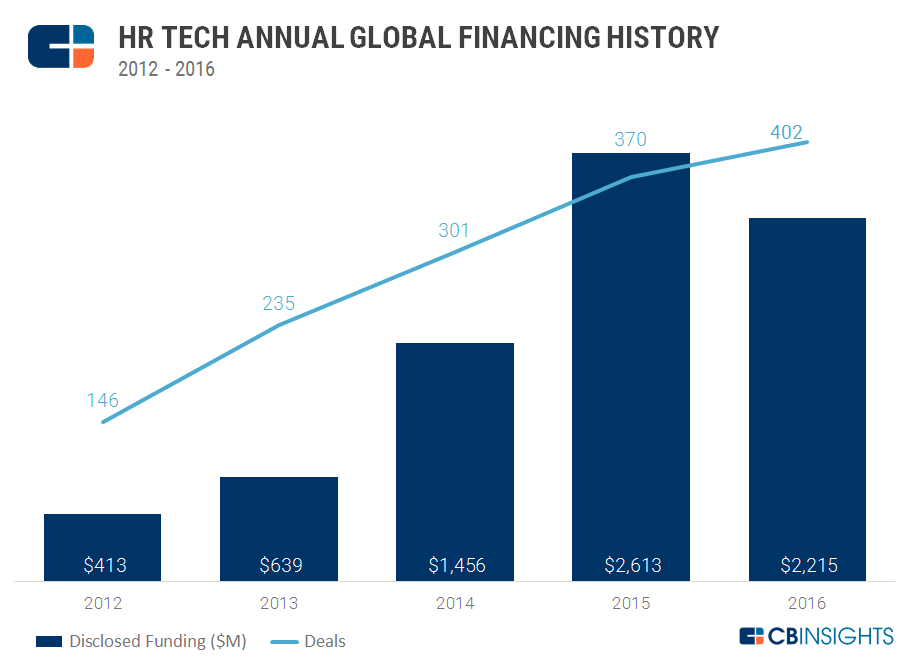 Digging into the quarterly data, 2016 saw a record quarter in Q1’16 with 117 deals worth approximately $771M. Top deals in Q1’16 went to Ceridian and SnagAJob, mentioned above.

Q4’16 ended the year down with 72 deals worth approximately $373M in funding. The slow-down in Q4 is similar to years prior. Deals in 2014 and 2015 also dipped in the fourth quarter but both rebounded with an upward spike in deals in the following quarter. 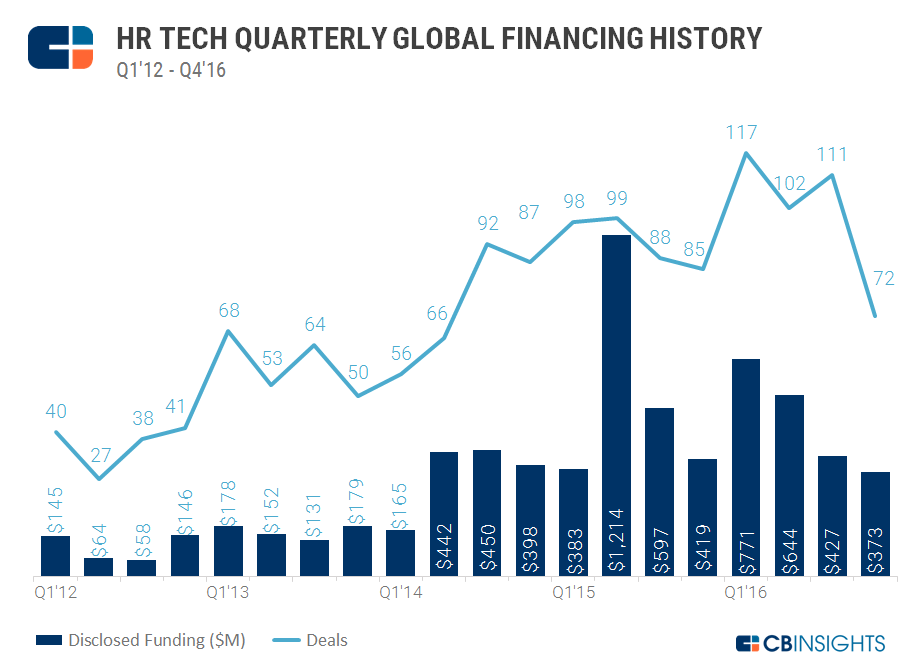