Research Brief
2520
a16z, 500 Startups, and NEA are the three most active investors in HR tech startups.

Outside of the $100M+ mega-rounds to companies including OneSource Virtual, and FXiaoKe there have been a flurry of investments into startups addressing pain points ranging from staffing, recruiting, to employee benefits and more.

Which firms are most active? We used CB Insights data to rank VCs by their unique HR tech investments over the past 5 years. 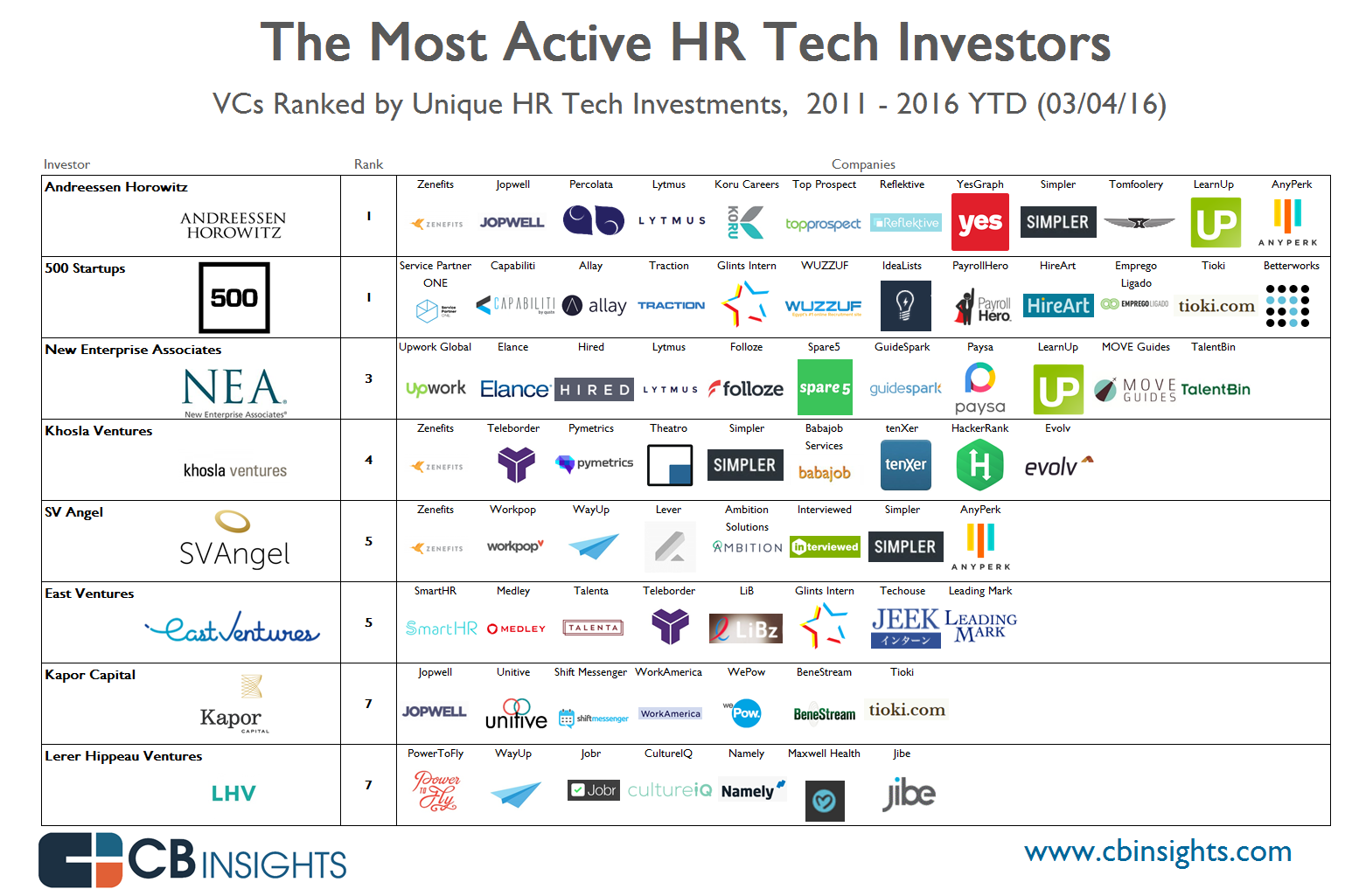 Want more data on HR tech companies? Login to CB Insights or sign up for free below.


If you aren’t already a client, sign up for a free trial to learn more about our platform.