Software is eating the world, and that includes the traditional workplace. We used CB Insights data to track funding to the startups transforming companies’ human resources departments, aka human capital management.

Q2’15, as we’ll see below, represented a peak in human resources technology funding, with more investment than any other quarter across the last five years, at $1.1B. 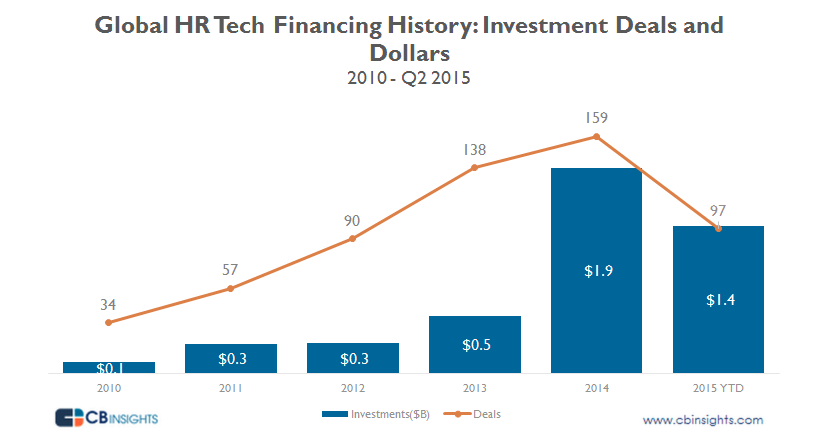 Looking at trends on a quarterly basis, Q2’15 has been a record-breaking quarter in the 2010 to 2015 period, in both deal-count and dollar terms.

The next-largest quarter for funding was Q1’14, after which funding halved but deal flow continued to climb.

In the last four quarters, including Q2’15, HR tech startups attracted $1.97B, up 17% compared to the previous four quarters. 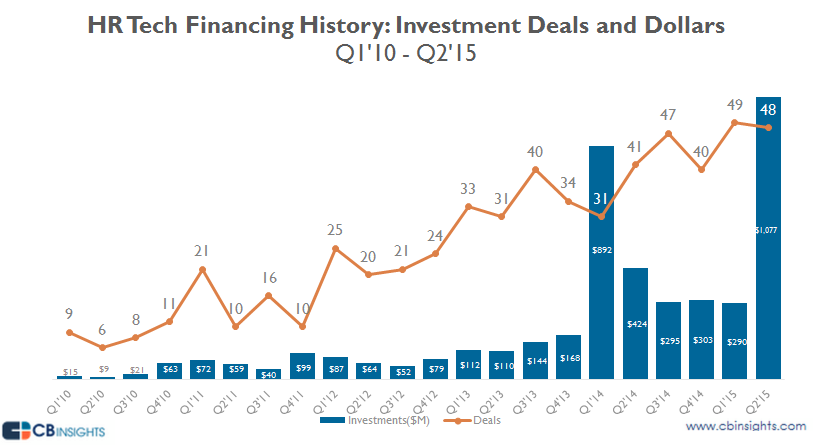 Deals And Dollars By Investment Stage 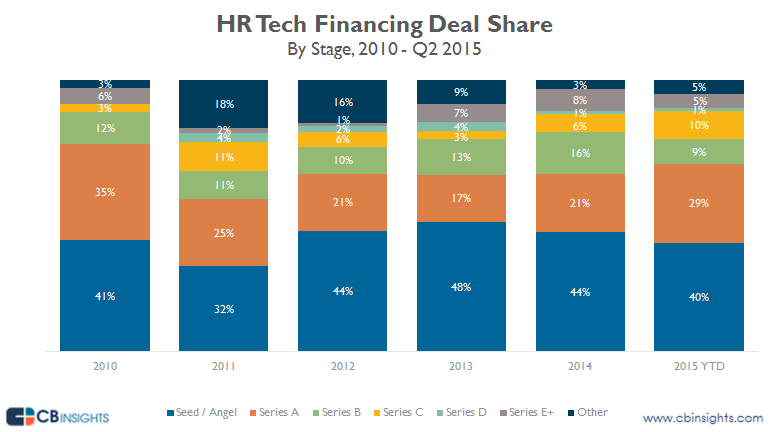 Early-stage rounds’ share of dollar funding has stood at around 15% in 2014 and the first half of 2015. In 2013, early-stage dollar share was 30%. Mid- and late-stage dollar share has also been highly variable, influenced by a few large mid-stage deals in the last couple of years. Large mid-stage deals in 2014 and 2015 included Zenefits’ Series C and ZenPayroll’s Series B. 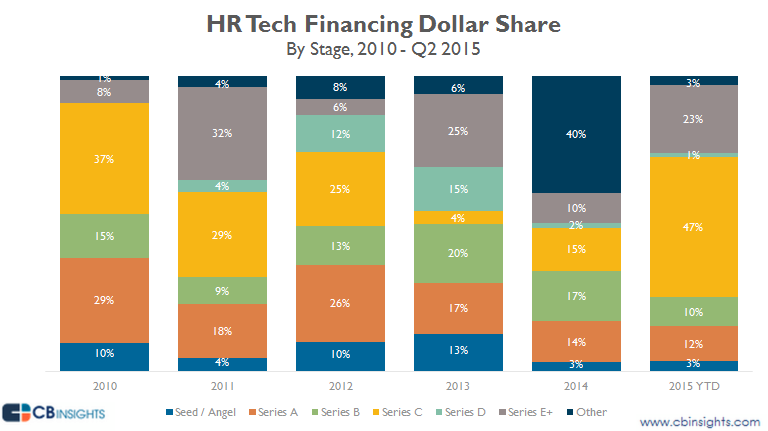 The most well-funded HR tech startup by far is Zenefits, which has accumulated almost $600M in funding, including its latest funding round in Q2’15, which valued the company at $4.5B. Following Zenefits in total funding were SilkRoad Tech, FXiaoKe, and GlassDoor, each of which has raised more than $150M in funding through Q2’15.

Major funding rounds included a $100M Series D for FXiaoKe, which closed in early July 2015; and a $70M Growth Equity round to GlassDoor in January 2015.