While some hospitals are consolidating and acquiring smaller hospitals, many are making bets on startups in digital health, CRISPR, and more.

New technologies are proliferating to help patients manage their health, and hospitals are taking notice. A combination of regulatory changes and market pressures are seeing more hospitals consolidate but also look for new ways to manage patients’ health in the hospital and after treatment.

To that end we used CB Insights data to map where some of the largest hospital groups (by number of hospitals) are investing. Specifically, we looked at where the following hospitals were investing in private markets through either direct investments or their associated investment vehicles: 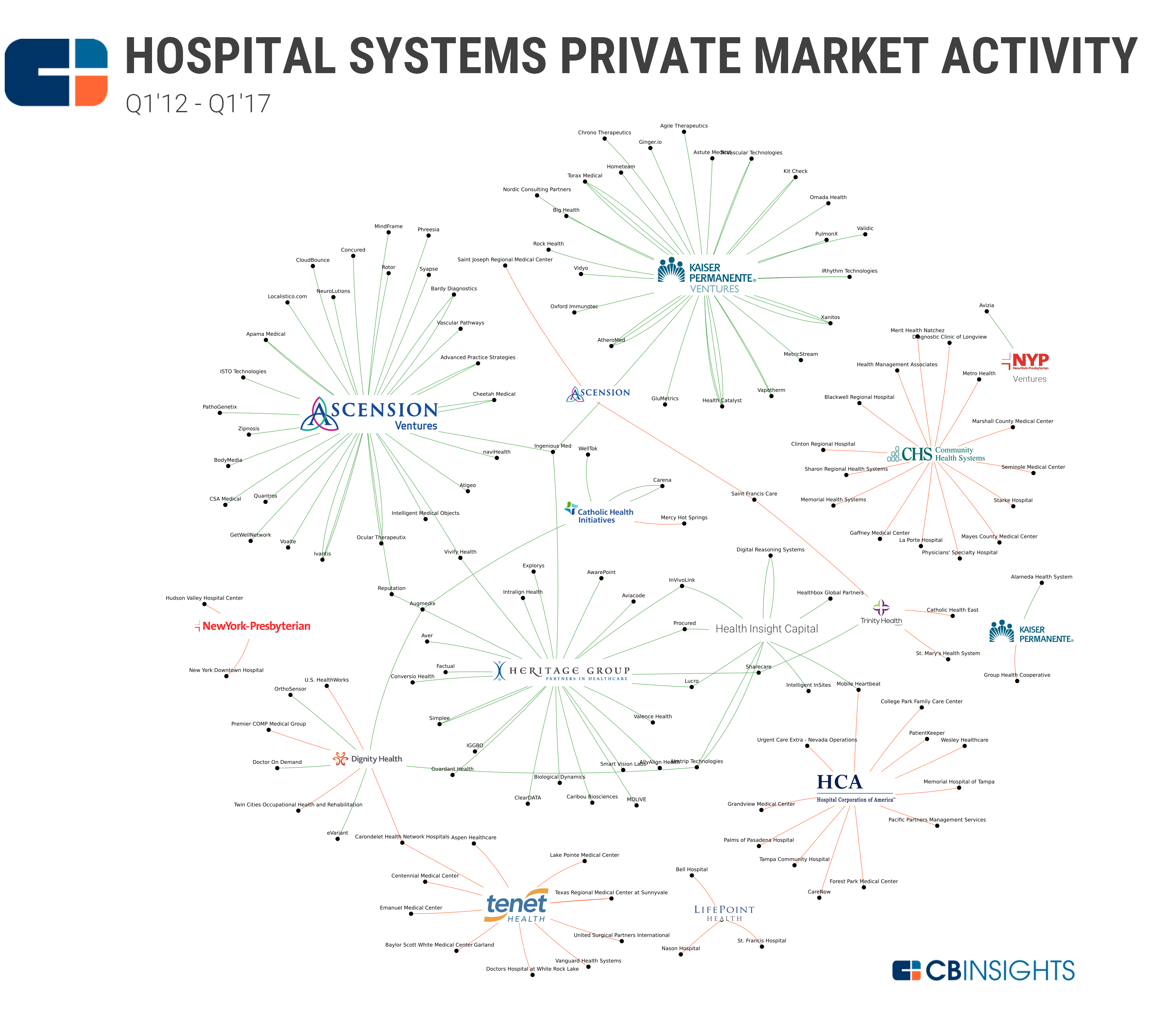 Looking at the graph, some takeaways:

Want more data on where hospitals are investing? Check out our private market database below.