Research Brief
2609
If the current run-rate holds, new private tech investments by hedge funds active in private markets are set to drop over 50% in 2016 compared to the previous year.

Hedge funds, which in recent years helped pump up late-stage tech startup valuations, are putting the brakes on new investments of this kind in the US.

Hedge funds including Tiger Global Management, Dragoneer Investment Group, and Valiant Capital Partners have over the past five years invested in many of the most prominent startup names in tech including AirBnB, Uber, and Spotify.

Now, a pack of the most active hedge funds in private tech investing pursued 24% fewer new tech deals in 2015 compared to 2014, according to CB Insights data.

These are the firms analyzed in this research brief, based on hedge funds that have made late-stage US private tech company investments since 2011:

Just two of the 12 firms announced a first-time deal into a US private tech company (defined as the first time a fund participates in a financing round to a specific company) in Q1’16. The firms included, all of which have made late-stage private tech investments in the last five years, are listed at the bottom of the brief. 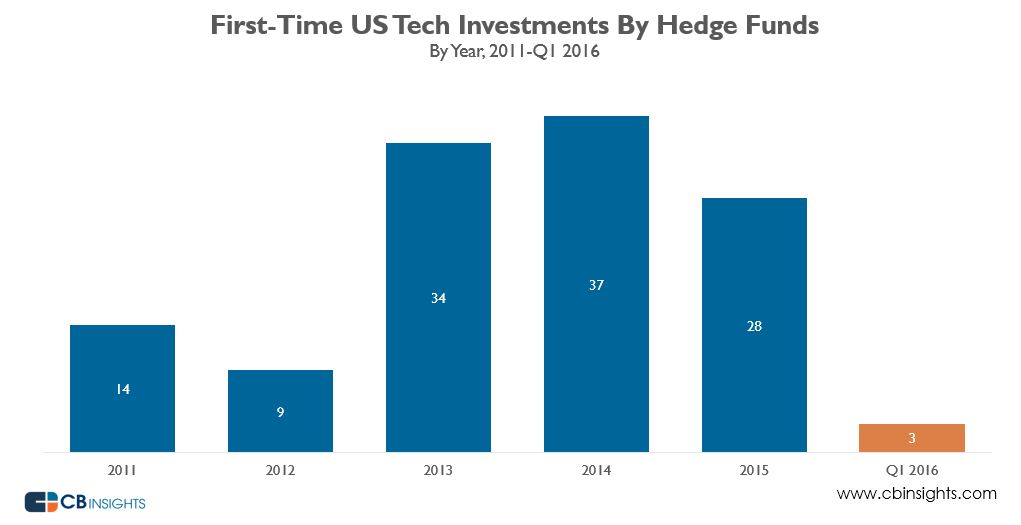