We take a look at how the Covid-19 outbreak is impacting startup investments by large "crossover" investors.

The economic shocks stemming from the outbreak of Covid-19 have led to a drawback in large investment firms’ participation in startup investing. In Q1’20, investments by crossover investors were no exception to the decline.

The number of deals to VC-backed companies with crossover investor participation reached an all-time high in Q2’19. But recently, the outbreak of the coronavirus seems to have taken a toll.

Globally, deals with crossover investor participation fell 25% in Q1’20 from Q4’19 and declined 16% compared to the same quarter a year before. 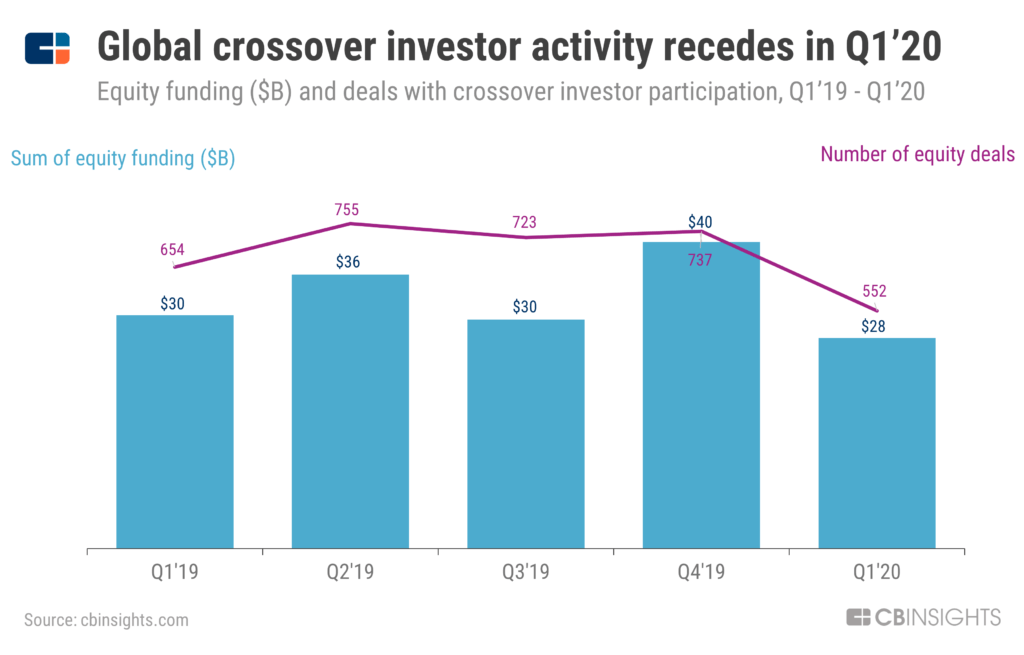 The reasons behind the decline are fairly clear. Crossover investors allocate investments across asset classes with different risk profiles, with venture and startup investments generally making up only a small part of their portfolios. When markets turn, these investors often reshuffle allocations away from risk, moving away from riskier bets like startups.

For example, funds like the Public Investment Fund of Saudi Arabia and US hedge fund Lone Pine Capital sat out on startup investing in Q1’20 after participating in multiple deals in 2019.

In the United States, the number of crossover investor-backed deals fell even as the value of those deals grew, with investors backing fewer, but larger, investments. In Q1’20 deals fell by 8% compared to Q4’19, while deal value rose 30% to reach record Q2’19 levels. 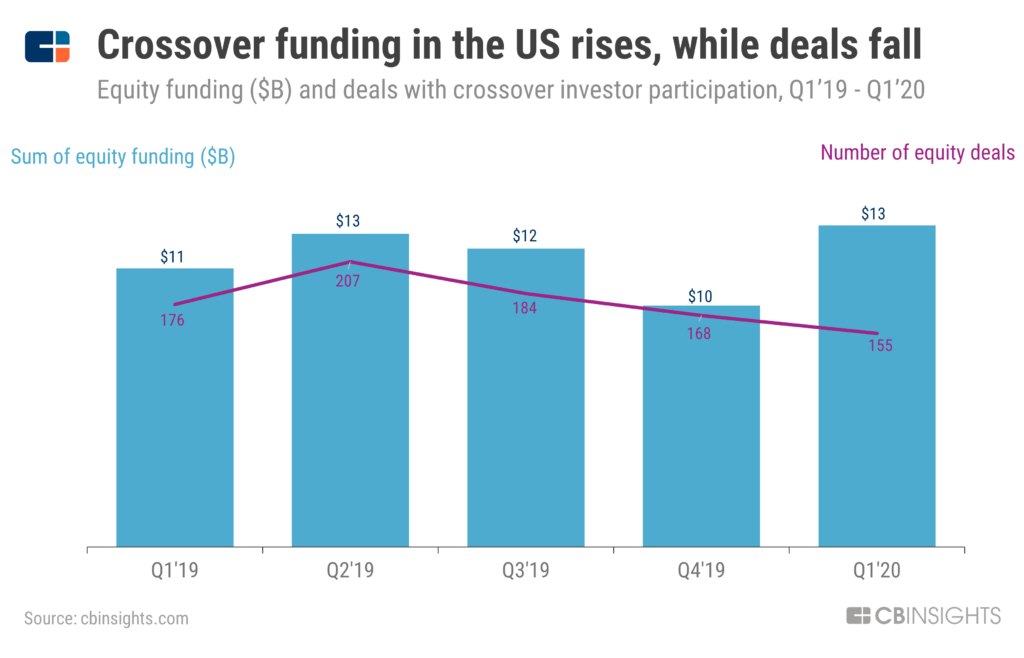 Several US-based investors sat on the sidelines in Q1’20, including Lone Pine Capital. The hedge fund, which previously backed TransferWise, Away, Snap, and Uber, made no startup investments last quarter. Last year, Lone Pine participated in Sweetgreen‘s $150M Series I in Q3’19 and Convoy’s $400M Series D in Q4’19.

The impact of the outbreak on deal activity in Asia has been dramatic. Following a surge in deals and funding in Q4’19, the number of deals in Asia with crossover investor participation fell 39% in Q1’20. The value of those deals nearly halved during the same period. 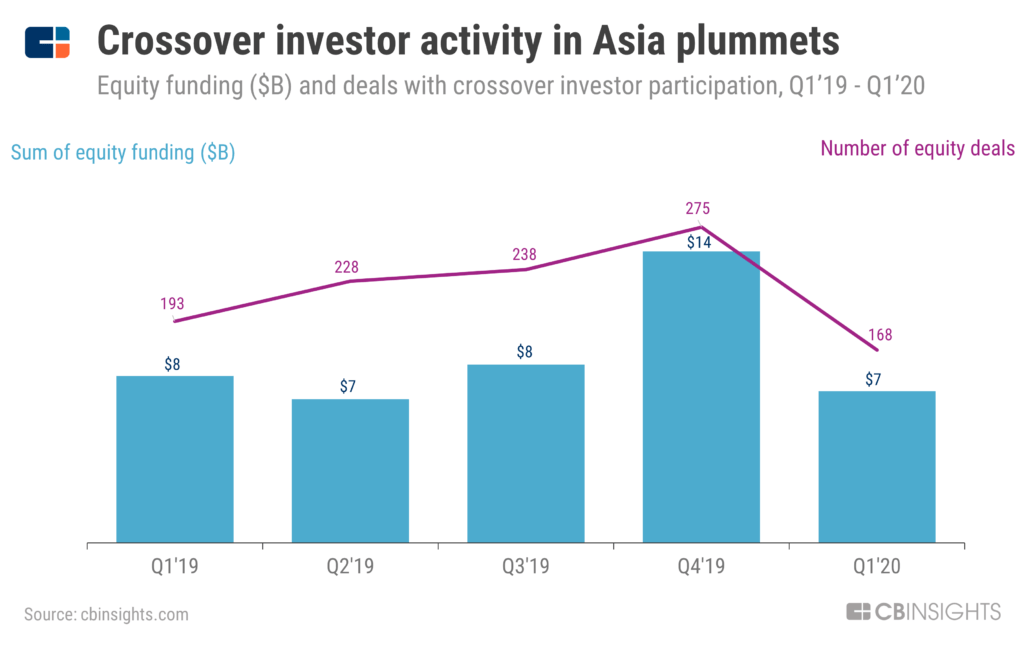 Asia-based investors that abstained from startup deals in Q1’20 include the Public Investment Fund of Saudi Arabia, which has previously backed companies like ride-hailing giant Uber and delivery startup CloudKitchens. Most recently, the fund backed digital health unicorn Babylon Health in Q3’19 and oil equipment manufacturer Novomet in Q4’19.

Crossover investors are likely to continue to be wary of venture capital deals in Q2’20. The risky environment is not expected to change quickly or soon, as uncertainty over Covid-19 management persists and economies reckon with debt, unemployment, and more.

Furthermore, sovereign wealth funds, particularly from oil-producing countries, are expected to be negatively impacted by the decline in crude oil prices.