Deep-pocketed healthcare investors are going upstream, looking beyond public companies to invest in private market financing deals. We used CB Insights data to put some number behind this trend, which we’ve observed in tech as well. We consider crossover investors to be institutions like banks, mutual funds, hedge funds, asset managers, and diversified financial services-based firms, all of which customarily invest in the public markets.

There were 10 $100M+ sized deals in 2015, including financings of Immunocore, Stemcentrx, and Adaptive Biotechnologies. 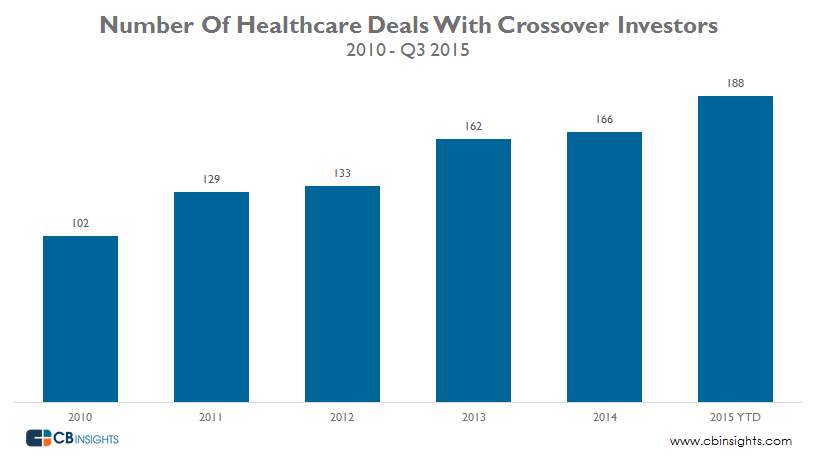 The number of unique crossover investors is also increasing. There have so far been more than 120 of these investors active in 2015, which is more that 40 more than the total number in 2010. 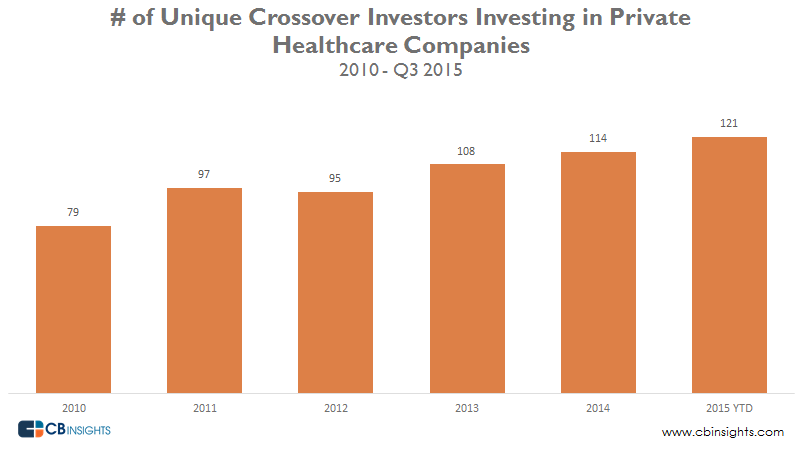 Silicon Valley Bank is the most active crossover investor, with investments in more than 45 private healthcare companies since 2010. Hedge fund Rock Springs Capital and diversified financial firm GE Capital tied for second, with more than 25 companies apiece. There have been 19 total crossover investors with investments in at least 10 healthcare companies since 2010.

Want more data on healthcare deals? Check out our venture capital database below.