Investors normally focused on public markets are betting on cybersecurity startups. They have done over 70 cybersecurity deals since 2012.

These “crossover investors” — those that are customarily focused on the public markets — have been participating in deals alongside VCs and other tech investors. Crossover investors have participated in over 70 cybersecurity deals since 2012.

Select crossover investors that participated in deals so far this year include Fidelity Investments as the sole backer of a $50M Series B round to the company Malwarebytes, as well as Lazarus Investment Partners’ partial backing of Cynet, and Goldman Sachs’ investmment in Ionic Security, among others.

Growth in crossover deals and dollars

Deals to private cybersecurity companies involving crossover investors rose from just 5 in 2012 to 25 in 2015, with this year’s run-rate (based on deals through 9/6/16) on track for over 20 deals by year-end, putting it just below the 2015 deal peak.

Other notable crossover deals this year include a $41M Series D round to vArmour Network, which offers data center and cloud security in addition to cyber deception solutions. The company was backed in that round by investors that included Redline Capital Management. 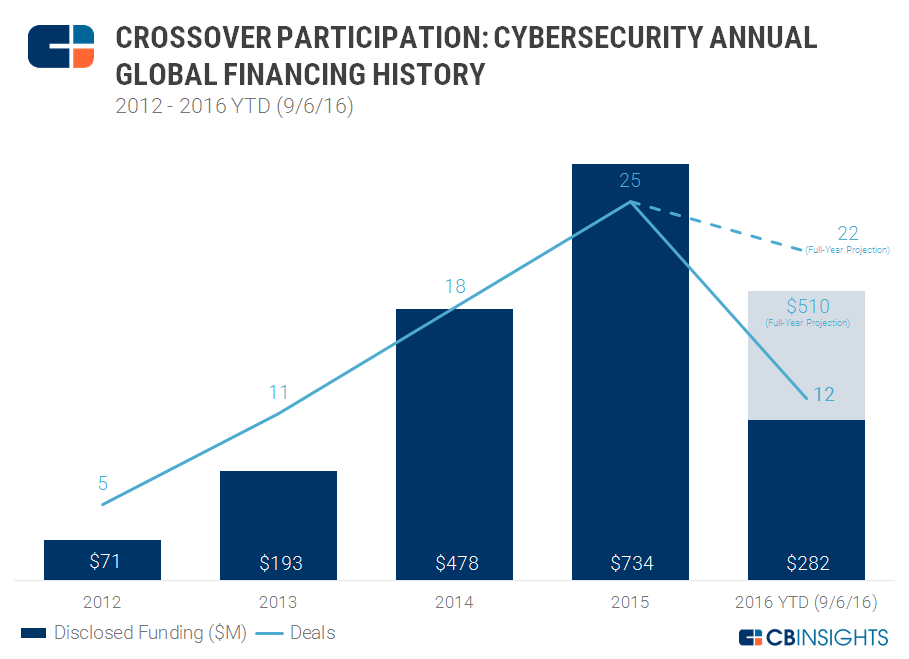 In deal terms, investments that involved crossovers skewed towards early- and mid-stage rounds (Series A and B) — but were quite diverse overall. 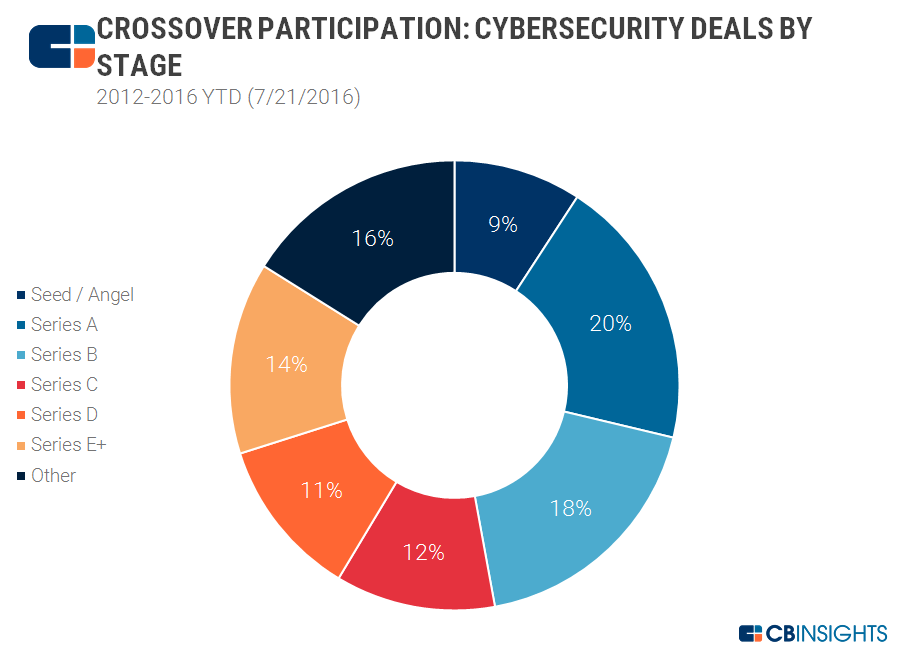 Want more data on cybersecurity investors? Log in to CB Insights or sign up for free below.