Research Brief
1901
Hedge funds like Tiger Global and investment banks like Goldman Sachs are quickly warming to the payments industry. 2015 is on pace for record funding.

Crossover deal flow in payments has been on the upswing in recent years. Crossover funding to payments startups was up 260% or 4x in 2014. The pace hasn’t let up this year: Q1’15 saw $252M in funding by crossover investors, putting this year on pace to surpass 2014’s total. There were more crossover deals in Q1’15 alone than in all of 2010. 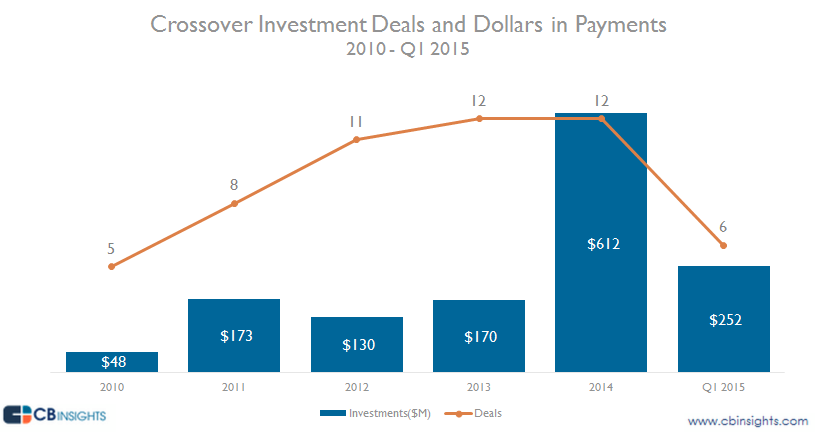 Interestingly, despite the perception that crossover investors might favor late-stage investments, early-stage deals actually account for a fair portion deal activity, though they have lately been on the decline. Notable recent early-stage deals include Bitnet Technologies’ $14.5M Series A funding in which Stephens Investment Management participated, and Tiger Global Management’s participation in Unicommerce eSolution’s $10 M Series A. 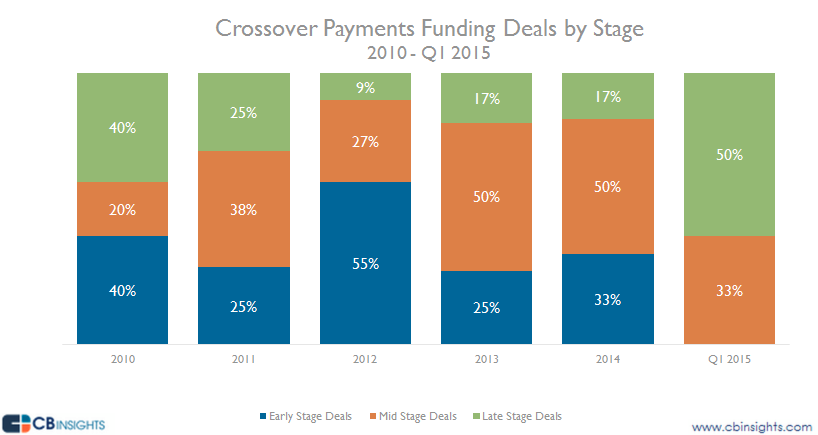 As might be expected, a majority of the dollars went to mid- and late-stage deals. Notable recent mid- and late-stage deals include a $115M Series F financing to Zuora in Q1’15, which Premji Invest, Wellington Management, Passport Capital, and BlackRock all participated in. There was also a Series C  round to Coinbase, which had the participation of BBVA and USAA (United Services Automobile Association). 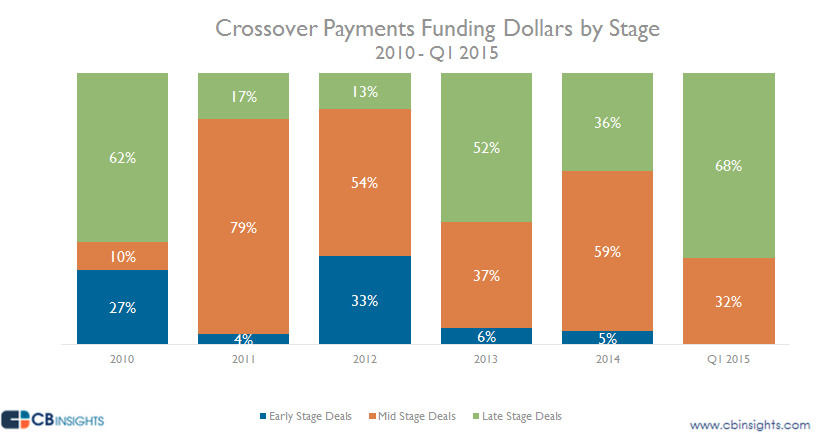 Tiger Global Management headed up our list of the top crossover investors in payments during the last 5 years. Tiger was followed by Silicon Valley Bank, and Pantera Capital. Tiger’s notable recent deals include its participation in Square’s $100M Series C round, the Series A funding of Unicommerce eSolutions, and ChargeBee’s Series B financing round.

Want more data on payments startups? Check out our venture capital database below.