Research Brief
1613
Here's where the money in life sciences going - by geo, by industry and the biggest deals.

Life science companies (medical device, pharma, biotech) raised $8.2B from VC firms in 2014, up 28% YoY. Q2’14 was the strongest quarter, with $2.7B invested across 161 deals buoyed by the $200M growth equity round into Intarcia Therapeutics. 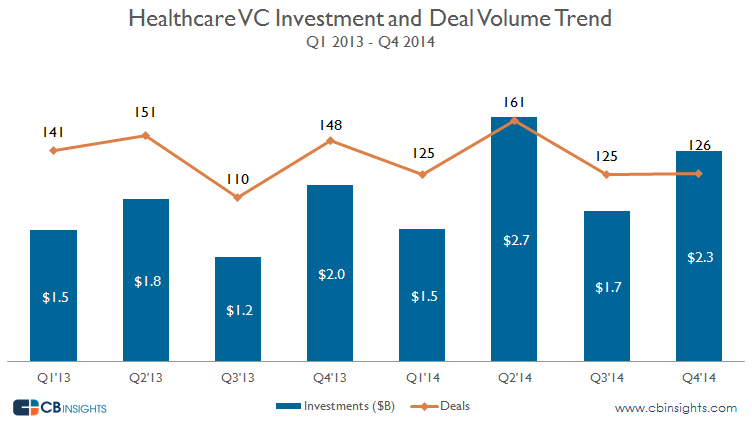 The Top Healthcare Deals Raise More than $1.3B

2014 saw 5 healthcare rounds greater than $100M. RNA therapeutics company Moderna’s $450M Series E deal in December was the biggest of the year in biotech history. Following after was Intarcia Therapeutics $200M Growth Equity Round and Juno Therapeutics $134 Series B round (with the company going public later that year). 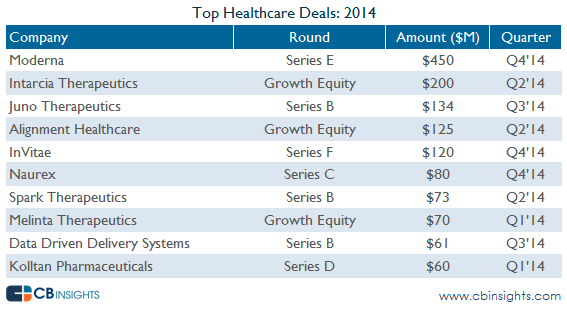 California and Massachusetts Take More Than Half Of Healthcare Deals

Most of healthcare deals were concentrated in California, where 38% of total deals occurred including $100M+ deals in Alignment Healthcare and InVitae. Massachusetts was the second largest hub for the industry with 17% of deals. Pennsylvania’s emerging life sciences scene managed to take 5% of deals, including investments in Spark Therapeutics and TELA Bio. 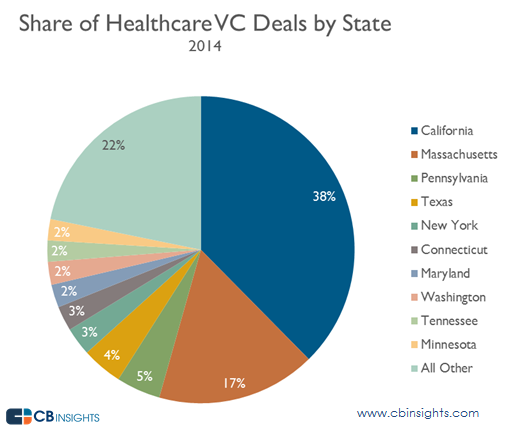 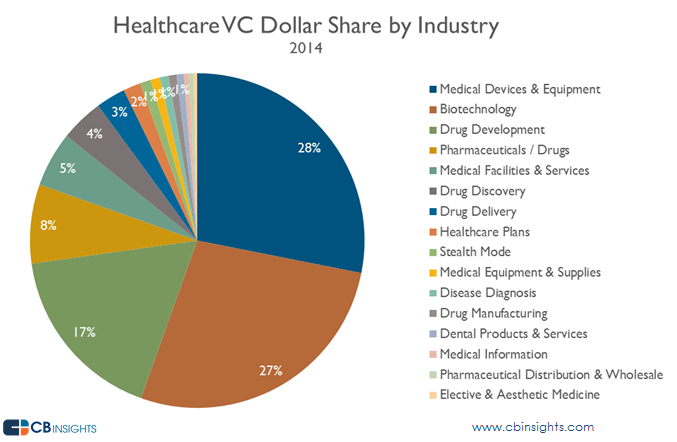 Want to track healthcare financings and their investors? Sign up for our venture capital database below.