Research Brief
1457
Healthcare companies were over 80% of venture-backed IPO activity in Q3'14. But while exit activity remained plentiful, healthcare VC funding and deals dropped 38% and 22% on a sequential basis.

This brief takes a look at investment trends including the top states, industries and stages observed across the U.S. healthcare VC ecosystem (medical devices, pharma, biotech) in Q3’14. For more VC financing and exit data across all sectors and U.S. tech hubs, see the full Q3 2014 Venture Capital Activity and Exits Report. 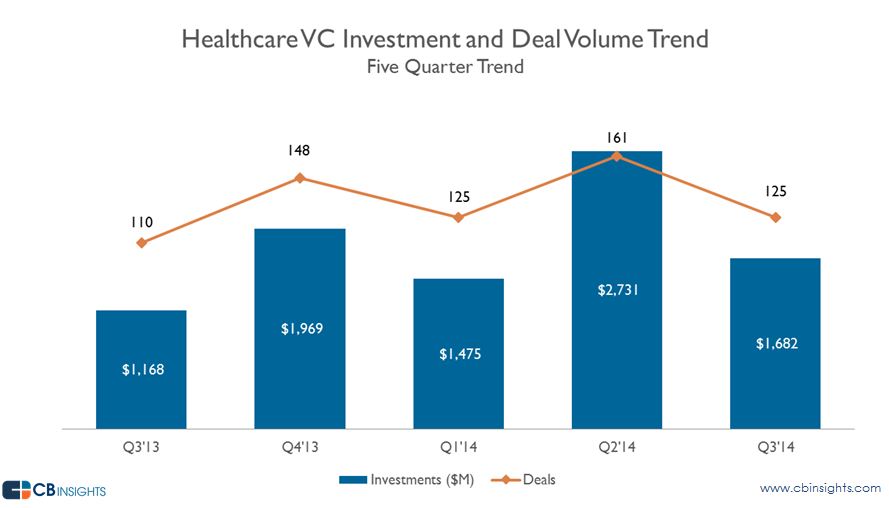 Early-stage healthcare deal activity (Seed/Series A) gained share in Q3 and took 41% of the total # of deals in the sector, after falling to a cumulative 33% in Q2. Mid-stage deal share at the Series B stage fell to 25% over the three month period, after taking 29-30% in each of the previous two quarters. 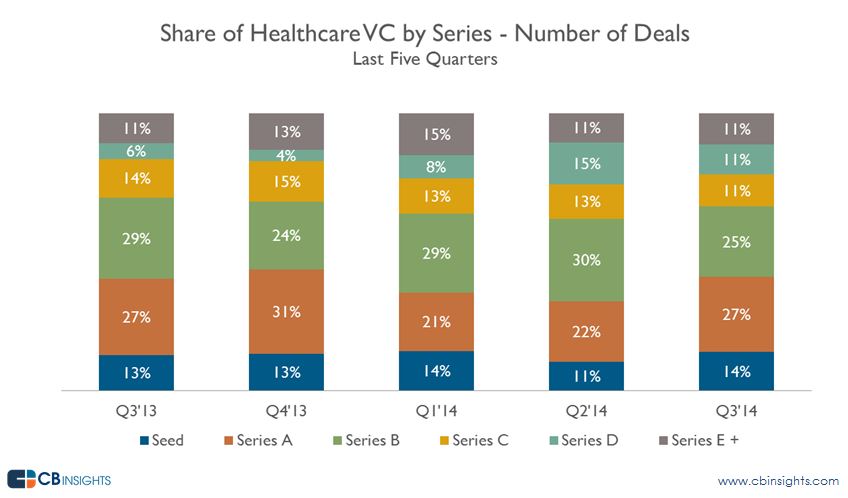 On the funding front, however, healthcare VC dollars remained strong at the mid-stage as Series B funding share remained near Q2’s five quarter high at 33%. Late-stage deal share fell to a combined 27% after taking 39% in Q2. 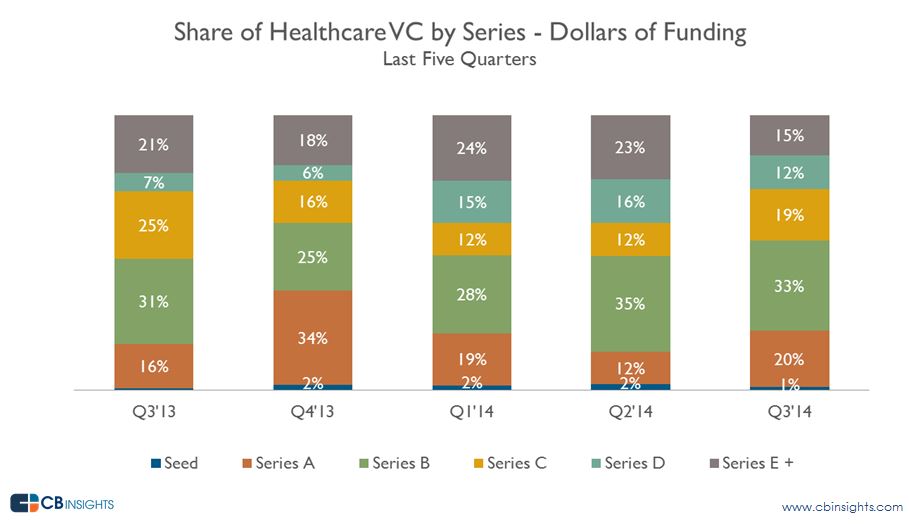 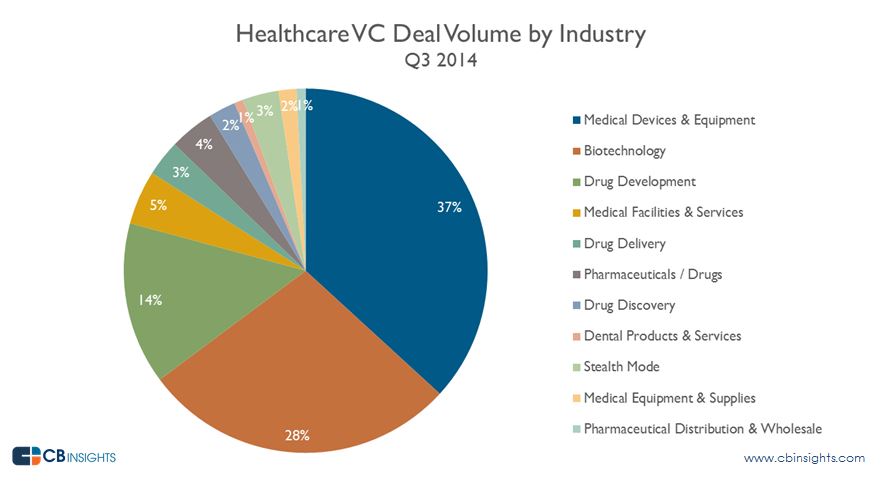 To track every private company healthcare company financing and exit, check out the CB Insights Venture Capital Database. Sign up for free below.