Research Brief
2088
There have been more than 400 healthcare deals in the first half of 2015, and the year is on track for a five-year high in funding.

VC-backed healthcare companies in the US have seen a  jump in financing, with more than $6B already invested in the first half of 2015 across more than 400 deals, putting this year on track to hit a 5-year funding high.

We used CB Insights’ database to highlight funding trends, exit activity, active investors, and the most well-funded companies to keep you up-to-date with what’s happening in the healthcare industry.

Private financing into healthcare companies has increased significantly for the past two years, with more than $11B invested in 2014, a 30% increase from the year prior. The first half of 2015 has already seen more than $6B invested, putting it on track to beat 2014’s total of $11.2B invested (albeit with slower dollar growth than in 2014). Deals, however, have slowed significantly for the first half of this year, with only 403 financings being completed. This would suggest that fewer, but larger healthcare deals have been happening. 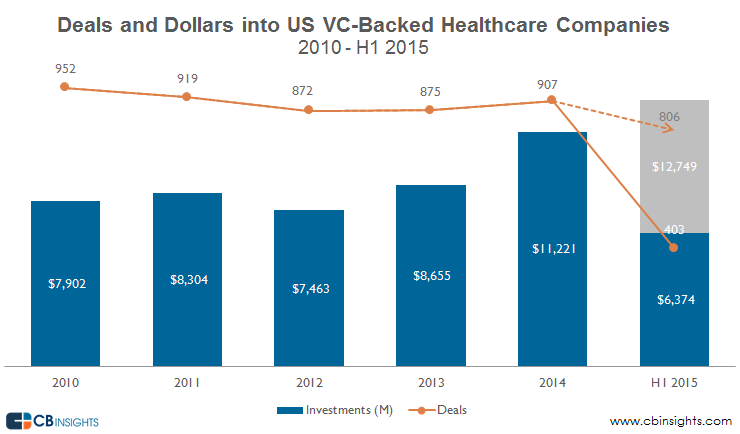 Q2’15 was the first quarter since Q1’13 with less than 200 deals, but also was the third consecutive quarter of increasing investment, with 4 out of the last 5 quarters seeing more than $3B invested. Q2’14 saw the most activity, with a peak of $3.7B invested across 261 deals. Large deals in that quarter include a $200M investment into Intarcia Therapeutics and a $125M investment into Alignment Healthcare. 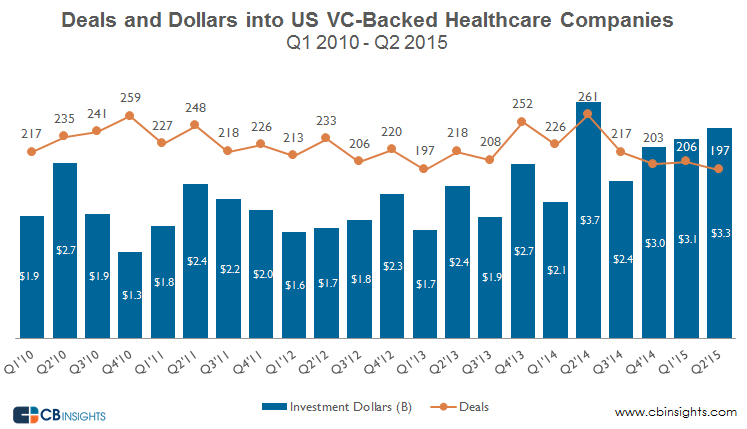 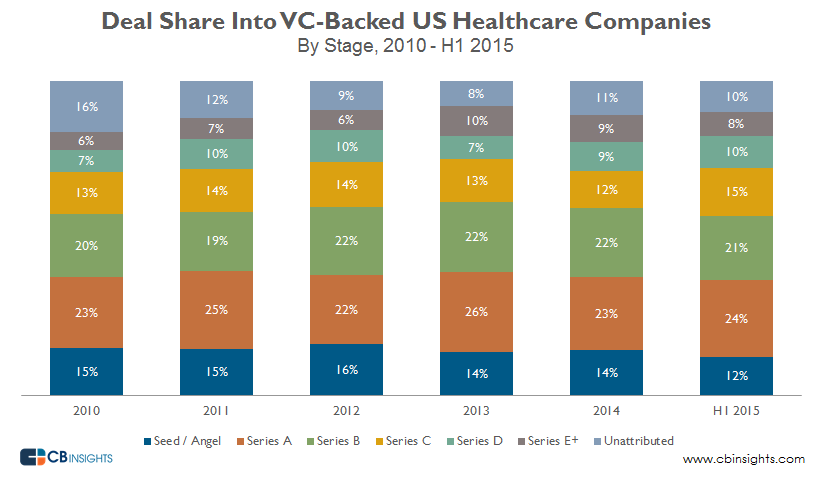 After two strong years, Series E+ financing dropped from 19% to only 14% of dollar share in the first half 2015, while Series B has climbed from 20% in 2013 to 28% in the same period, in part thanks to an $80M financing into Allergen Research Corporation. Series C saw a steady decrease in dollar share since 2010, and experienced a particularly large drop in 2014 when it took less than a fifth of all dollars for the first time. Seed deals have remained range-bound at 1%. 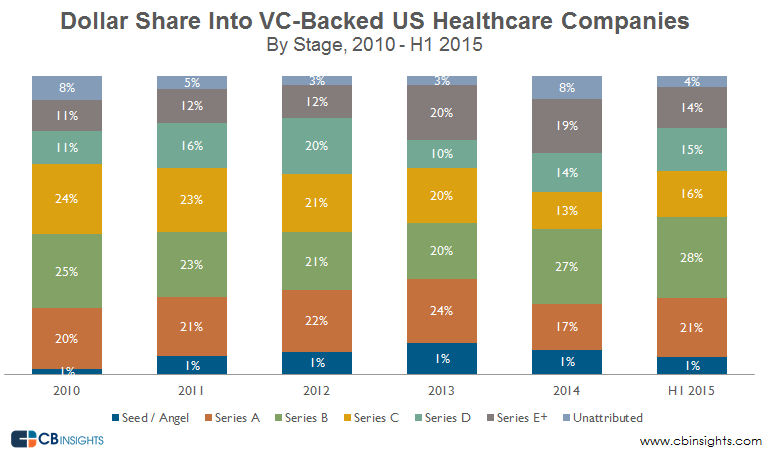 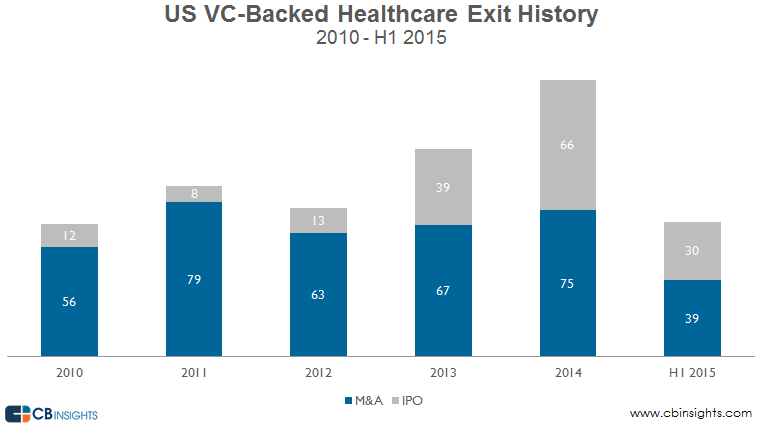 Alta Partners has had the most exits in healthcare companies, with more than 30 portfolio companies exiting since 2010. Domain Associates and OrbiMed Advisors rounded out the top three, with both of them being investors in Glaukos and Otonomy. New Enterprise Associates followed, and is the only VC in the top five without a healthcare-specific focus.

NEA, which has a new fund larger than $3B, is the most active VC investor in healthcare companies, with investments in ~80 companies since 2010. OrbiMed Advisors and Versant Ventures were the only other investors with more than 60 investments during this time. Some investors who have seen more activity in 2015 include Deerfield Management, Ally Bridge Group, and Foresite Capital Management.

Novartis is the leader in healthcare investment among corporates, investing in more than 40 healthcare companies since 2010. Novartis has ramped up deal activity significantly in recent years. Johnson & Johnson and Fidelity Biosciences were not far behind, with more than 35 invested companies apiece.

Below are the most well-funded VC-backed healthcare companies in the United States, as well as a description and select investors. Three of the companies on this list are valued at $1B+ or more (Moderna, Intarcia Therapeutics, and Theranos).

Want more information on healthcare companies? Check out our venture capital database below.