Research Brief
2384
Seed investors poured over $120M into healthcare startups in 2015, a five-year high, the bulk of it going to biotech and medical devices.

Healthcare funding has been on a roll recently, and that strength has extended into seed stage funding, where funding reached a five-year high last year.

Notable seed deals in 2015 included stealthy Orionis Biosciences‘ $4M financing from Excel Venture Management, as well as $4M seed rounds to biotech players Thrive Bioscience and Verge Genomics, the latter a company that mines data on existing drugs to predict which ones will work for specific diseases.

On a quarterly basis, activity broke the 40-deal threshold in both Q1’15 and Q3’15, the first time that’s happened since a seed activity spike in 2012. 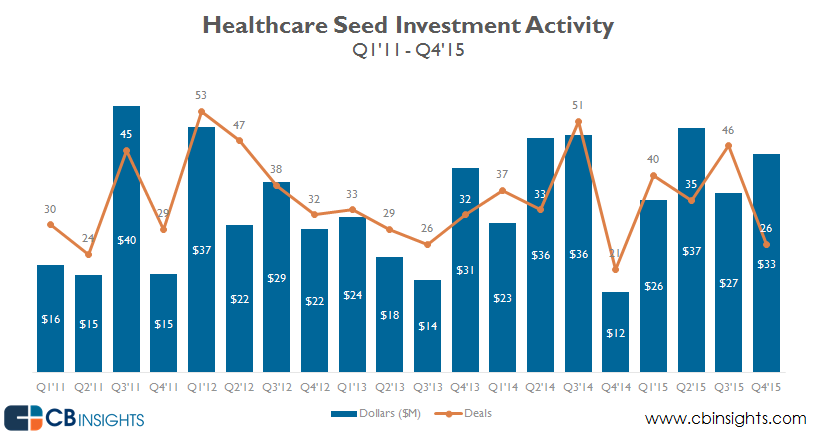 Seed investors in healthcare in 2015 did the bulk of their deals in two industries, medical devices and biotech. Medical devices startups garnered 34% of all seed deals, raising $31.8M in aggregate, while biotech startups saw a 30% deal share and raised a combined total of $36.9M.

Notable medical device companies to raise seed rounds in 2015 include tissue engineering startup CuraSeal, which raised $3.28M in May 2015 from Ascent Biomedical Ventures, as well as FirstSense Medical, a company developing an automated tester for breast cancer screening, which raised $3M in June 2015. 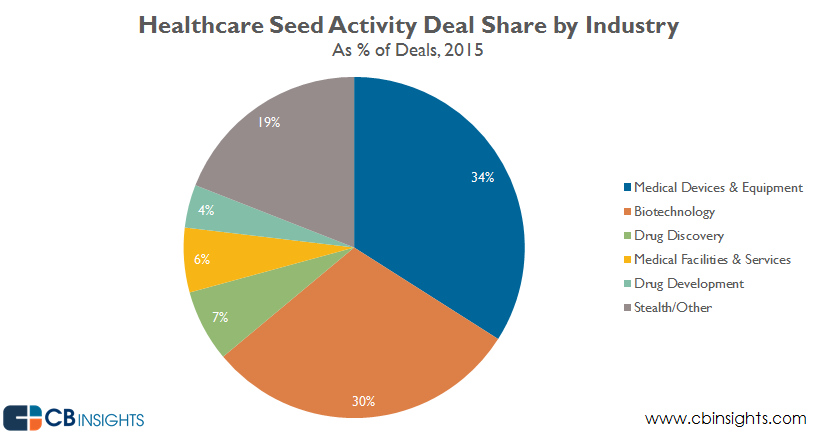 Want more data on healthcare seed activity? Login to CB Insights or sign up for free below.