Research Brief
1770
While tech public offerings are in the doldrums, healthcare IPO activity is strong with more than 60 happening in 2014.

VC-backed tech IPO activity has been anemic (while private IPOs have boomed), but the same cannot be said for healthcare IPOs which includes life science deals to biotech/pharma and medical device companies. 2014 saw more than 60 US-based VC-backed Healthcare companies go public, a 65% increase from 2013. Nearly half of all VC-backed healthcare exit activity in the US was in the form of an IPO last year. 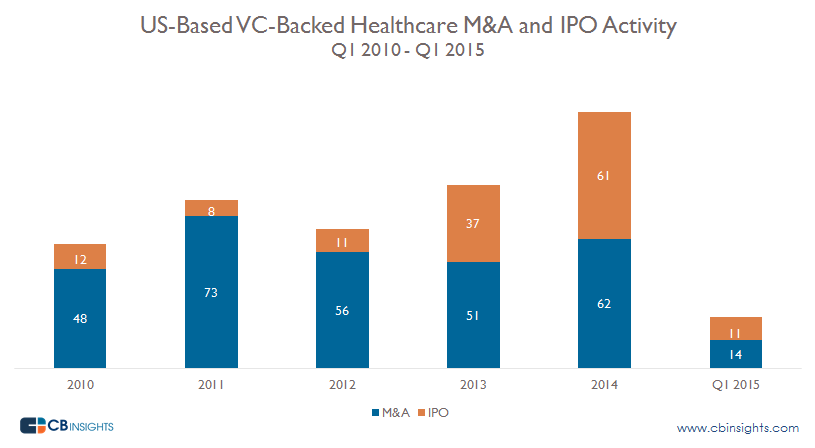 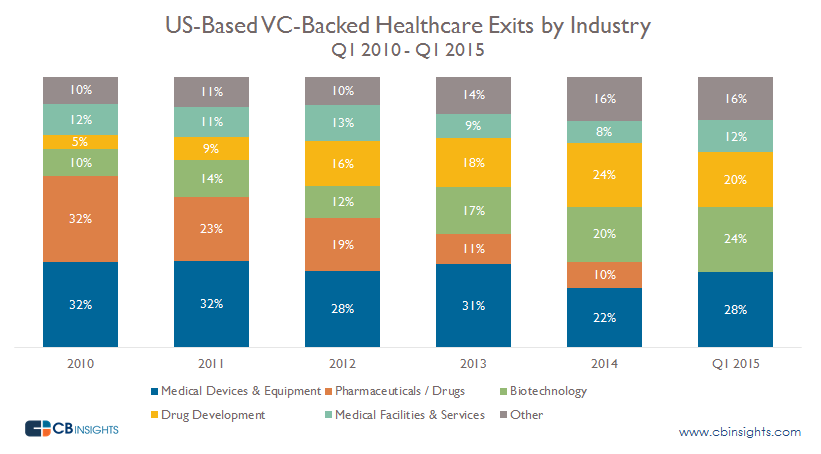 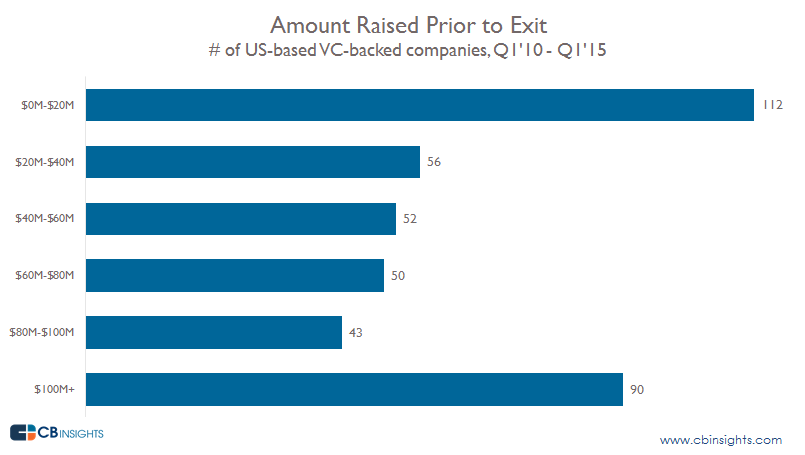 Boston Scientific Corporation was the most active acquirer of VC-backed healthcare companies over time with the pick up of companies such as Xlumena and Vessix Vascular. Shire, a specialty biopharmaceuticals company, followed closely behind in acquisitions with more than 5 since 2010.

OrbiMed Advisors, a healthcare dedicated venture capital firm based in New York, saw the most exits of any healthcare investor since 2010. Exits in their portfolio include Seragon Pharmaceuticals and SAGE Therapeutics. New Enterprise Associates and RA Capital Management followed behind OrbiMed.

Want more data on healthcare financing and exits? Check out our venture capital database below.