This note also discusses how tech companies are innovating to reduce their dependence on rare raw materials.

Today, we discuss GitHub, using AI to attack Alzheimer’s, the big money in used car marketplaces, and more, including:

With Microsoft’s acquisition of GitHub being the largest enterprise software M&A exit ever, was there an increase in chatter about developers on Microsoft earnings calls? 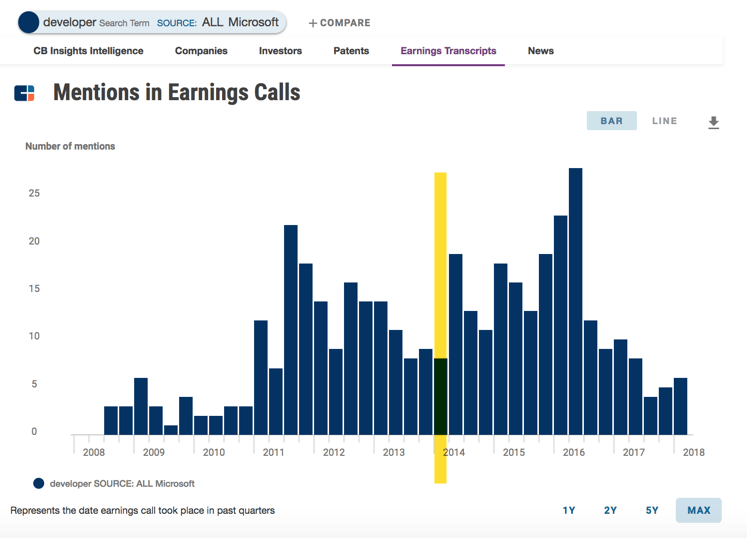 Microsoft’s investment activity into developer-centric companies, however, has intensified over time via the Microsoft Accelerator or M12, its corporate venture arm.

Its developer-specific investments and acquisitions in just the last year include: