Research Brief
3156
Despite the overall slowdown, Openview Venture Partners and General Atlantic are on track to surpass 2015 deal activity into tech companies at the current run rate.

Over the past few years, growth equity — also referred to as growth capital or expansion capital — has emerged as an increasingly common form of investment into private companies. Growth equity-stage businesses have also begun to attract new investor types like private equity firms and unusual suspects.

As the space becomes more competitive, we decided to look at the deals of the most active growth equity investors and their participation in investments to private tech companies over the last five years. We chose these investors based on tech investment activity since 2012.

On a quarterly basis, Q2’16 deal activity hit 14 deals recovering somewhat from the Q1’16 low point. But still well below the average of 19 deals seen across the last 18 quarters.

Tech investments with the participation of the aforementioned growth equity investors in Q2’16 include deals like the $1.2B Series F III in Snapchat and Cylance‘s $100M Series D round. 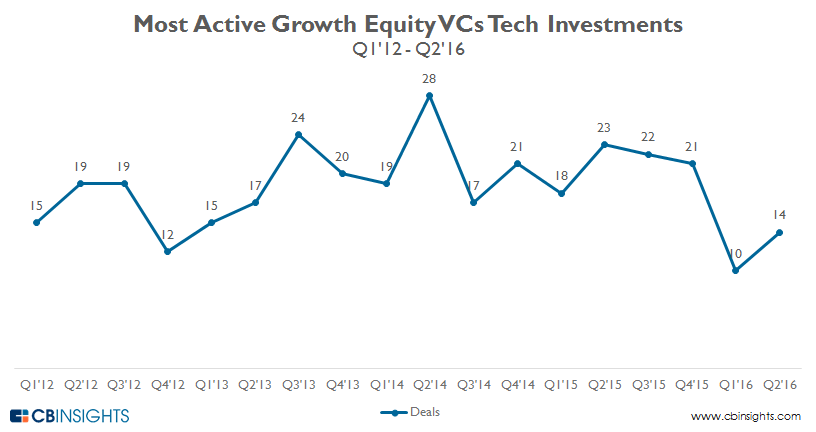 Insight Venture Partners and Technology Crossover Ventures were the most active investors in 2015 but at the current run-rate will not surpass their 2015 highs. Summit Partners had a strong 2015 participating in 13 deals (Gainsight, Siteimprove, Advance Health) but only participated in 4 deals in 2016 as of 7/18/16.

In contrast, Openview Venture Partners and General Atlantic are on track to surpass 2015 deal activity at the current run rate. 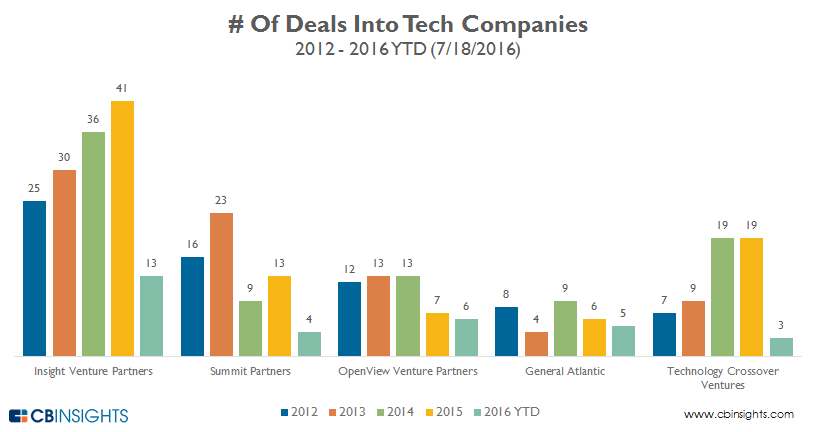