The image above shows a deal for a crayfish meal at Chinese Groupon clone, Meituan.com. As the hype of group-buying sites dies down in the US, what are the other Groupon clones active around the world?

When Groupon started gaining popularity in the US, the market quickly flooded with clones trying to ride the popularity of the “daily deals” model. Internationally, similar companies were popping up continuously, with many of them being acquired by Groupon itself as it expanded internationally or acquired by other larger e-commerce players. Many deals services died off as the market became saturated. When we look at Groupon, we can see how the company’s acquisition activity petered out once daily-deals momentum faded: 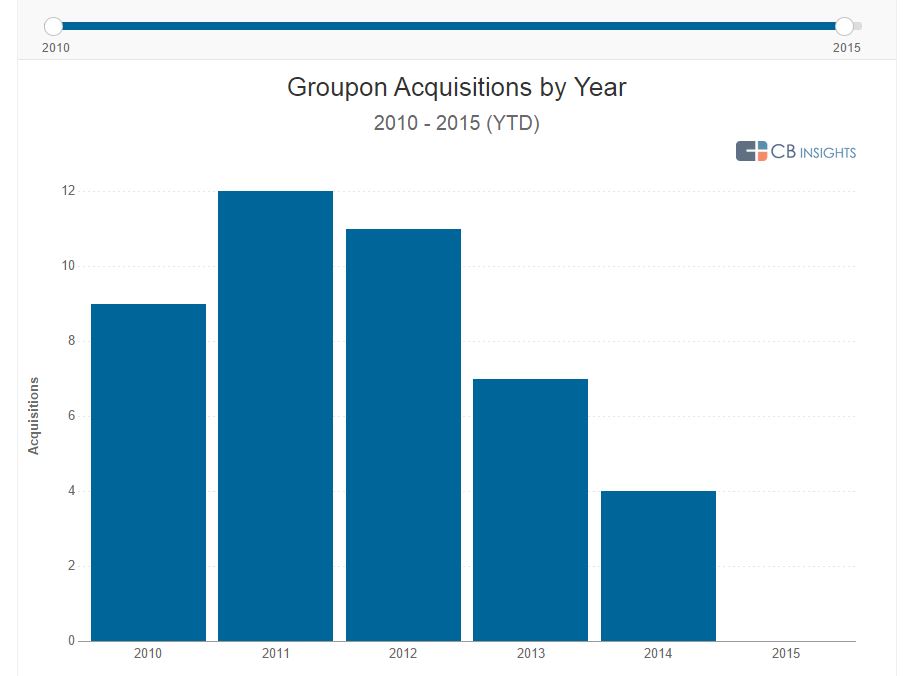 The majority of the 44 disclosed acquisitions Groupon made between 2010 and 2014 were of other daily-deal sites including Twangoo, Qpod, and Darberry. In Asia, some of the larger players like Alibaba launched their own daily-deals site like Juhuasuan. Other similar services in Asia, including 55tuan, have gone public. Below is a list of still-private Groupon clones around the world, limited to companies focused on group buying or daily deal offerings that also have raised money.

Want more data on international companies? Check out our venture capital database below.