Research Brief
2723
Investors are poised to funnel more dollars into grocery delivery than prepared meal/restaurant delivery startups for the first time this year. But investment in both categories is down.

Food delivery racked up the most deal activity of any category within the broader on-demand economy in the last five years as startups crowded into the space. To better understand investor interest in this industry and how it has evolved, we separated it into two broad categories — meal and grocery delivery — and drilled into funding trends for each: 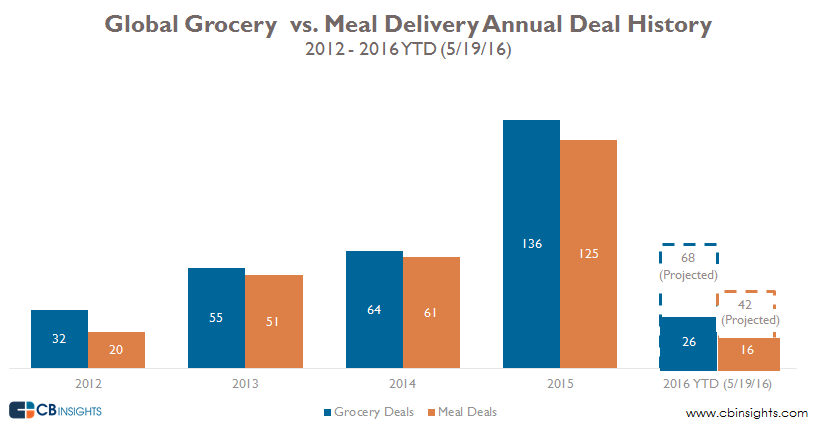 Putting together deals and dollar funding data, that means the average disclosed deal size to meal delivery startups, at roughly $25M, is nearly twice as large as the average grocery deal of $13M. 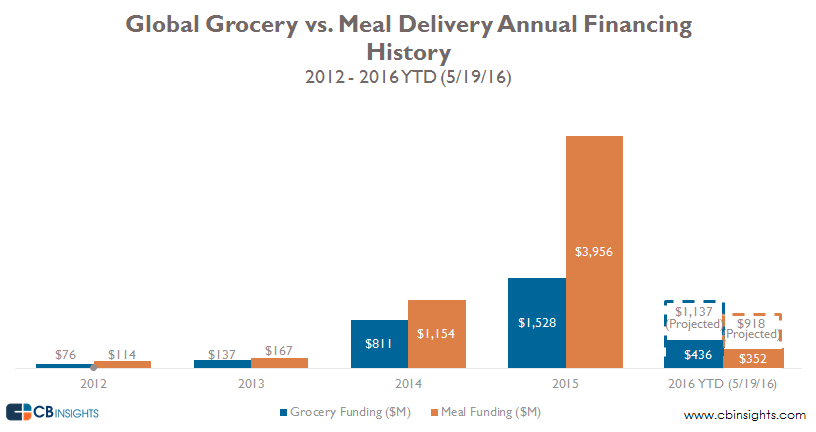 China’s Ele.me is the giant in the space and it raised three mega-rounds in 2015 that contributed to meal delivery’s funding peaks in Q1’15, Q3’15, and Q4’15. (In fact, without the massive $1.25B investment from Alibaba and Ant Financial Services Group, funding in Q4’15 would have dropped to a three-quarter low, instead of a record high.) 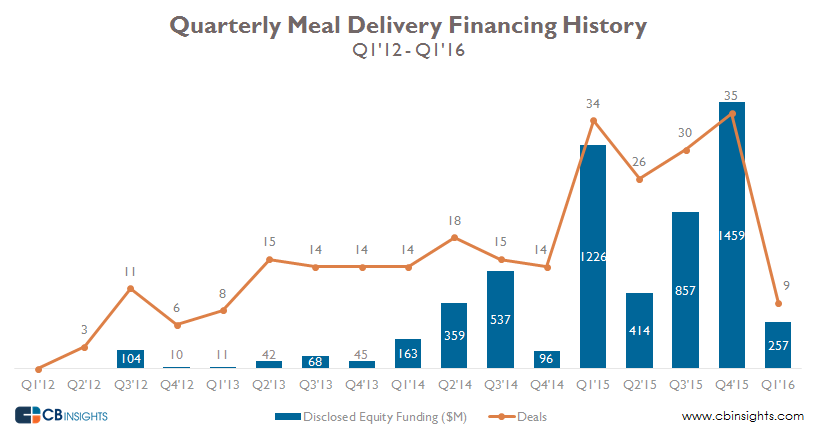 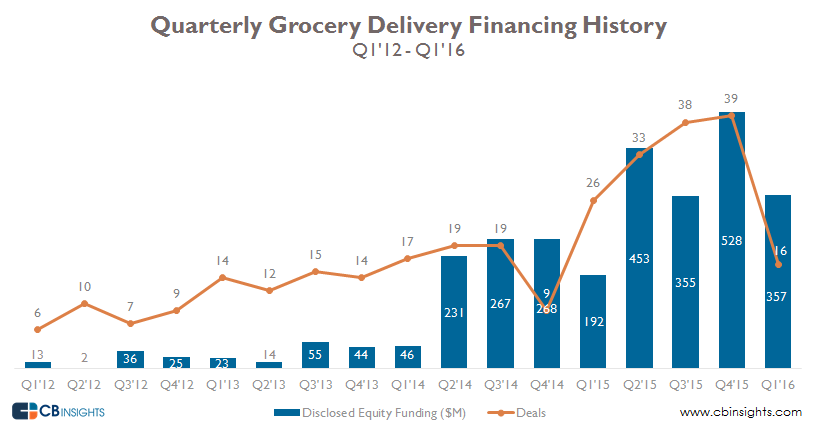 Want more data on food tech financing trends? Login to CB Insights or sign up for free below.