Research Brief
1807
There was greentech funding growth in 2014 after two years of decline, but it might be too early to celebrate.

Greentech has historically been a hot-and-cold area for VCs due to the industry’s capital-intensive nature, long timelines for returns, and inherent risk. Using CB Insights data, we see that funding into VC-backed greentech companies reached a peak in 2011, with more than $5.8B invested across 374 deals. However, Solyndra’s collapse in late 2011 caused investors to lose confidence in the sector as a whole, resulting in two years of decreased funding and deals. 2013 saw a 41% decrease in deals and 62% decrease in dollars compared to the 2011 peak. 2014 saw a slight uptick in deals and dollars, but Q1’15 has been off to a slow start with less than $450M invested across more than 45 deals. 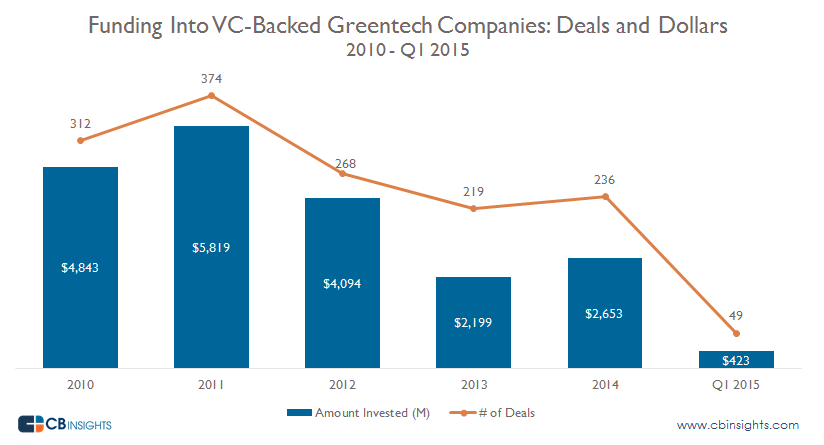 Deals into VC-backed companies were stage-agnostic in 2014 after 3 years of concentration in mid-stage deals. The biggest jump was in Series E+, which doubled its share of the number of deals between 2013 and 2014 to take 12% of total deals in 2014. Growth in the late stage has remained consistent in Q1’15, with more than 15% of deals happening in Series E+, while early-stage hit a low taking less than 25% of total deal-share in the past quarter. 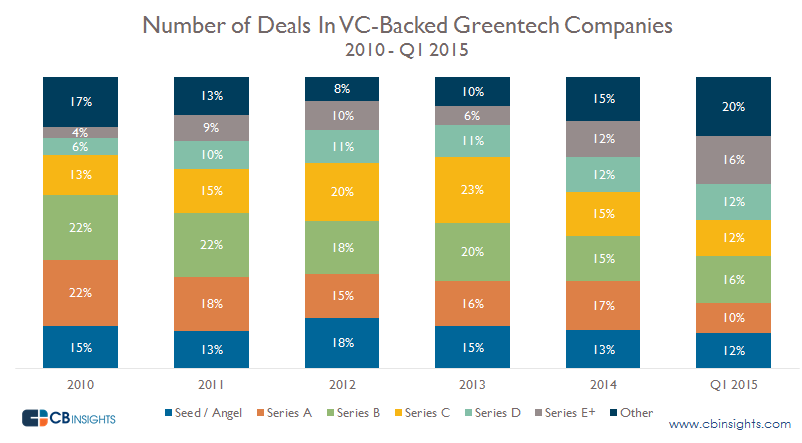 Similar to deals, late-stage dollar-share saw a bump in 2014. Late-stage deals accounted for a cumulative 47% of dollars into VC-backed greentech companies in 2014, after a drop the previous year to 33%. 2015 has already seen 31% of greentech dollar share go into Series E+ deals, including investments in View and Chromatin. 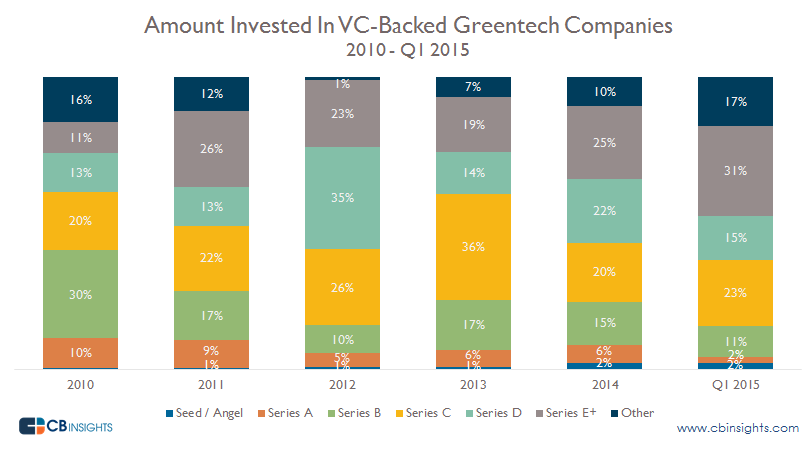 On an industry-category level, renewable investments have taken nearly a third of total deals since 2010. Nearly half of the deals in renewables have been in solar companies, including now-public SolarCity and unicorn-club member SunRun. Internet software & services was the second largest category by deal share, taking 8% of deals since 2010, with the top deals focused on energy-analytics and agriculture-data companies. 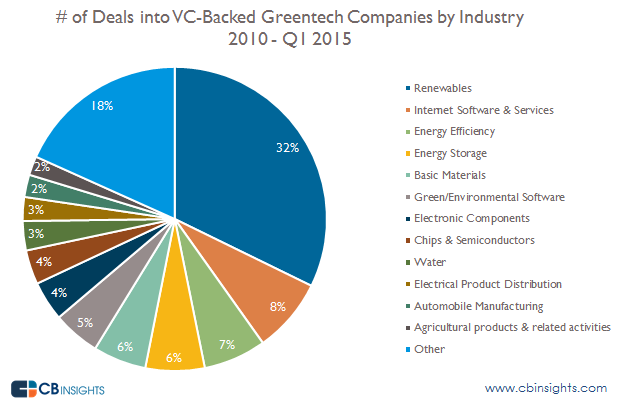 In terms of dollar share, renewable companies took nearly half of all dollars going into VC-backed greentech companies, most likely due to the industry’s higher capital necessities. The rest of the dollars were relatively evenly spread out among other industry categories. 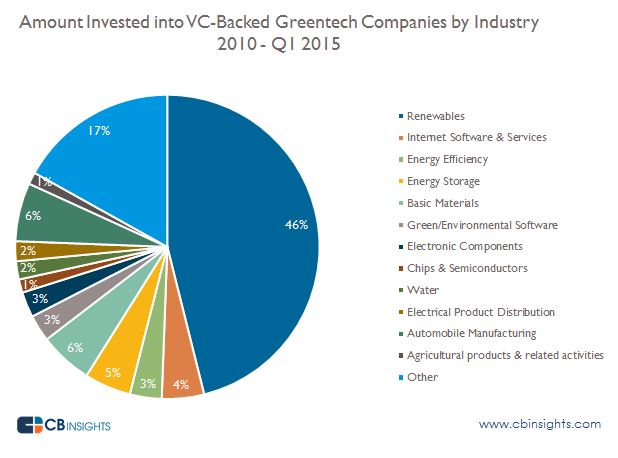 *Analysis did not include debt or grant rounds

Want more financing data about greentech? Check out our venture capital database below