From underwater robots originally designed to detect leaks in underwater nuclear reactors to automatic nursing assistants, grants are funding the future of AI and robotics.

The “fourth industrial revolution,” centering on advancements in robotics and artificial intelligence, was the theme of the 2016 World Economic Forum in Davos earlier this month.

“We stand at the brink of a technological revolution that will fundamentally alter the way we live, work, and relate to one another,” wrote Klaus Schwab, executive chairman of WEF.

With this in mind, we have identified seven robotics companies that received grants in 2014 and 2015 for products that may eventually revolutionize fields ranging from underwater exploration to combat medical assistance. A handful of them received initial funding from federal agencies like the US Department of Defense through a program know as the Small Business Innovation Research (SBIR). MassVentures, a venture capital firm that supports startups in Massachusetts and helps commercialize technologies previously funded by the SBIR/STRR programs, provided grants to 4 of the 7 projects on this list.

The Waltham, Massachusetts-based company recently received a $500,000 Stage III grant from MassVentures and a $200,000 Phase II grant from the US Department of Defense for its unmanned water vehicle (UWV) technology, BIOSwimmer. The tuna-shaped robot mimics the dynamics of fish to improve underwater maneuvering and searches.

“For constricted and hard-to-reach underwater places where inspection is necessary, it’s the perfect fish,” the Department of Homeland Security reported on its website.

The company’s quadcopter, InstantEye, has caught the Pentagon’s attention, allowing troops to get “eyes in the sky” at an operating cost of less than $1K, Foreign Policy Magazine reported. The unmanned air system takes inspiration from the flight of hawk moths in turbulent conditions.

The company claims the drone has a vertical climb rate greater than 2,000 feet per minute.

Energid, which develops advanced software for the robotics industry, received a grant for manufacturing humanoid robotic arms with seven degrees of freedom (i.e. “axes of motion” that allow the arm to move independently in different directions).

MassVentures’ $400,000 grant will be used for the development of a product line focused on these robotic arms called Cyton, under the umbrella of Robai — a wholly-owned subsidiary of Energid.

“Software-centric robots have the potential to transform industries. Applications include device testing, parts assembly, packing, and remote inspection,” the company said in a press release. 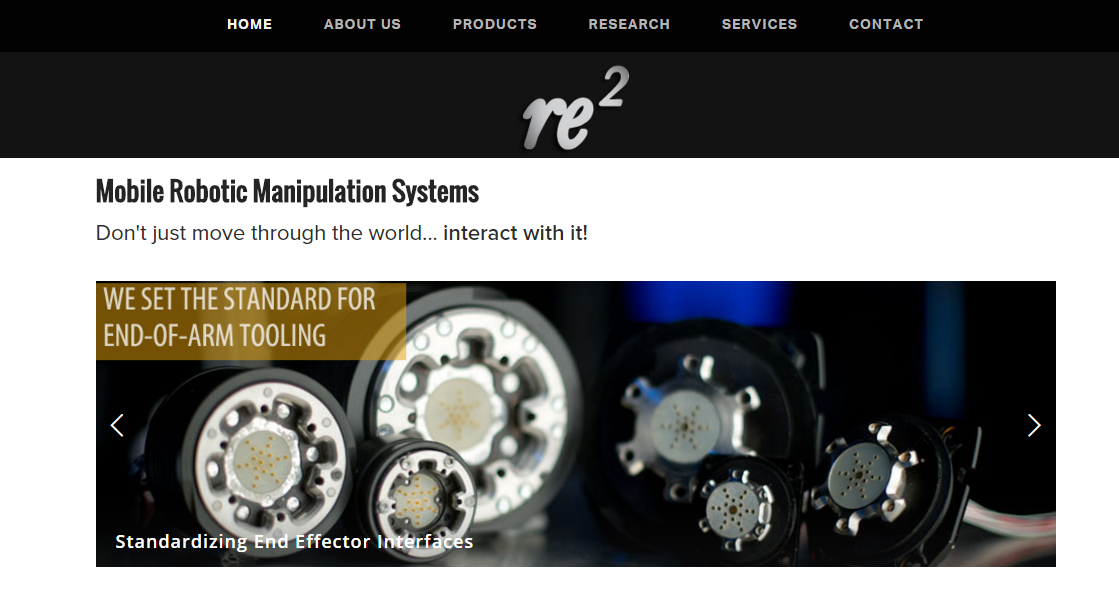 The US Army awarded a grant of approximately $100,000 to Pittsburgh-based RE2 in 2014 to develop a robotic system that can be carried by military vehicles and deployed to provide medical assistance during combat situations and rescue efforts. The payload module, called LIFELINE, will specifically be used in the army’s semi-autonomous ground vehicles for casualty extraction.

HStar was a winner of the MassVentures 2015 START program for its robotic nursing assistant (RoNA) technology. The project was launched in 2009 with the aim of preventing back injuries in caregivers while carrying patients. HStar claims the autonomous robot can lift patients weighing up to 500 pounds.

In 2011, the company announced that it had secured a total of $1.5M in grants for its RoNa and cRoNA (combat RoNA for military use) from the Small Business Innovation Research program.

The Rhode Island-based startup makes 3D laser-scanning drones that uses LIDARS (light radars) developed by California-based Velodyne for remote sensing. The UAVs are designed for surveying and mapping. It was one of the 16 winners at the startup accelerator MassChallenge’s 2015 Boston event and received a $50K grant from the accelerator.

The underwater, artificially intelligent drones will be used for ocean exploration and to perform specific underwater tasks to prevent risk to human life.

“Originally designed to look for cracks in nuclear reactors’ water tanks, the robot could also inspect ships for the false hulls and propeller shafts that smugglers frequently use to hide contraband,” researchers from MIT — where Hydroswarms founder Sampriti Bhattacharyya first designed the technology — reported. The company was also a winner at the 2015 Boston MassChallenge event and received a $50K grant.

Sign up for our venture capital database below for more information on travel tech companies.