In 2013, 8VC founding partner Joe Lonsdale wrote, “Government represents one of the most challenging sectors in which to build a business. Yet the challenges represent opportunities for those bold enough to tackle them.”

From transit planning software to civic engagement and data storytelling platforms, a host of technology startups are aiming to transform government services in every area, from police departments to city planners to water agencies.

One of the perceived challenges in targeting government has been the prolonged software sales cycle. But as the chart below highlights, some startups have recently been able to scale into hundreds of government agencies in just two years. Remix Software, a public transit planning platform founded in October 2014, now works with over 200 transit agencies globally. 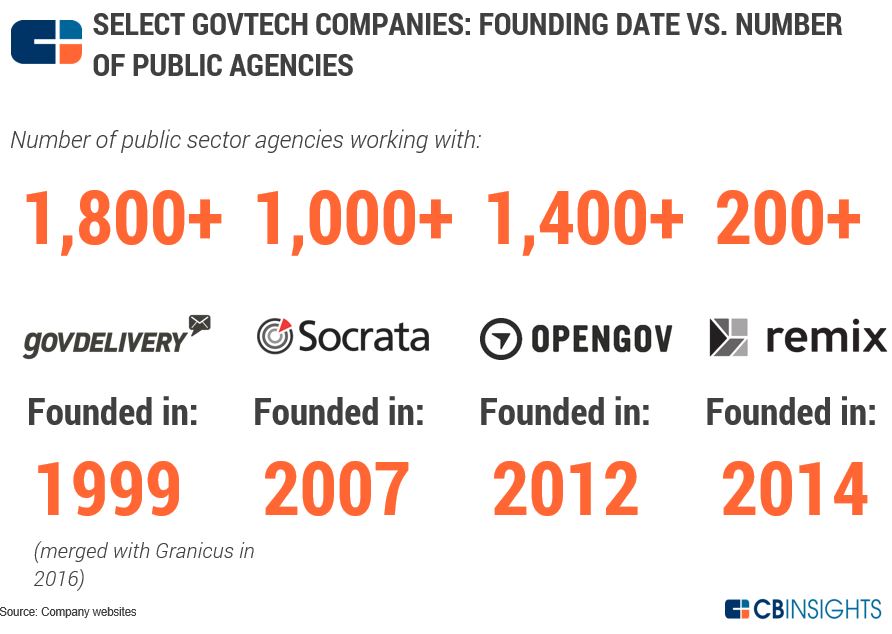 We define govtech as technologies allowing governments to become more efficient and better deliver services to citizens. Companies here primarily have the public sector (state, local, etc.) as their target customers and span use cases ranging from transit planning software to data storytelling platforms to civic engagement platforms and much more. 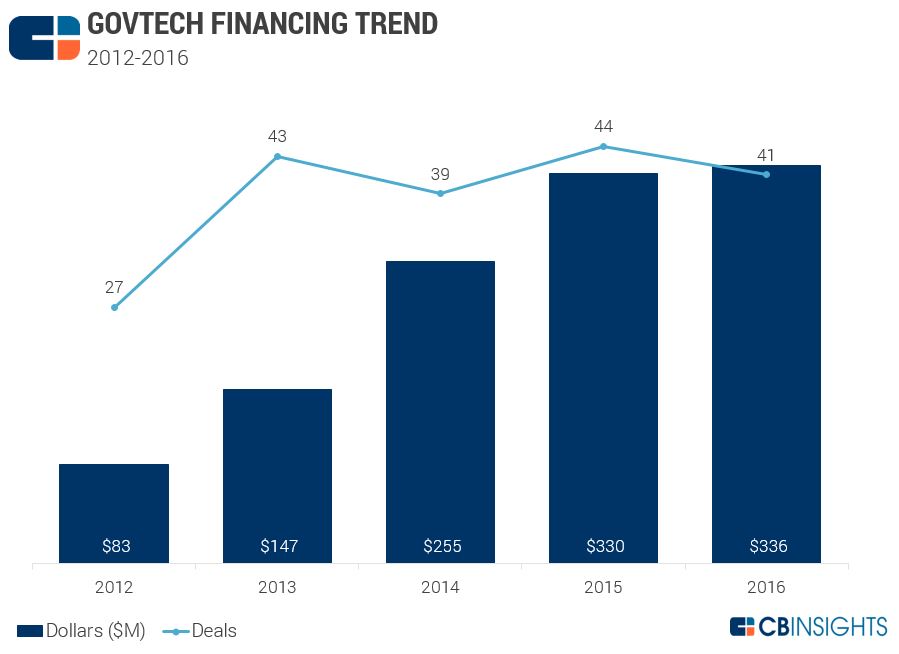 US govtech investment by state

Since the start of 2012, more than 20 states have seen a govtech startup receive an investment. California has taken 40% of deal activity to govtech startups over the past five years. Startups receiving investment outside of California in 2016 include public asset and land management software company Cityworks (Utah), data storytelling platform LiveStories (Washington), and law enforcement software firm Mark43 (New York). 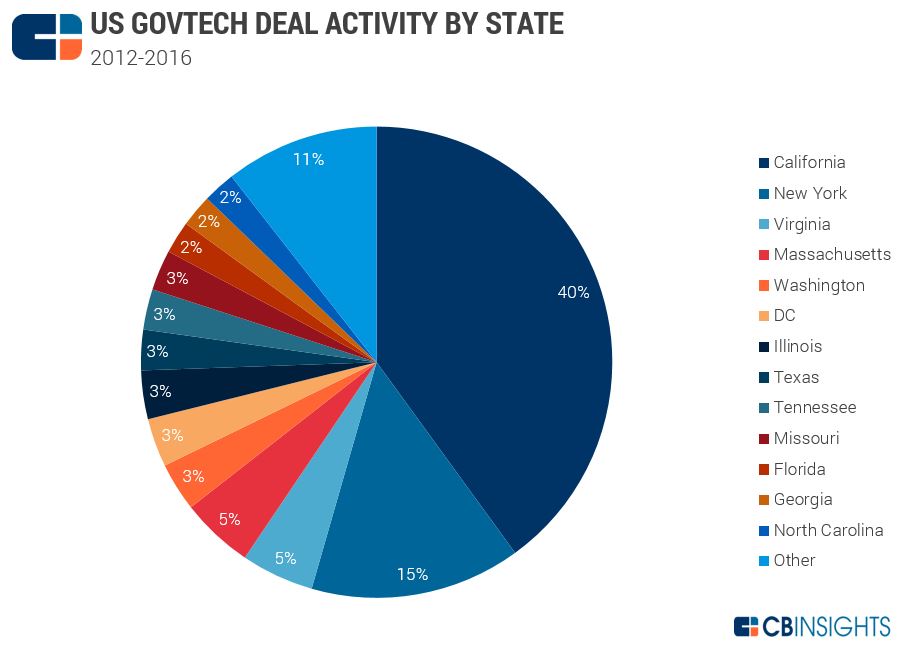