Google Compare, which is now being shut down, brought in 10% of CoverHound's business. Here are the venture-backed startups working in car insurance comparison.

In March 2015, Google officially entered the US insurance market to much fanfare with launch of its auto insurance comparison engine, Google Compare. Less than a year later, Google has announced that it is pulling the plug, according to media reports.

While Google Compare had partnered with existing comparison sites in the US to power the platform, including CoverHound and Admiral Group-owned Compare.com, the site reportedly was not “generating substantially more revenue than standard search ads for such products.” The move will affect Google’s partners: Google Compare, for example, was bringing in 10% of CoverHound’s business.

Despite the challenges Google faced, a number of venture investors have bet on startups operating in the US auto insurance comparison market. In the past month, two have raised new funds: Cambridge, Massachusetts-based Insurify, which also plans to launch an SMS-based virtual insurance agent, and Austin, Texas-based The Zebra, which raised a $17M Series A.

In light of Google Compare’s shutdown, here’s a quick look at the existing group of US venture-backed auto insurance comparison startups and the investors backing them. Note: Admiral-owned Compare.com is not included in the graphic/table below. 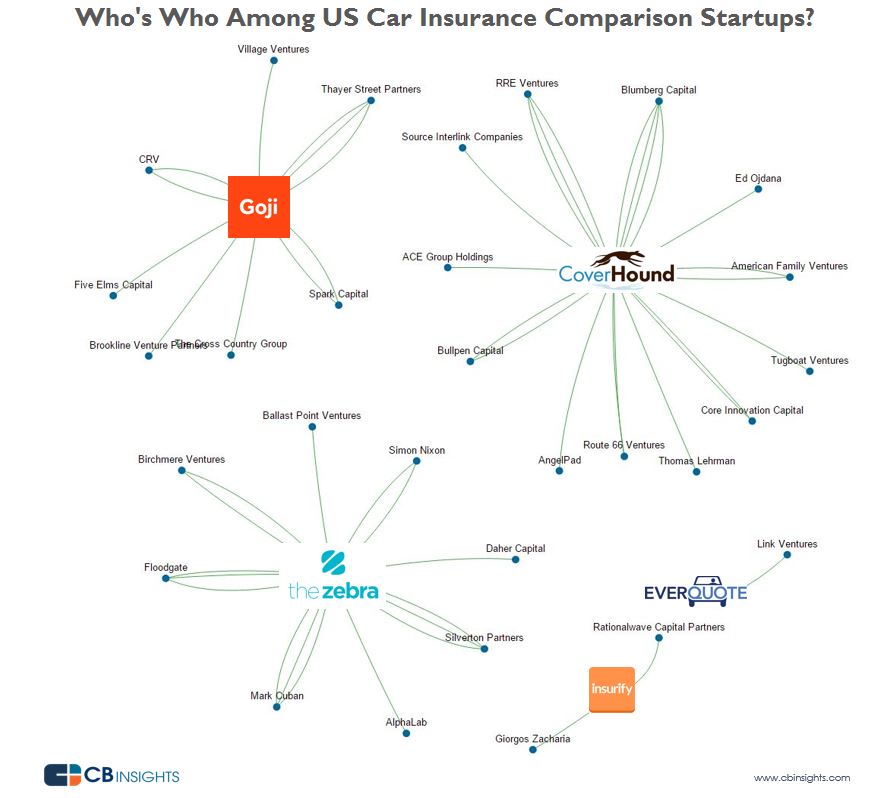 The table below highlights total funding and the number of states each auto comparison startup operates in.