Google is making big bets on quantum tech. From its bullish stance on quantum AI to next-gen medical sensors to chalking up quantum computing breakthrough after breakthrough, here’s everything you need to know.

Quantum computing could change tech forever. And Google wants in.

We dig into all of these themes, and more, below.

Google targets 1M qubits by the end of the decade

Google builds its own quantum computers, and its machines are currently among the most powerful in the world — though not yet capable enough for useful commercial applications.

Google is planning to up the number of qubits (what quantum computers use to calculate things — the more the better) to 1M by the end of the decade. The company believes this will be enough to run an error-corrected, commercially relevant quantum computer.

This indicates that it is doubling down on its quantum computing bets and is expecting the tech to become a more significant part of its business. 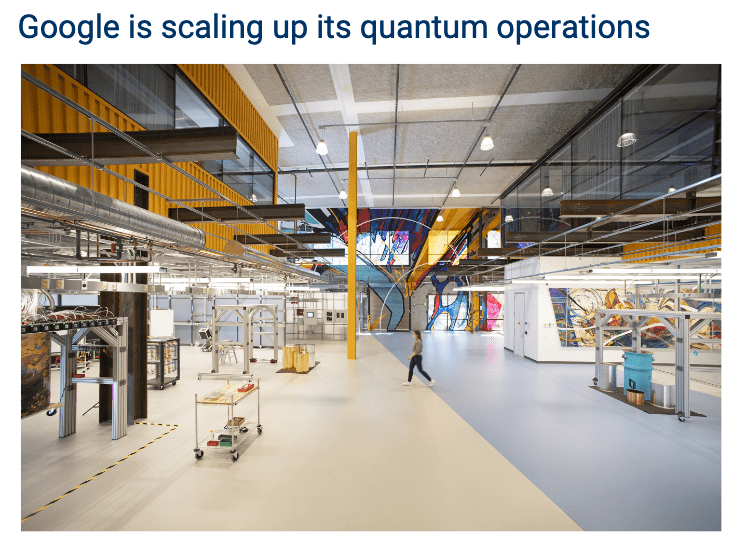 Alphabet has a software-focused quantum team called Sandbox that is dedicated to applying quantum technology to near-term enterprise use cases. Sandbox operates mostly in stealth mode; however, recent job postings and past comments from its leadership indicate that its work includes:

Google has made scientific breakthroughs

Google establishes itself as a quantum science leader

The tech giant is also working with numerous university teams and some corporations, including Nvidia and Boehringer Ingelheim.

Google’s quantum advances keep it in the news 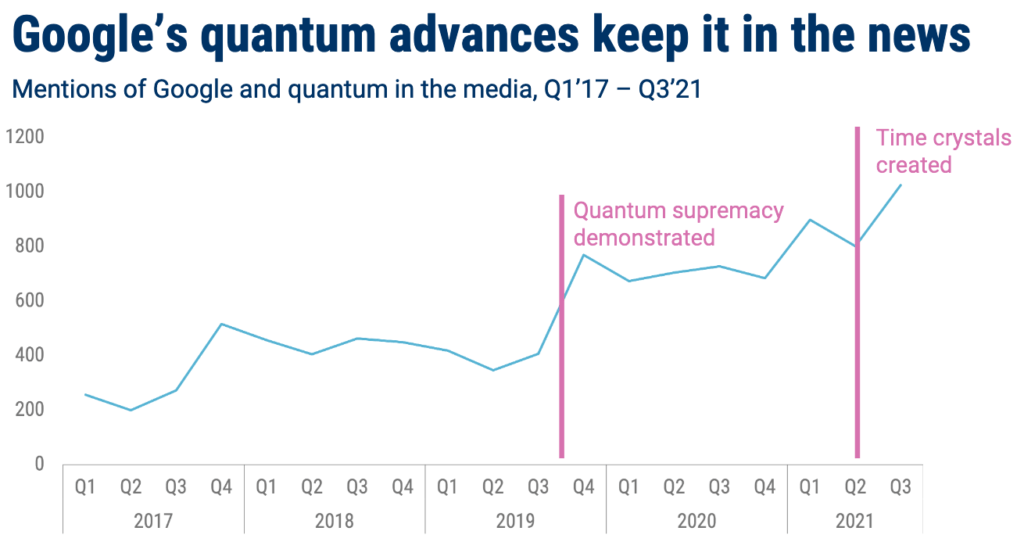 Google thinks that quantum AI is a killer early app

Google’s main quantum efforts are branded under Google Quantum AI and the company sees artificial intelligence as a key application of quantum computers — even in the near term with only moderately powerful machines. 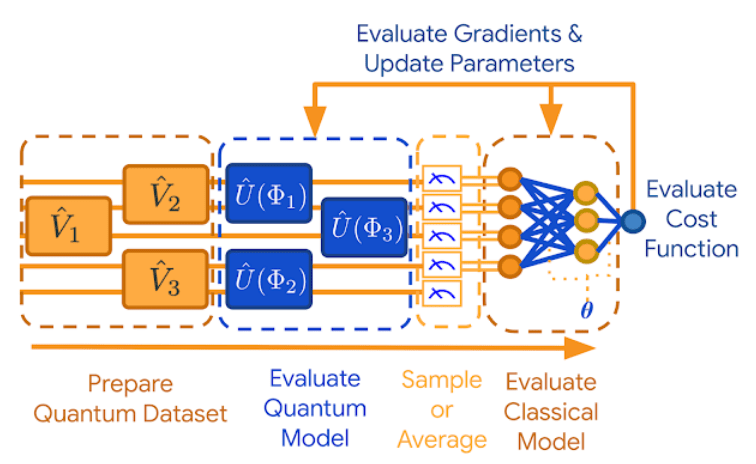 Alphabet is investing heavily in all sorts of AI tools to integrate into its businesses. Though quantum machine learning is only one aspect of this broader strategy, the company is indicating through its big bets in the space that it is bullish on the tech. If it succeeds, then Alphabet could use quantum computing to eventually boost AI initiatives across its entire business.

“As we are thinking about AI, it all starts with foundational R&D we do. I think we are one of the largest R&D investors in AI in the world. And so thinking ahead and doing that and we are doing it across all the foundational areas and we are taking many diverse approaches.” — Sundar Pichai, Alphabet CEO, Q1’21 earnings call

Many of Alphabet’s businesses make use of AI in some capacity. These areas could be given a significant boost by advances in quantum AI, including business lines like: 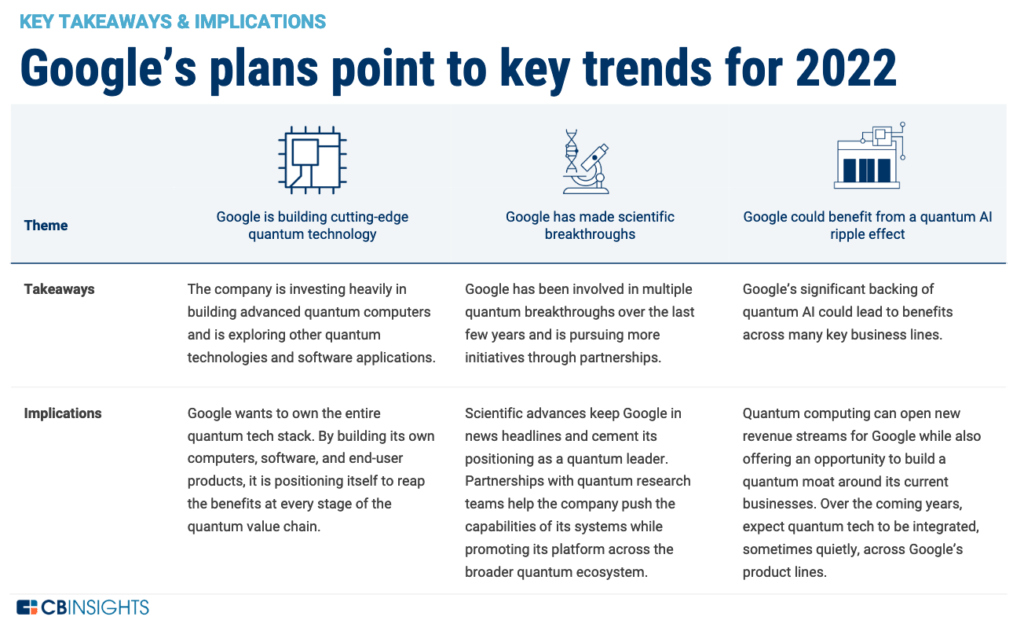 To find out how Microsoft, Amazon, IBM, and Intel are competing with Google, check out the full Big Tech In Quantum Report.