We analyzed the vehicle-related patent activity of Amazon, Apple, Google, and Microsoft.

Auto tech has been one of 2016’s hottest spaces as the potential for increased automation and connectivity has drawn a rush of new entrants to the space. Large technology corporations have been tied to a host of vehicle initiatives, with Google’s long-running car project remaining the standard-bearer for autonomous vehicles.

We studied the patent application trends of Amazon, Apple, Facebook, Google, and Microsoft to compare the research activities of these tech giants in this red-hot field.

Google’s Self-Driving Car Project has long been in gestation (and has finally spun off as Waymo, a distinct Alphabet company), so it’s not surprising that Google has led the pack in vehicular patent applications since 2009. The spike in its activity early in the decade also coincides with a reversal of the company’s historical anti-patent philosophy.

Apple comes in second during that time frame, evidence of Cupertino’s “Titan” vehicle project. It’s worth noting, though, recent reports have suggested that both Apple and Google/Waymo have scaled back from full-blown vehicle development. They are now supposedly focusing on software like autonomous driving systems, so it will be worth monitoring their activity going forward.

Meanwhile, Amazon has also applied for a handful of vehicle patents; most of these related to automated delivery drones and warehouse vehicles, both fields in which the company has been credited as an innovator. 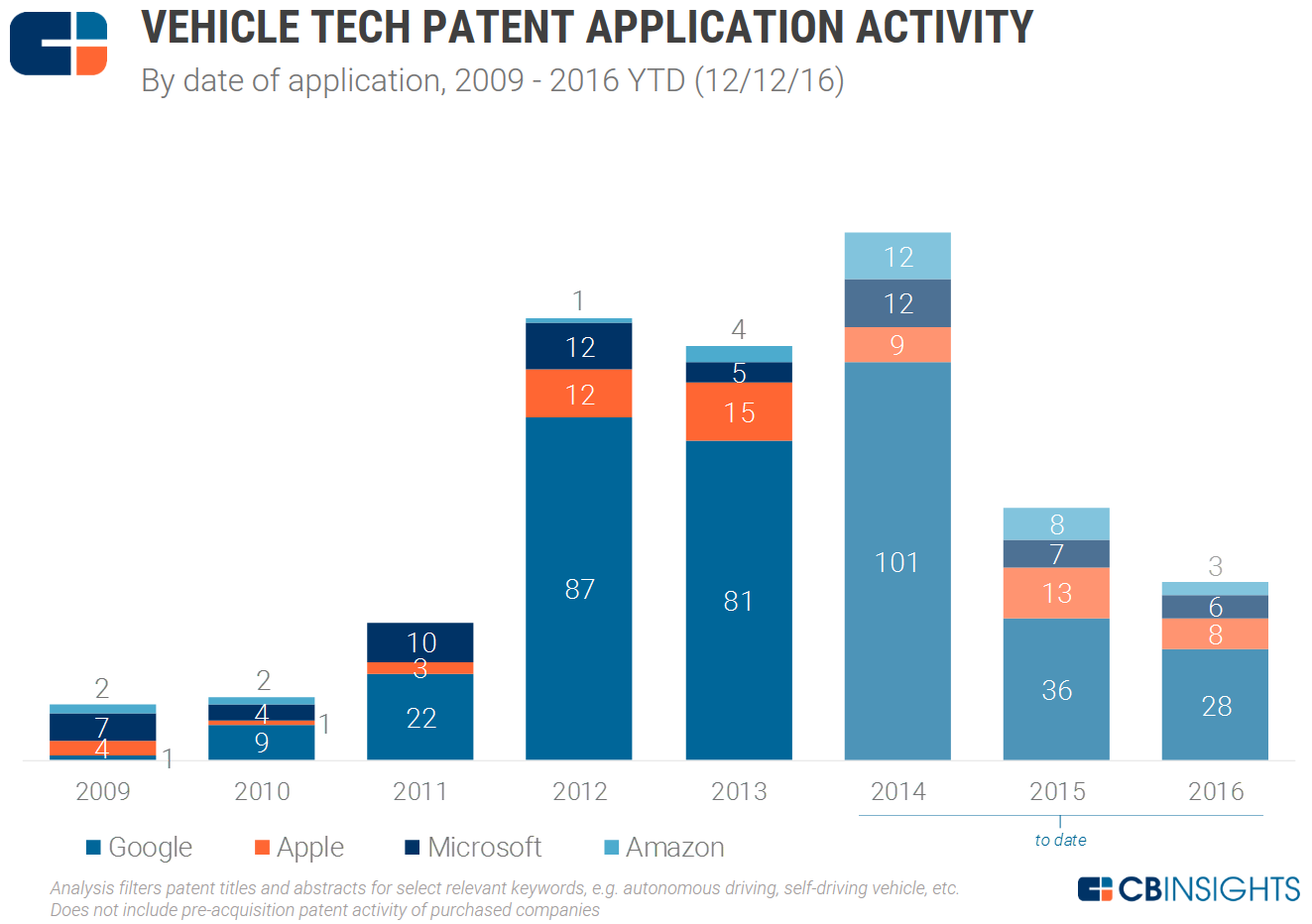 We dug into individual applications to glean more detail on specific efforts. This just-published application from Google describes the mechanisms to both initiate a ride and trigger an emergency stop, either through input buttons in an autonomous car or remotely from other devices like smartphones and wearables. 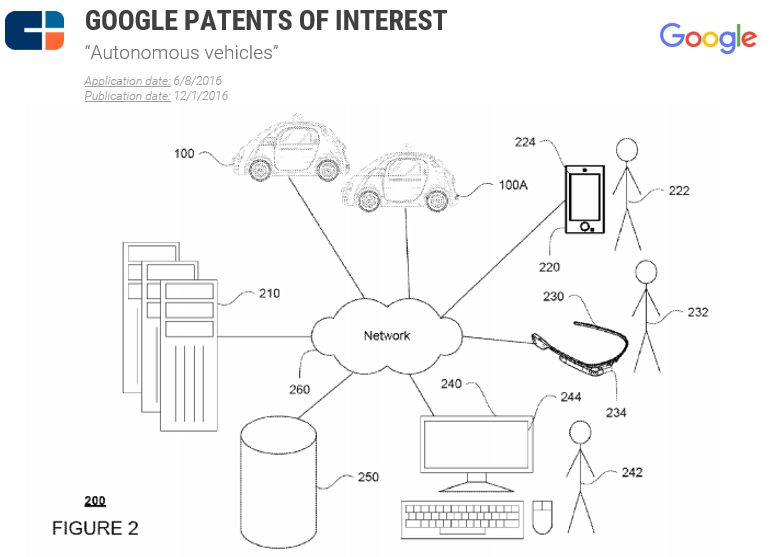 A December 8 publication tied to Apple provides some of the clearest evidence yet of the company’s interest in autonomous driving, describing how an object moving at speed would avoid colliding with “arbitrary polygonal obstacles” in its path. 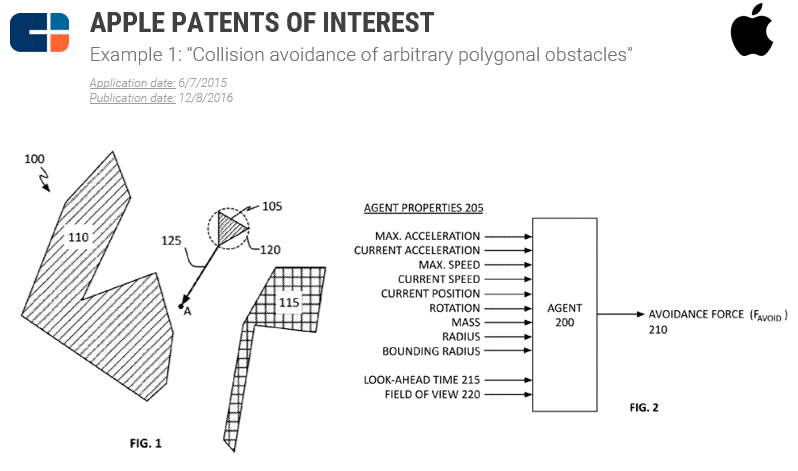 Looking for more data on patent activity? Sign up for the CB Insights tech market intelligence platform for free below.