Google is celebrating its 10th anniversary as a public company this August. And as the company expands far beyond search into home automation, robotics and satellite imagery, Google’s 10th year is proving to be its busiest on the M&A front.

According to CB Insights data, Google has completed 24 disclosed acquisitions through 2014 year-to-date. Of note, Google’s 2014 M&A tally already tops the number of acquisitions the company did in all of 2013 or all of 2012. In fact, Google’s dealmaking pace would be its highest in its existence as a public company at the current run rate.

Interestingly, Google’s deal activity isn’t the only thing up. The tech giant is also doing bigger deals in 2014. Of Google’s 10 largest private company acquisitions in its history, four have occurred in the first eight months of 2014. The data doesn’t include streaming video platform and game community Twitch, which Google has been rumored to be purchasing for $1B.

Lastly, it’s worth mentioning that Google’s corporate venture arm, Google Ventures, has been participating at or near quarterly deal highs in the first two quarters of 2014. 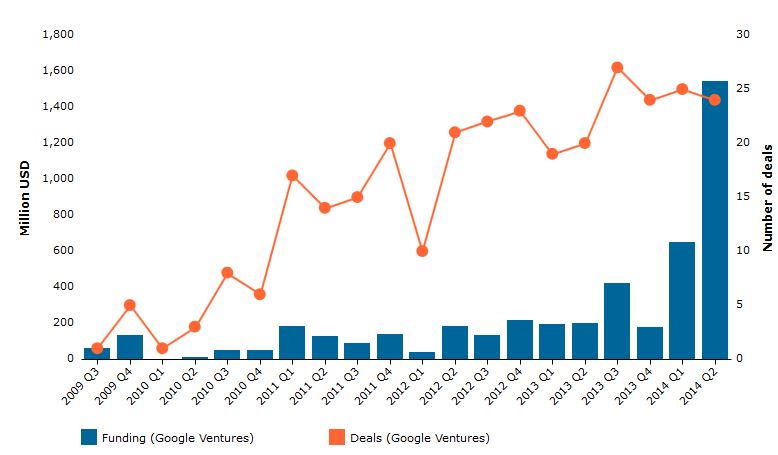