Goldman Sachs introduced Marcus — its digital consumer bank — in October 2016. While Marcus is being developed in-house, Goldman has been active in M&A deals to strengthen its consumer bank.

Goldman Sachs’ M&A strategy has been to target consumer fintechs and acquire engineering and product teams to onboard into Marcus. According to Harit Talwar, Head of Marcus, “deals are usually as much about bringing in good talent as well as the product themselves.” 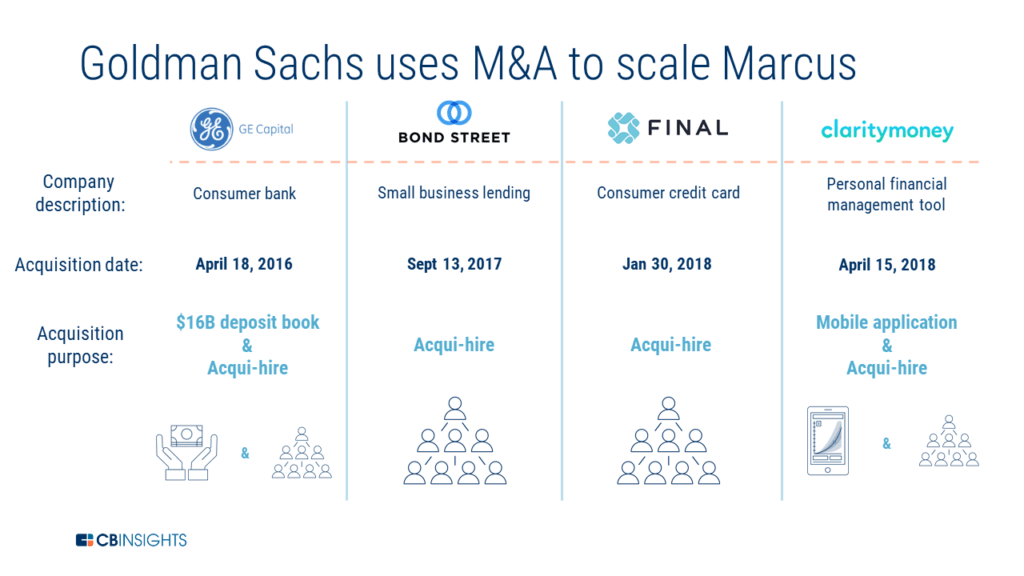 Acquiring digital talent has been a top priority for all banks as they strive to become more tech oriented. For Marcus, Goldman has been able to accelerate this process by acquiring strong outside talent, and integrating them into its existing team.

This strategy has played a role in Marcus’ viral success in its first two years. To date, Marcus has attained over 1.5M customers — accruing $26B in deposits and $4B in total loans originated.