Goldman Sachs is an active investor in high-flying tech companies ranging from Spotify to Docker to Uber. Here's where the bulge bracket bank is focusing its Fin Tech investment strategy.

Over the past several years, Goldman Sachs has made a number of private investments into tech companies including Spotify, Flipboard, Lookout and perhaps most notably, Uber. While traditionally perceived as an adviser to M&A and IPO candidates, the financial services behemoth is now also one of tech’s active investors and counts many Tech IPO Pipeline companies in its portfolio.

Like competitive peer JPMorgan Chase, Goldman Sachs has also ventured into Fin Tech startup investing.  JPMorgan Chase CEO Jamie Dimon recently stated that Silicon Valley is coming for banking and and we’d previously looked at the startups disrupting JPMorgan Chase. Goldman has been sounding similar alarms. The equity research report issued in March estimates that $4.7 trillion in revenue for financial services firms is at risk of being displaced by new tech-enabled or fin tech company entrants. The report states:

“First generation online financial services companies … traditional banks, asset managers, and payments companies are all working to adapt to these behavioral, demographic, and technologic realities. We expect partnerships, acquisitions, and competition will be key to the way the vertical develops.”

Goldman is clearly heeding its own warnings as can be seen below. Using CB Insights Business Social Graph, we analyzed where Goldman Sachs was placing its bets within the FinTech space.

The startups Goldman Sachs is investing in

Goldman Sachs has been very active on the investment front over the past five years. In tech, its deals have been spread across myriad industries – many of which have come as the result of it being a traditional financial investor. Last year, for example, Goldman Sachs got a boost from a large stake in Mobileye. 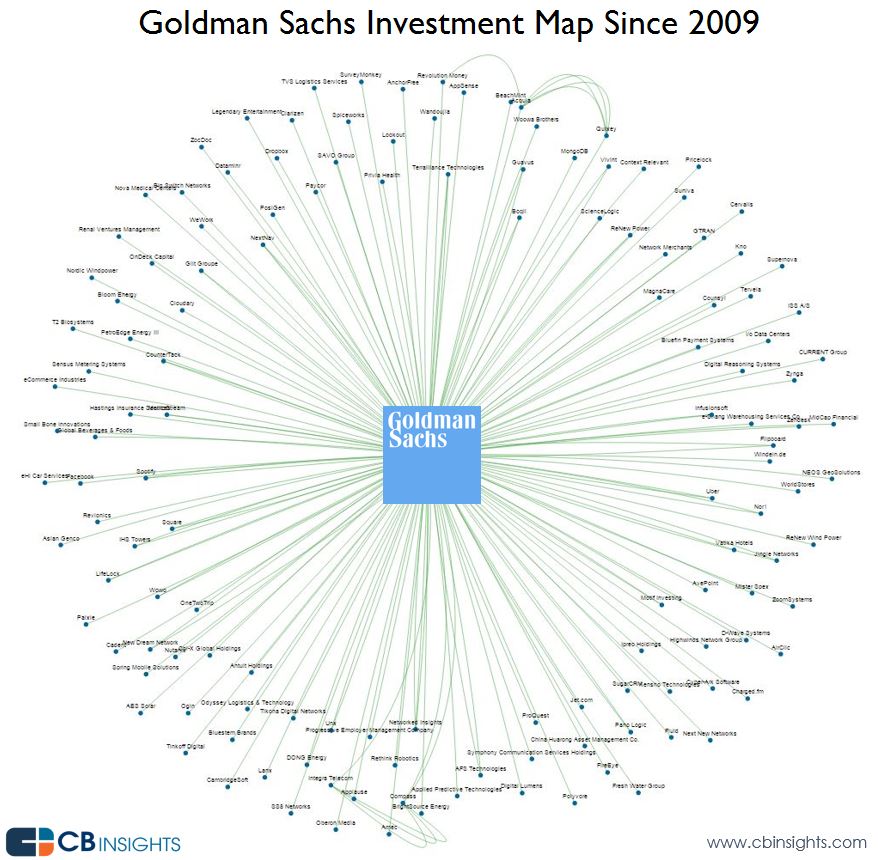 Within Fin Tech specifically, Goldman has focused on a couple of areas.

Interestingly, unlike JPMorgan which has avoided bitcoin/blockchain/cryptocurrency companies, Goldman has made a big move into the digital currency/bitcoin space as a lead investor in bitcoin payments startup Circle Internet Financial‘s latest $50M financing. The deal is notable as it marks the first investment by a bulge bracket bank in a blockchain or digital currency startup.

The visualization below highlights Goldman’s Fin Tech moves and the investment themes they do or don’t fall into. 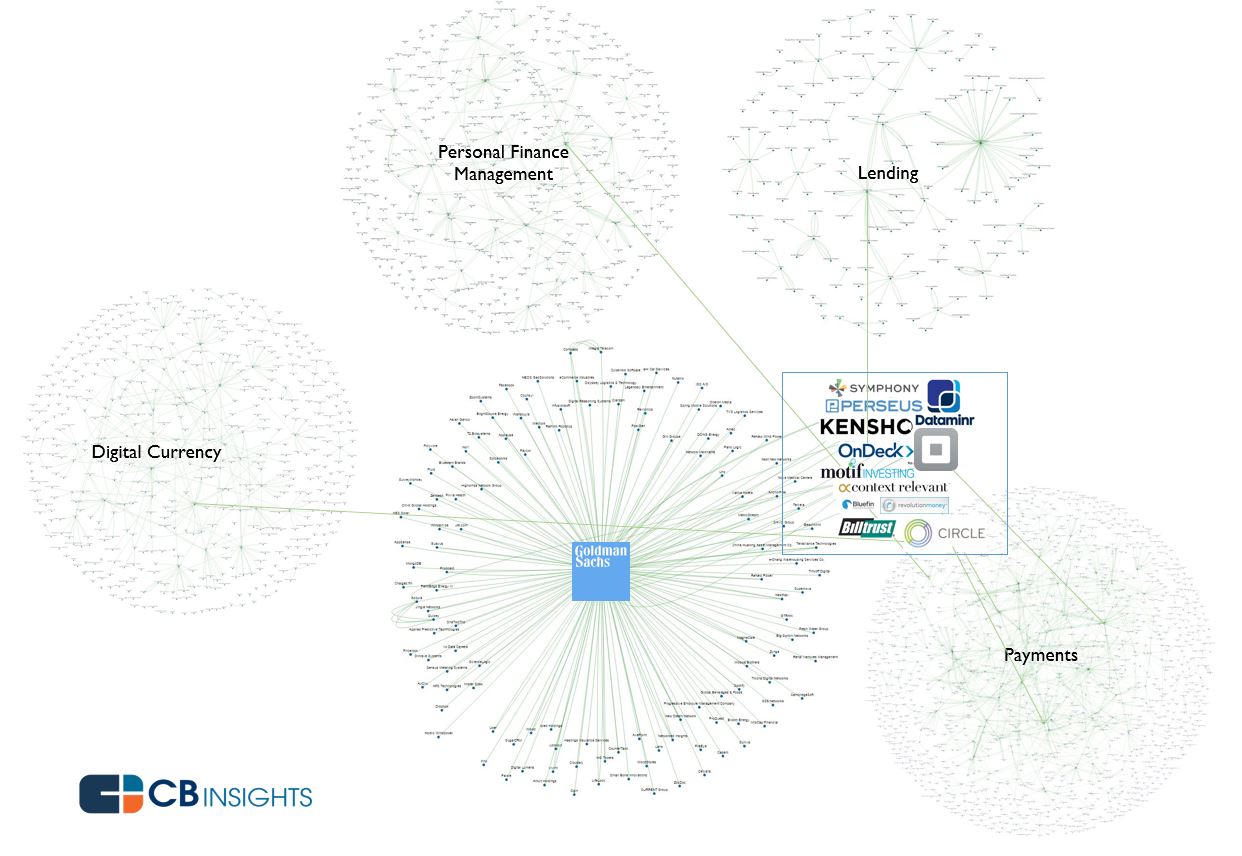 What Kind of Fin Tech Startups is JPMorgan Investing In?

The Periodic Table of Fin Tech

Want to track the Fin Tech investments and exits  of Goldman Sachs, JPMorgan Chase and other financial services players? Sign up for the CB Insights Venture Capital Database free below.