Research Brief
2035
However, as deals get larger, there are fewer of them. 2015 could be the first year without deal growth since 2011.

VC-backed companies continue to raise more money, with the first half of 2015 seeing nearly $60B invested across more than 3,500 deals. This puts the year on track to hit nearly $120B worth of investment, growth of 35% from last year’s already record-high funding total of $88.3B. However, deals have not followed the same growth, with 2015 on track to be the first year without deal growth since 2011. This suggests that deals are getting larger, which is evidenced by the increasing presence of $100M financings. 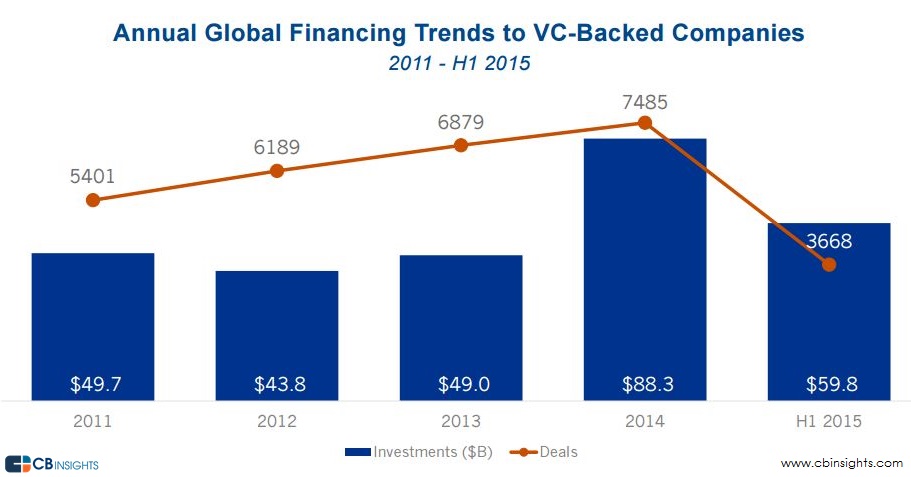 Internet and mobile continue to account for the bulk of deals to VC-backed companies, as the two major sectors accounted for 65% of all deals in Q2’15. All other sectors remained fairly range-bound with healthcare accounting for 12%, software 5%, and consumer products & services at 3%. 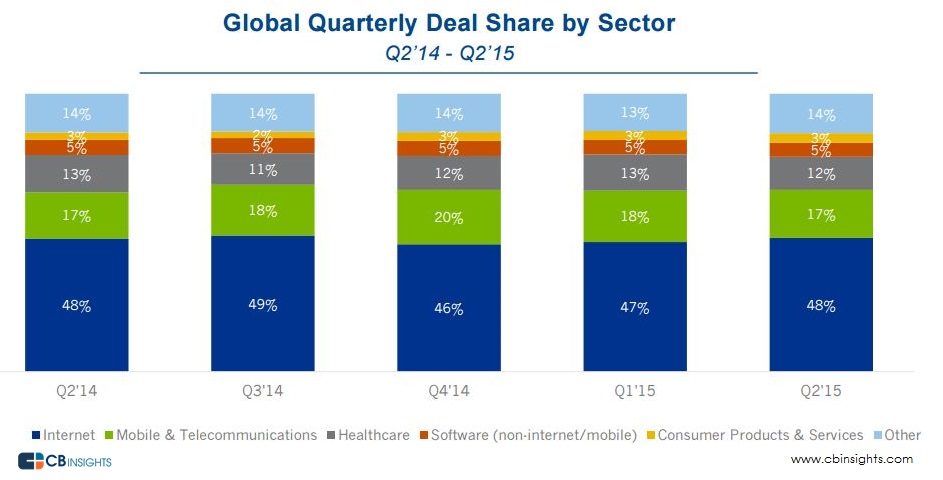 Corporate deal share into VC-backed companies has also remained consistently at 24% for the last four quarters. Corporates are in nearly a fourth of all VC deals worldwide. Large deals in Q2’15, including the $500M Series C by Zenefits, the $160M Series E by Slack, and the $128M Series G by Mulesoft all included corporate ventures. 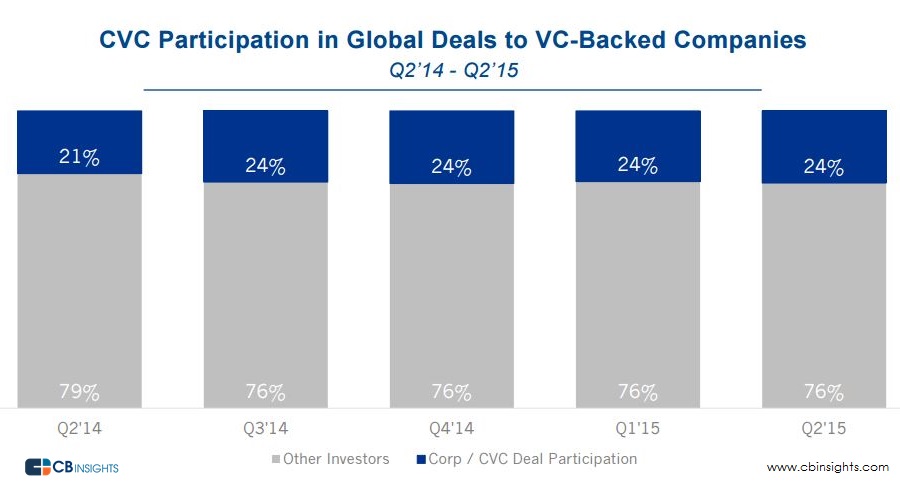 Want more global VC data? Check out our global VC report for Q2’15 or our venture capital database below.