Quarterly funding to VC-backed companies fell 14% in Q3’16 to $24.1B, the lowest total since Q3’14. This represents a drop of almost 40% since the global peak of $39.6B in Q3’15, according to the quarterly KPMG International and CB Insights Venture Pulse Report.

Overall, deal activity remained stable from the quarter prior, but still well below the levels seen from Q2’14 to Q3’15. Meanwhile, dollars invested in VC-backed companies slipped to $24.1B, the lowest quarterly funding total since Q3’14. 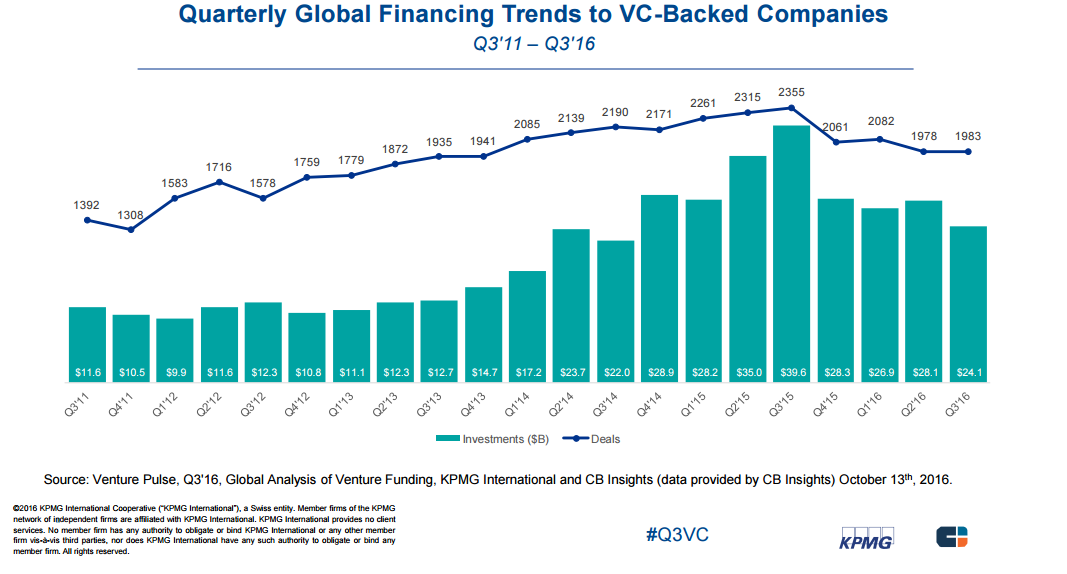 While 2015 was a record year both in terms of deals and dollars invested in VC-backed companies, 2016 continues to see a noticeable pullback in activity. At the current run-rates, both deal count and total global funding are expected to fall significantly under last year’s figures. 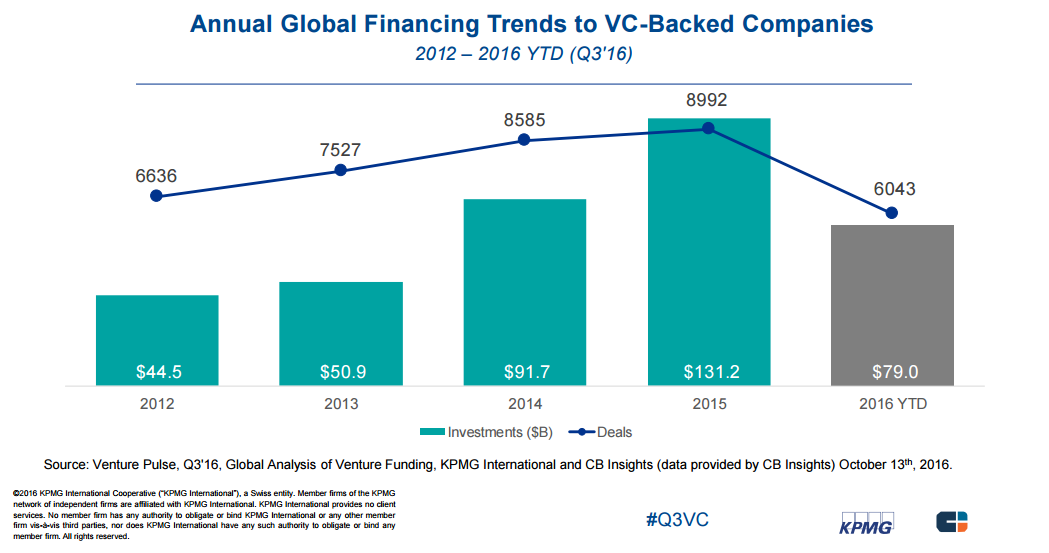 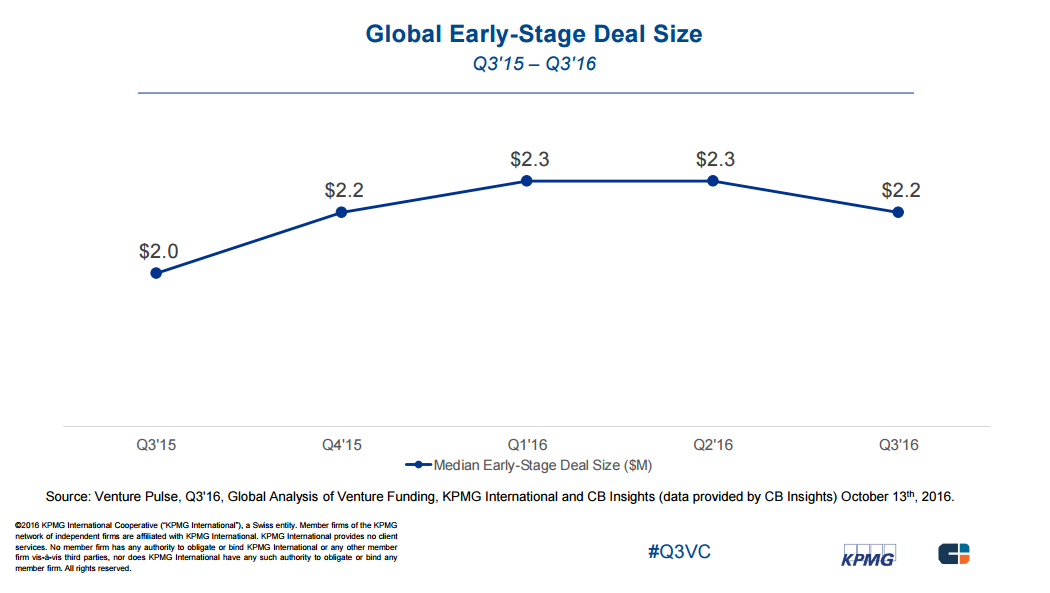 After a temporary reversal last quarter, late-stage deal sizes have resumed their downward march from the Q3’15 peak, dropping to a five-quarter low in Q3’16. The Q3’16 median of $22.1M is now down 37% from the much larger sizes seen a year ago. 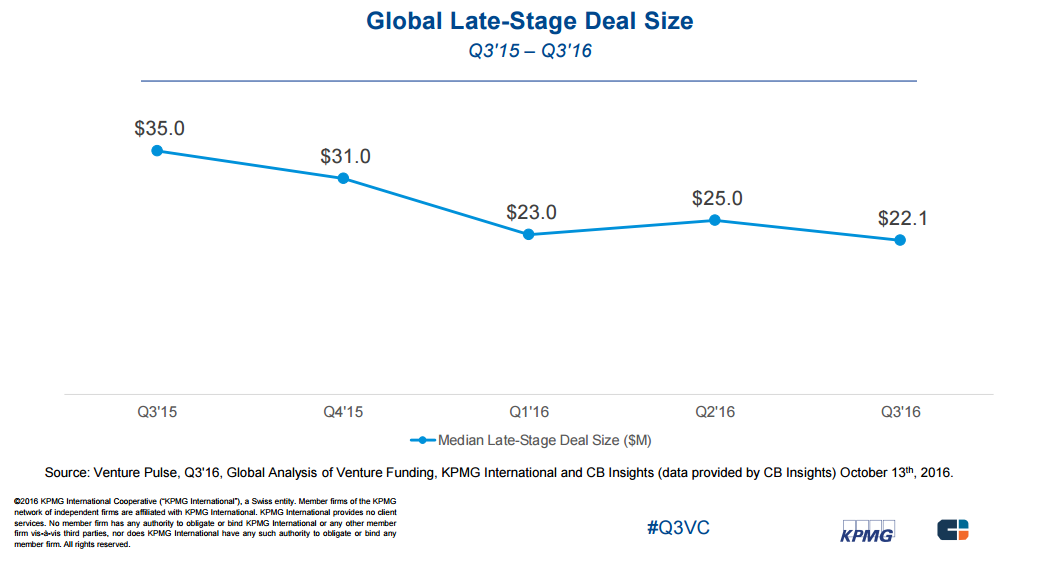 Want more data on VC financing trends? Log in to CB Insights or sign up for free below.